Spotify now lets you search by songwriter with clickable credits 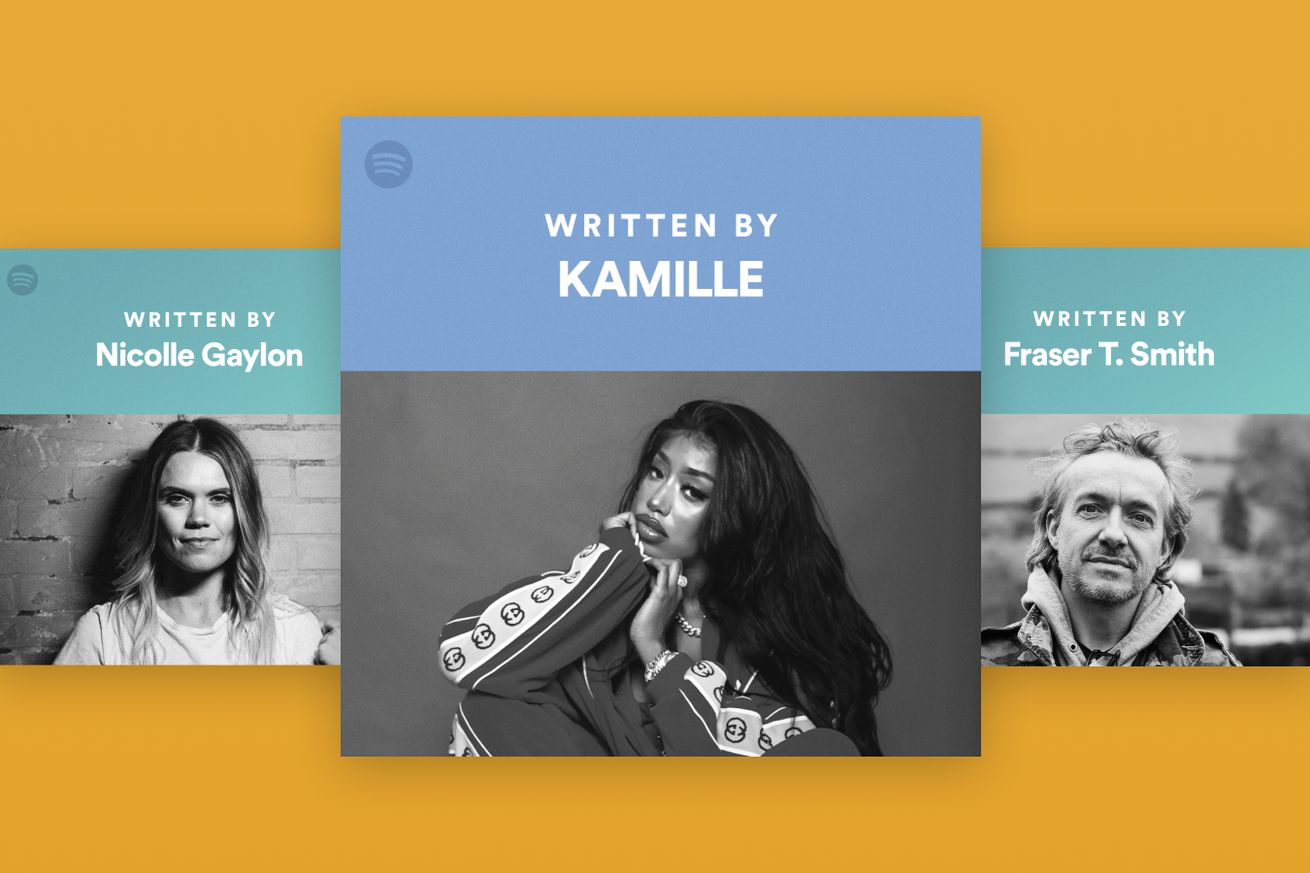 Spotify launched a beta program today for clickable songwriter credits called “songwriter pages.” If a songwriter is included in the beta, listeners can click on their name in a track’s credits to view a page with all of the songs they’ve written. Spotify added song credits back in 2018, but this is the first time any of them have been clickable.

To access a songwriter’s profile, click the three dots next to a track, and then select “song credits.” When you select a clickable songwriter name, it opens their Spotify for Artists webpage, which now shows all of the songs they’ve written and their top collaborators. There’s also a “listen on Spotify” button that opens up a playlist compiled of their work. These playlists, like the songwriter profiles, are only on web for now.

For example, if you view Justin Bieber’s “Sorry” on the Spotify app and display the song’s credits, two of the songwriters are now clickable: Julia Michaels and Justin Tranter. Other songwriters participating at launch include Meghan Trainor, Fraser T Smith, Missy Elliott, Teddy Geiger, and others. Spotify says that songwriters can request their own page to be included as the program continues to roll out.

As it’s a beta, it’s still a work in progress. But there are some obvious bummers. For one, taking people outside of the app is a little messy. Also, the primary image shown on a songwriter page isn’t the songwriter, but the art for the most-streamed track they’ve written. That means you won’t see Julia Michaels on her songwriter profile; instead, there’s a big image of Justin Bieber.

The inclusion of more expansive song credits has been slowly adopted by several streaming platforms over the past couple of years. Among them are YouTube, which added song credits in 2018, and Pandora, which did so in 2019. Although the display of song credits — and the ability to search for music via song credits — is touted as a new way of discovery for users, it’s also a much-needed area for playing catch-up in a contentious time between streaming services and the music industry.

Displayed credits are good for everyone, but songwriters have a lot to gain

Music metadata (which includes song credits) is currently a chaotic mess, with a lack of centralized data and heaps of bad data leaving money on the table for scores of musicians.

While displayed (and interactive) credits are good for everyone involved in a song, songwriters have a lot to gain. They usually make much less than performing artists since most don’t have other revenue streams like touring or merch.

Additionally, songwriters and publishers, in particular, currently have a bone to pick with streaming services, thanks to an ongoing battle over royalty rates. In 2018, the Copyright Royalty Board (CRB) announced that songwriters will get a 44 percent pay raise from streaming services for the next five years. Spotify, Google, Pandora, and Amazon all filed for a rehearing that year and then appealed the increase in 2019, with Spotify citing issues around language ambiguities in the decision.

The trial is still ongoing. Meanwhile, Spotify further stepped on the toes of songwriters and publishers last year when it said it overpaid most publishers in 2018 and asked for the money back, as reported by Billboard. “According to the new CRB regulations, we overpaid most publishers in 2018,” said Spotify. “Rather than collect the 2018 overpayment immediately, we have offered to extend the recoupment period through the end of 2019 in order to minimize the impact of the adjustment on publishing companies.”

Regardless of butting heads, furthering partnerships between online platforms and record labels, music publishers, and music rights societies to fill data gaps is a good thing. It’s valuable on both ends: more money (hopefully) winds up in songwriter pockets, and music fans can hear more from songwriters they love. Eventually, it would be nice to see clickable credits for every contributor on a song — if there’s a guitar solo you like, wouldn’t it be nice to see what else that player performed on? — but this is a welcome start.