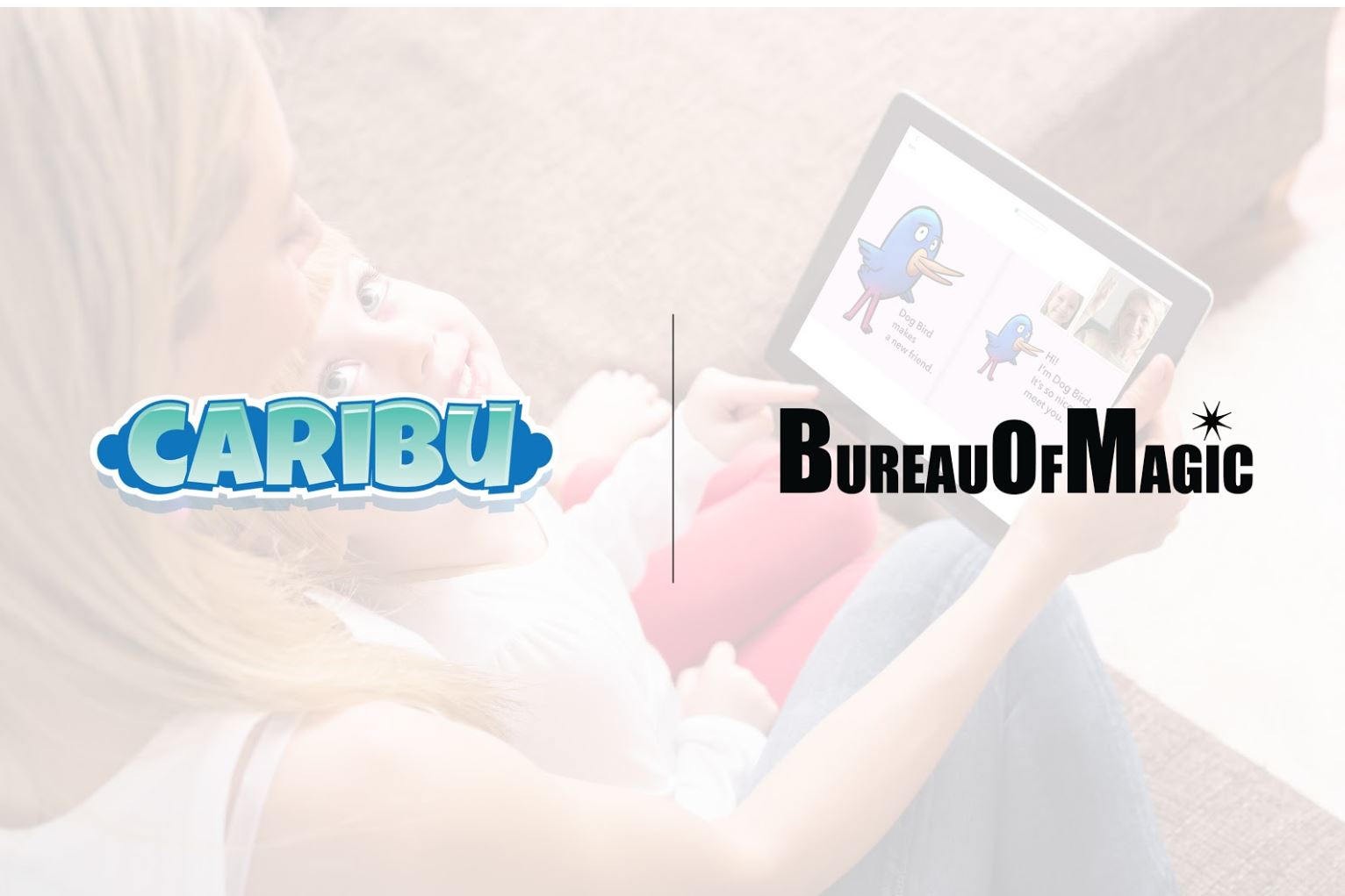 Miami, FL (February 11, 2020) — Caribu, the award-winning video-calling and reading app for families, is partnering with the Bureau of Magic (BoM) content studio to build exclusive collaborations and bring their next award-winning IP to kids and families connecting across the globe. BoM’s previous series, Lost in Oz on Amazon Prime Video, won three Daytime Emmy Awards, including Outstanding Children’s Animated Program.

Recently named one of TIME Magazine’s Best Inventions of 2019, Caribu integrates children’s picture books and coloring sheets into an interactive video-calling app that provides a truly engaging long-distance communication experience for families. Finally, children ages 0-7 can read, draw, and play games in a video-call. The app is available on the Apple and Google Play App Stores.

Max Tuchman, CEO & Co-Founder of Caribu said: “BoM’s storytelling strives ‘to inspire meaningful connections and bring people together’ so it was an easy decision to partner, and ensure their stories could be enjoyed by families separated by distance.”

“At the Bureau of Magic, we always strive to bridge divides, whether those are cultural, emotional, generational, or geographic,” said BoM Co-Founder, Jared Mark. “We love finding unique and innovative ways to connect with audiences. Teaming up with Caribu feels like a perfect fit, using the power of good stories to unite families and loved ones no matter where in the world they may be.”

Caribu helps parents and grandparents to read, draw, and play games with children, in an interactive video-call, from anywhere in the world. The result is an engaging shared screen experience that is carefully designed, curated, and secure. An in-app library is filled with 1000+ titles from leading children’s publishers, in eight languages, and coloring activities that can be drawn on simultaneously. The company serves customers in 160+ countries, has won numerous international and national awards such as being named one of TIME Magazine’s Best Inventions of 2019, and is backed by celebrity investors and great partners such as AT&T, Revolution’s Rise of the Rest Seed Fund, and Toyota. Through a partnership with Blue Star Families, Caribu is free for all currently serving U.S. military. For more information, visit: www.caribu.com

About Bureau of Magic

The Bureau of Magic creates and produces surprising, signature entertainment for the whole family. The Bureau is the creative force behind the animated series, “Lost in Oz,” now streaming on Amazon’s Prime Video, and broadcasting on major networks around the world including Disney Germany, Disney Russia, and Discovery Kids Latin America. The BoM storytelling team has been nominated for 14 Emmy® Awards, winning four, and has been trusted to tell stories about the Wizard of Oz, the NFL, Superman, the Green Arrow and the Justice League. You can find their shows, books, and merchandise at www.bureauofmagic.com.