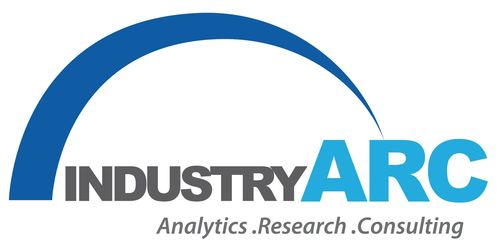 Tartaric acid rates were immediately affected by the supply shortage of natural raw materials such as grapes. Due to bad weather conditions, grape production in Europe decreased in 2017.

As wine production increases in several markets such as France, Spain, Italy, the US, and China, the demand for tartaric acid will also increase substantially, driving the growth of the tartaric acid market.

Tartaric acid is a crystalline dicarboxylic acid, which is naturally found in different fruits such as grapes, bananas, tamarind, etc. It is also known as dihydroxybutanedioic acid, one of the most commonly found plant-acid, and has various industrial uses. It is also obtained from wine fermentation by-products by salts, potassium bitartrate, also known as tartar cream.

Tartaric acid is an important ingredient in bakery items where, when mixed with baking powder, it acts as a leavening agent. It also improves fruit flavors and in baked goods stabilizes batter structures and color.

Tartaric acid extracts serve as buffers in the winemaking cycle to control antioxidant E334, acidity and preservatives; in other food items, they act as natural flavor enhancers and food emulsifiers.

Natural Tartaric Acid held the largest share in the Tartaric Acid Market during the forecast period. Nowadays, there is a trend among consumers to choose natural ingredients in food & beverage products, leading to increased demand for natural tartaric acid extracted.

Wine segment held the largest share in the Tartaric Acid Market is growing at a CAGR of 4.2%. The wine industry is one of Asia-Pacific’s fastest growing industries and is directly related to tartaric acid consumption. Local wine producers are further supporting the increase in demand, combined with the increasing tourism in these countries of Southeast Asia. In addition, the industry expects to see an increase in alcohol consumption throughout the entire sub-region. Thailand and Singapore are the largest tourism-influenced countries, these countries are increasing vineyards to improve local and international tourism accessibility. It is expected that these factors will have a positive impact in the coming years on the global tartaric acid market.

Europe dominated the Tartaric Acid Market share with more than 46.9%, followed by APAC and North America. Tartaric acid consumption in foods and beverages is expected to increase in developing markets, as well as increasing demand for processed foods and beverages. During the forecast period, European countries such as Germany and the United Kingdom are expected to see slower growth rates. The increasing demand from pharmaceuticals and packaged foods, combined with the rising standard of living, is expected to fuel the market. Increasing tartaric acid penetration in European chelating agent industries is also expected to balance the high demand in Italy, Spain, and France for wine production.

Increased Adoption of Microencapsulation across Pharmaceuticals

This is the material of choice for use in the pharmaceutical industry due to its characteristic property of enhancing the taste of medicine. Tartaric acid and its derivatives are commonly used in the manufacture of effervescent salts, produced in combination with citrates. Due to the global increase in medicine demand, the pharmaceutical industry is projected to be one of the fastest growing end-user segments on the global tartaric acid market.

The increasing demand from the food and beverages industry

The food and beverage industry’s growing demand is one of the key market developments in tartaric acid that will fuel market growth. F&B manufacturers focus on increasing production speed and efficiency of goods such as water, health drinks, alcoholic beverages, non-alcoholic beverages, and aerated beverages. This will result in increased demand from the food and beverage products industry for tartaric acid. In addition, rising nutritious sports and protein drinks and bars consumption and the launch of fruit-flavored beverages would drive demand for tartaric acid. The tartaric acid market forecast report predicts that fueled by these factors, the market will grow at a CAGR of almost XX% during the forecast period.

Harmful when the food containing tartaric acid is consumed in excess, thus restricting the use of tartaric acid to avoid irregular side effects such as vomiting diarrhea, abdominal pain, increased appetite and inflammation of the gastrointestinal system.

IndustryARC primarily focuses on Cutting Edge Technologies and Newer Applications market research. Our Custom Research Services are designed to provide insights on the constant flux in the global supply-demand gap of markets. Our strong team of analysts enables us to meet the client research needs at a rapid speed, with a variety of options for your business. Any other custom requirements can be discussed with our team, drop an e-mail to sales@industryarc.com to discuss more about our consulting services