The Wittenburg siblings (USA) demonstrated, yet again, their excellent technic for which they received 4 medals: Gold in the dynamic flight in pairs (2 Way Dynamic), Bronze in the Relay Races team modality and a double medal in the single Solo Speed. The later ended with the triumph of Noah Wittenburg followed by his sister, Kaleigh, who took Silver.

The young athlete Sydney Kennet (USA), 13 years old, achieves her first Gold ever in The Wind Games in the Junior Freestyle category.

The performance of the British team NFTO was also notable, who won Gold in Formation Skydiving Female (FSF), facing its eternal rival, the French Nephtys Weembi.

Finally, the Windoor Sports Club flyers’ reserve proved the great level of Spanish athletes and obtained 9 medals (4 Golds, 3 Silvers and 2 Bronzes). Another outstanding performance was Chole Dony’s who debuted at just 7 years old and was the youngest competitor in the games.

The Wind Games, the international indoor skydiving competition, which yearly gathers the best flyers in the world in the Empuriabrava wind tunnel, closed a historical 7th edition in which one of the most legendary flyers, David Grawels, announced his retirement from professional skydiving. His team, the unbeatable Hayabusa, current World Champion in the Formation Skydiving modality, achieved its seventh consecutive Gold in Empuriabrava, starring a very emotional farewell. More than 180 athletes, from 30 different countries, accompanied Grawels on his last flight.

In this 7th edition of The Wind Games, American flyers played an excellent role and achieved 9 medals, 4 of which obtained by the Wittenburg siblings: Gold in the dynamic flight in pairs category, 2 Way Dynamic, and a Bronze in the Relay Races team discipline, in both cases under the name Luxfly Aspire, as well as a double medal in the single Solo Speed. The later ended with the triumph of Noah Wittenburg followed by his sister, Kaleigh, who took Silver.

Moreover, in the 4 Speed group modality, the Gold was given to the American team Anemone, Silver to the Windoor Sports Club and Bronze to the Singaporean TK & The Mochis. In the Relay Races dynamic flight category, the United States added another bronze for its teams, after the triumph of flyer Ben Roane, with the combined team MMCH formed by the Singaporean Red Bull flyer, Kyra Poh, the Czech Tobias Chaloupka and the French Mateo Limnaios.

Following with the American medal count are the 2 medals won by the relative flight Arizona Airspeed team and a Bronze from the SDC Rhythm XP team, both in the Formation Skydiving (FSO) category.

Amidst the national athletes, the Windoor Sports Club flyers from Empuriabrava, in Girona, proved the great indoor skydiving level in our country and added 9 new medals in their prize rack in one of the most successful editions for Spanish indoor skydiving. The supremacy of the Empuriabrava Wind tunnel’s flyers was evidenced in the dynamic flight categories where they achieved great results: 2 Golds, 3 Silvers and a Bronze. On the other hand, in the static flight modalities they raised 2 Golds and a Bronze. The Windoor Sports Club has 12 athletes and is the main indoor flyer’s reserve in Spain.

In dynamic flight categories, Dani Gallego’s participation stood out, showing his artistic talent in the Freestyle modality for the first time in a National competition, after winning Gold in the recent Belgium Indoor Skydiving Championships. Gallego made fifth place in the category, which was won by the Latvian Toms Ivans, who usually trains in the open wind tunnel located in his city’s airfield.

Finally, in the Junior Freestyle category, the incredibly young Spanish athlete, Chloe Dony, from the Windoor Sports Club, who made her first professional debut at 7 years old, moved the audience and caused great empathy, both with the public, and in social networks.

The Empuriabrava Tunnel CEO and director of the competition, Aida Rico, highlights that the 7th edition of The Wind Games “was an absolute success, which undoubtedly helps to consolidate our sport and to stimulate the Windooor’s club athletes, who achieved 9 medals. The level of The Wind Games’ athletes is increasingly demanding, which is excellent news for the entire indoor skydiving community”.

Simultaneously, during the 7th edition of The Wind Games, the 2nd Solo Speed Catalan Championship FAC took place, in which the renowned flyers, Dani Gallego and César Rico, proclaimed the first and second place respectively. In addition, taking advantage of the competition’s worldwide impact, Windoor organized a Charitable Marathon in order to raise funds for the Care All Foundation NGO. This year, its benefits will be destined to finance a scholarship for the “Tunnel Instructor” degree in order to provide an opportunity for children and young people at risk of social exclusion to become a wind tunnel professional and join, in the future, the world of work. 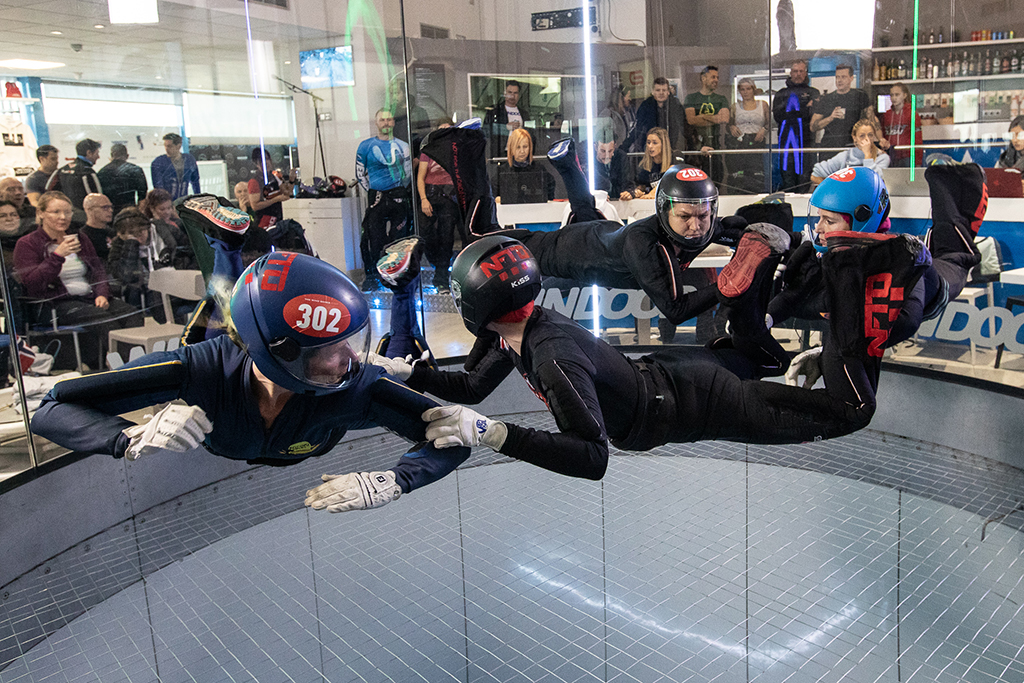 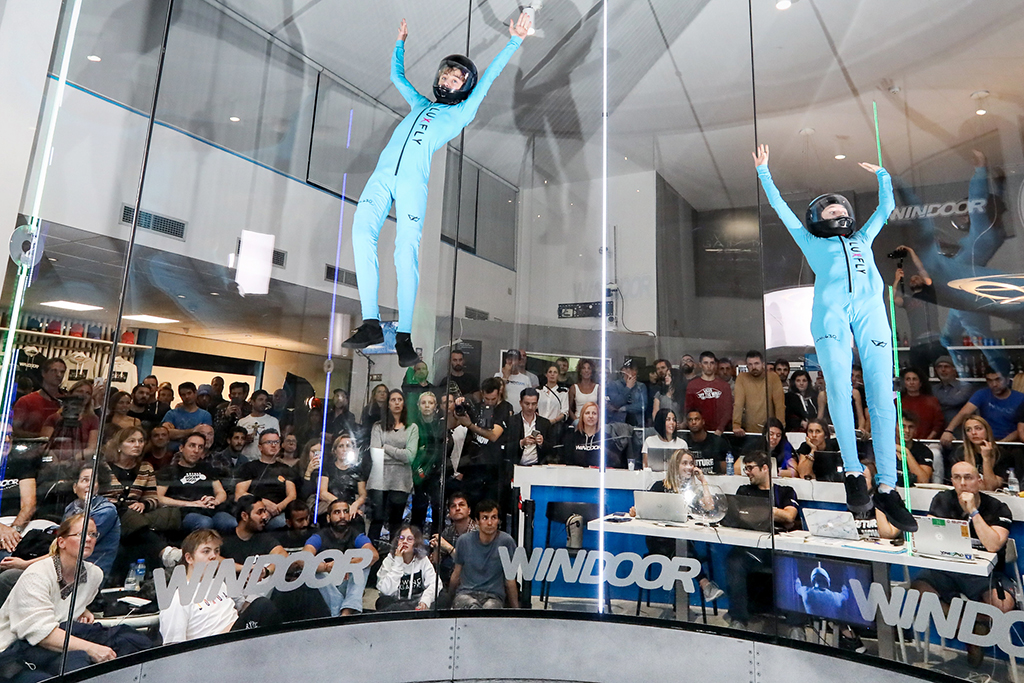