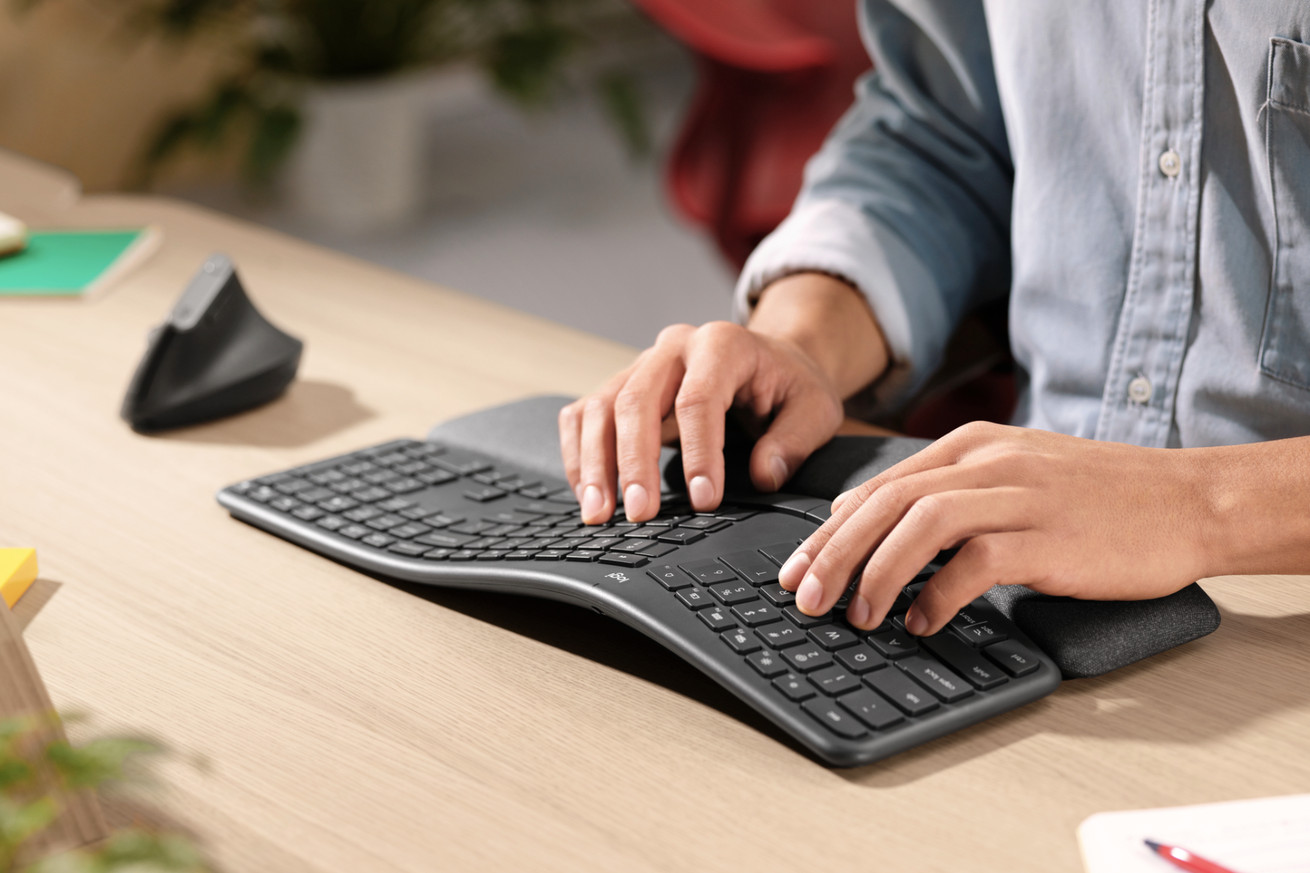 Logitech has been making its way into the ergonomic mouse space for a while now, with hardware like the MX Ergo and MX Vertical mice. Now it’s looking to expand its ergonomic accessories into the keyboard space with the launch of the split Ergo K860 keyboard.

Logitech says that the Ergo K860’s design “reduces muscle strain on your wrists and forearms” compared to traditional keyboards due to the wrist rest and split-key, curved design.

Much like how Logitech’s Craft and MX Keys keyboards are meant to be the natural counterparts to its MX Master 3 mouse, the Ergo K860 is designed to pair with the company’s MX Ergo and MX Vertical mice. Like those other ergonomic products, the goal of the Ergo K860 is to offer a product with comfort and stress reduction in mind that still looks and feels like a high-end, professional product.

The integrated wrist rest is made up of three layers of material: one of high-density foam, one of memory foam, and the last of an “easy-clean” coated fabric (that cleaning part is important, since the wrist rest isn’t removable). Instead of an adjustable stand at the back of the keyboard, the Ergo K860 features hidden pop-out clips at the base of the palm rest to lift the front of the keyboard higher, with two angle settings.

The keyboard itself can connect to a Mac or Windows PC either through a direct Bluetooth connection or through an included USB dongle, with support for up to three devices at once. The Ergo K860 also supports Logitech’s Flow software for changing between multiple devices easily, assuming you’re using a compatible mouse (like any of Logitech’s matching MX series devices).

Logitech says that the Ergo K860 should get up to two years of battery life from a pair of AAA batteries, which highlights the keyboard’s biggest downsides: there’s no rechargeable battery and no integrated backlight for the keys, two things which are disappointing to see missing from a $130 keyboard.

The Ergo K860 will be available this month for $129.99 on Logitech’s website and Amazon, with retail availability planned for February.