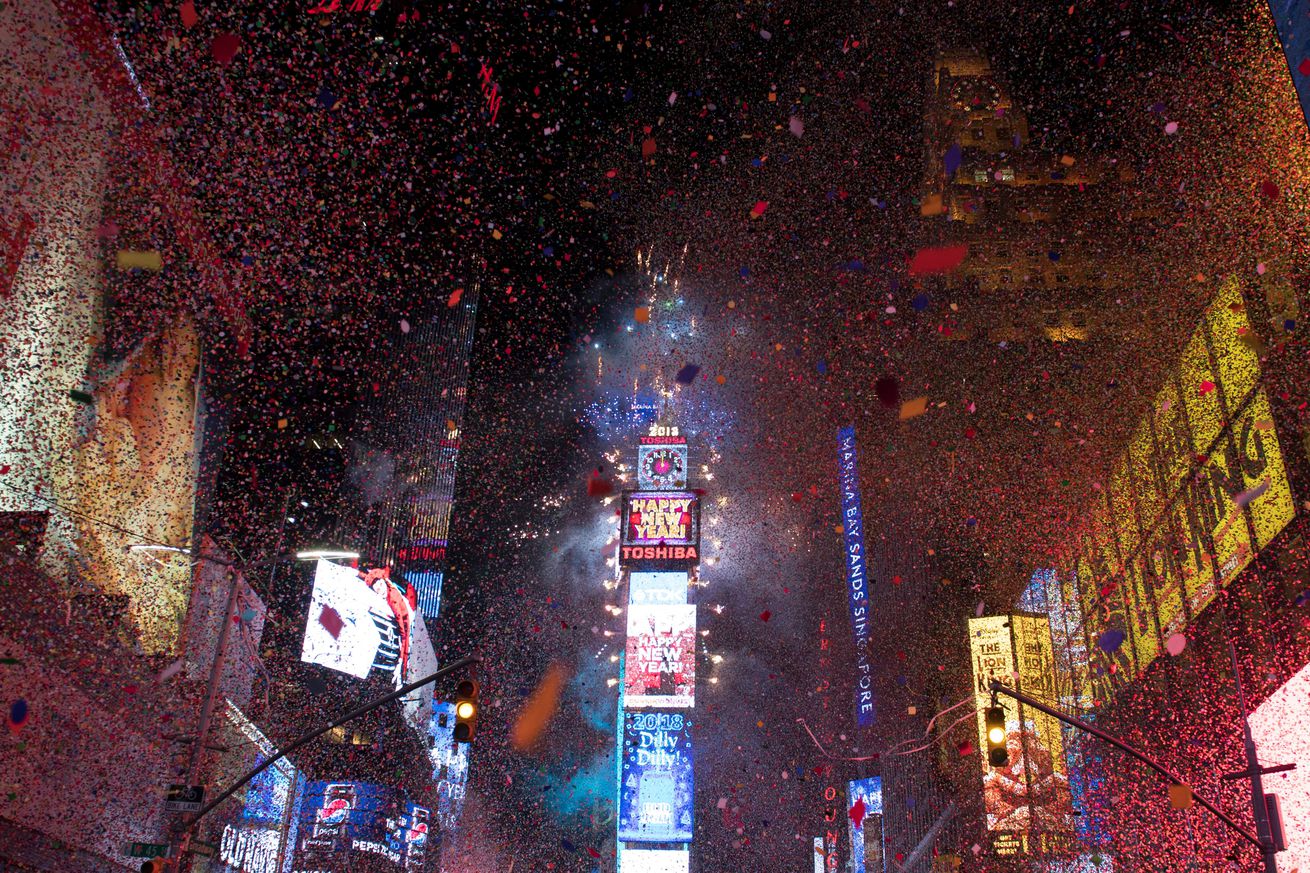 Times Square revelers will ring in the New Year to a theme of existential crisis tonight. Science teachers and students taking on the climate crisis will push the crystal button to trigger the ball drop in Times Square. Organizers of the annual New Year’s Eve celebration in New York City choose a theme each year based on the biggest issues in the news, and this year that theme is climate change.

“[You’d] have to have a soul of Styrofoam not to be moved by the passion of young people demanding that we do better, and ‘listen to the science’ to start solving the problem,” Tim Tompkins, president of the Times Square Alliance, said in a press release. He added that “you’d have to have your head buried” in sand not to be alarmed by 2019’s environmental catastrophes.

“You’d have to have your head buried”

Sydney, Australia rang in the new year amid protests calling for the city to cancel its fireworks because of devastating bushfires that have killed at least 10 people and forced thousands to evacuate just before the holiday. Scientists have warned that global warming intensifies droughts and heat waves feeding the flames.

2019 marks the close of the hottest recorded decade so far. More “climate emergencies” were declared this year than any ever before. Thousands of students across the world have walked out of classrooms throughout the year to demand faster action on climate change. The four high school seniors and two teachers who will initiate the ball drop are being recognized for their work to clean up local air and water, and organize a youth climate march.