Slavery in the Bible Hi, my name is Diana, and I am on a journey to discover for myself what the Bible has to say about slavery 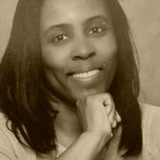 I’ve always been interested in the issue of slavery. And now, as I study the Bible more and more, it has become somewhat of an obsession with me.

I have completed what I call a first-pass review of slavery in the New Revised Standard Version (NRSV) of the Bible. For this first pass, I reviewed the Pentatuch (the first five books of the Bible), the New Testament Synoptic Gospels (Matthew, Mark, and Luke), the Gospel of John, and what is known as the Haustafeln (Ephesians, Colossians, and 1 Peter)—you may be familiar with the texts of the Haustafeln if you have any familiarity with the Civil War, where some preachers and plantation owners used the biblical text “slaves, obey your … masters” (Eph. 6:5 and Col. 3:22, NRSV), to justify their views on slavery.

In regards to my experience, I have written freelance for the Richmond Times-Dispatch, and as a staff writer for a bi-weekly newspaper in Hanover County, Virginia called the Herald-Progress. In addition, to date, I have published a book on a subject close to my heart: hair braiding. I also hold a BS in News Editorial (journalism) from Virginia Commonwealth University, and an MTS in Biblical Studies from Hood Theological Seminary.

I need your sponsorship so that I can dedicate time to completing this book, and to help with travel expenses related to my research efforts. I am working toward an August publication date. The final book will have a brief review of slavery as it was in antiquity, and as it was in the United States. I tell you this now, because the final copy of my book may contain graphic images that some people may find hard to view; however, the focus, and current title, of my book is Slavery in the Bible.

My Fascination with the Bible

The Bible is a fascinating book! It was written by multiple authors, but upon close examination, it seems more like the work of one author. When you consider a passage of scripture, in order to better understand that scripture, I have found that you must consider that section of scripture (called a pericope) in relation to the entire Bible; this is reinforced every time I study scripture.

Take, for example, the King James Version (KJV) translations of Gen.1:26 and Ps. 8:5 (note: italics and underlining in all verses that follow are my emphasis of the scripture noted).  In the creation story in Gen. 1:26, credited to Moses, it reads, “and God said, Let us make man in our image, after our likeness,” and in Ps. 8:5, a psalm credited to David, the text reads, “for thou hast made him a little lower than the angles.” The issue is that depending on which translation of the Bible you have, the same Biblical Hebrew word, Elohim, has been translated as meaning “God” in the Genesis story, and “angles” or “God” in the psalm. Why is that? Well, for one thing, the word “Elohim” is a word in plural form, and not in singular form. Elohim fits neatly with the Genesis story because of the references to our and us; however, in Ps. 8:5, with its reference to thou, how to translate Elohim becomes a little more difficult. Some translators have tried to make sense of Elohim in Ps. 8:5 by saying that it could not mean “God” because we are not gods and we are not equal to God. Yet, the verse does not say we are gods or that we are equal to God, but that we were made a little lower than Elohim. I believe that the word Elohim in Ps. 8:5 should have been translated as “God” in the KJV. Not until later, in the New Testament, are we given a better understanding of God as the Trinity, who, from our limited perspective, seems like a plurality of three entities operating as one God: God the Father, God the Son, and God the Holy Spirit (like the plurality of the us and our in Gen. 1:26).

Finally, another gem that I love in the Bible is 1 Tim. 2:11-12, where the Greek has been translated as Paul telling women not to speak in church, or have authority over men. I haven’t the space to get into this one as I would like to, but there is no way that the Greek word that has been translated as “authority,” αὐθεντεῖν (authentein), means authority here. The primary reasons being that there are other words that Paul used in several of his letters that do translate as meaning “authority,” the Greek word authentein can only be found in one place in the entire New Testament, and authentein  can be found in only a handful of texts written previous to the writings of the New Testament. These reasons alone cause one to stop and question the structure and meaning of the entire sentence.

Wow, that was a lot to take in, but I want you to understand that the Bible is an awesome book with imperfect translations that are based on our limited understanding, and the work that I have undertaken is no different. Nonetheless, like all theological and biblical writers, I hope to bring greater clarity to our understanding of scripture. Once again, thank you for your support.

This is my first Kickstarter project! However, with your funding help, and my previous writing experience, I believe that I will be able to successfully complete this project.