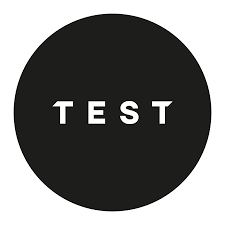 WEST PALM BEACH, Florida, — Traditionally, founders taking their companies public have long been considered the brass ring of success. The concept is so pervasive that Hollywood moviemakers have glamorized the IPO process to the point of absurdity: charismatic big-money types jostling for position in the power structure, an abundance of corporate chicanery, shifting alliances, insurmountable obstacles that must be overcome, twists, turns and ultimately, a windfall payday for the key player or players.

In reality, IPOs aren’t replete with intrigue and drama, and most of the players don’t wear $4,000 suits. As for the windfall, there is no such thing as easy money, especially when private companies go public. Then again, nothing is ever as good as it appears in the cinema.

Running a public company can be an arduous task. The rules and regulations that govern Pubco operations and disclosure requirements have become increasingly complex over the years and the corresponding expenses to stay compliant are considerable.

Believe it or not, there are a few major motion pictures that chronicle the ‘opposite’ of the IPO: the going-private scenario – the most notable of which is Barbarians at the Gate, a 1993 television movie based upon the book by Bryan Burrough and John Helyar, about the leveraged buyout (LBO) of RJR Nabisco. The title alone makes the process sound pretty cutthroat.

In the 1991 feature film Other People’s Money, Danny DeVito portrays the fictional character Lawrence ‘Larry the Liquidator”‘Garfield, a ruthless corporate raider who has become rich buying up companies and selling off their assets. Larry the Liquidator identifies target companies with the assistance of a computerized stock-analyzing program called ‘Carmen.’ By contemporary standards the premise is a bit hokey because today’s eight-year-olds have access to better tech.

While the IPO films portray characters that are sophisticated visionaries, the going private movies are packed with devious, duplicitous scalawags, soulless evildoers, and capitalist perverts.

But what if the ‘corporate raiders’ paid cash instead of borrowing huge sums of money to gain control of the publicly traded target company? Let’s go a step further and say that the control persons of said company even cooperated in taking the public company private and more so, strategized with incoming management to make the company even stronger than it was.

This is, by far, a more accurate depiction of today’s private equity market.

These private transactions attract less attention, are primarily long-term and involve a tremendous amount of skilled management and sound planning. Even though they lack the same ‘buzz’ as going public transactions, private equity deals have consistently been gaining momentum in recent years.

According to Dealogic, deals involving public companies being taken private by domestic private equity sponsors increased more than 27% from 2018 to 2019. Should this trend continue, 2020 will be the most active year for going private transactions in the U.S. since 2007.

This migration is also occurring globally.

Private equity firms are currently sitting on stockpiles of cash, poised to buy out any number of Pubcos that they believe can be run more profitably as private entities. In addition to public companies going private, those who are already private are quite at ease staying that way with readily available capital, regardless of their stage of development.

There are several seemingly unrelated factors that are fueling the going-private movement.

Private equity firms have finally shed their negative reputation. These firms were once considered raiders, stone-cold financiers who practiced the tradecraft of slash and burn: hatchet men – and women – who would gain control of a Pubco through a leveraged buyout (LBO), take it private, dismantle it, sell off the most profitable elements and then scuttle whatever remained. A leveraged buyout (LBO) is the acquisition of another company using a significant amount of borrowed money to meet the cost of acquisition. The assets of the company being acquired are often used as collateral for the loans, along with the assets of the acquiring company.

These days, private equity firms are not borrowing money; they’re shelling out cold, hard cash. They have also abandoned the fire sale strategy and adopted a bona fide buy-and-hold mentality. Instead of breaking down the subject company, they hone operations by installing more effective management, emphasize the company’s strong points and shore up its weaknesses. They initiate systematic efforts to ensure that the now private entity stays current with burgeoning developments, avoiding obsolescence.

The driving factor behind going public has always been the ability to gain access to investor capital, but this money is not as easy to attract as it once was.

As the indexes repeatedly set new record highs, an increasing number of investors are holding cash due to skepticism and waning confidence. Additionally, as more and more investors utilize fee charging money managers and mutual funds, the spread for a return decreases.  According to a recent Wall Street Journal article, for the professional prognosticators and market mavens of Wall Street and beyond, there is at least one easy prediction to make about the next 12 months: investors are going to earn less. A lot less, probably.

“The double-digit returns of 2019 will be hard to repeat” is a phrase littering almost every investment outlook for global markets in 2020. Despite the trade war, political turmoil and more, virtually all major assets just posted a once-a-decade performance, and even uber-bulls know the chances of repeating the feat are slim.

Financial reporter Kate Rooney recently reported that private investors are sitting on a record $1.5 trillion in cash, according to new data from Preqin. That is the highest on record and more than double what it was five years ago. Analysts say investors are flooding to private equity thanks to low interest rates, hedge fund underperformance, and lower expected returns from public markets. The proposed new amendments to the accredited investor definition will open up even more investment capital for private equity firms.

Private equity firms now have an arsenal of capital and they need to put it to work.

Peter Witte, private equity analyst at Ernst & Young, explained that historically public companies traded at a valuation premium relative to companies in the private market. The premium has narrowed, however, as the private markets have been flooded with cash from investors.

Antoine Drean, chairman of private equity fund advisory Triago, went as far as stating, “[T]he stars are also aligned for take-private deals on a relative valuation basis. For the past couple of years, we’ve been in only the third period ever where private market multiples exceed valuations in the public markets, according to a number of providers including Bain.” The other periods were the late 1980s, and the run-up to the financial crisis in 2007 and ’08.

Drean asserted that higher relative valuations may be more sustainable this time. “The last five years have seen ever larger amounts committed to private equity, giving the asset category an unprecedented amount of firepower at a time when private equity general partners are becoming more adept at generating value through operational change, buy-and-build strategies, and specialization,” Drean said.

Since private companies are now generating stronger valuations, yet another major incentive to go public has been eliminated for the time being.

Are the public markets doomed? Of course not. Will private equity deals replace IPOs? Not likely.

All things economic are cyclical. As the financial landscape changes, the manner in which companies raise capital inevitably adapts – Darwinism at its finest. Currently, though, private equity deals do appear to be on the upswing.

Attorney Laura Anthony is the founding partner of Anthony L.G., PLLC, a national corporate law firm. Ms. Anthony stated, “Although I’ve been practicing law for 26 years, in the last eight years the capital markets, including trends, technology and the rules and regulations for both private and public companies, have seen the most consistent and dynamic shifts.  Although the rise in private equity deals is cyclical, I believe that the types of cycles we experience and the demand for both private and public markets are experiencing a fundamental change, with a blurring of the lines between the two.”

Larry the Liquidator is long gone, like the floppy disk drive and the Sony Walkman. He’s been replaced by Vincent the Visionary, an admittedly less colorful but far more innovative and efficient corporate player. Vincent’s story may not be as intriguing and odds are there will never be a movie made about him, but all things being equal, the sound methodology of the private equity scenario speaks for itself – there’s simply no need to glamorize it.