Magic Hands A 3D dungeon crawler, where you must use wits and some memory to make it through the labyrinth style levels that await you 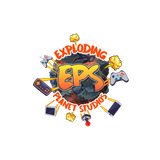 We’re raising funds to help us finish our next game, Magic Hands, is a 3D dungeon crawling game that’s fun for all ages. Exploding Planet Studios is a start up mobile development studio with dreams of grandeur of one day becoming self sufficient enough that we can devote all our time and energy to making amazing games. You all have the opportunity to help us take a step in that direction by backing Magic Hands.

Magic Hands started off in 2016 as a Global Game Jam idea, none of the team that I developed this idea with wanted to work on it and bring it to life with me so it sat on the digital shelf of my computer with little periods of progress as I worked (and continue to work a primary full time job) until, I started taking vacation in late 2018 and 2019 to get some real headway on this project. As you’ll see in the images in this Kickstarter, myself and the Exploding Planet team have a decent prototype already going, we have a few additional programming needs to finish delivering on the concept and scope of the project. These funds are going towards that need, which would be hiring a skilled programmer to help take the game to that next level.

The needs we have left include:

– Spells activated by swiping your fingers in certain patterns – The game currently uses button taps to fire projectiles at the enemies but this was a plan B solution due to issues with programming. Our plan A is what we’d ideally like to have in this idea, the player would swipe his finger on the screen in a certain pattern to cast a spell (for example a “Z” pattern would disable a trap)

There are some art assets that haven’t been added to the prototype yet but they will be added once we get the main goals programmed into the game.

Now, a little about the story in Magic Hands.

Magic Hands follows a young wizarding student, Cainze, who’s school has just been attacked. He’s on his quest to escape the ruins of his school and travel looking for those responsible to bring justice to the victims of the horrific attack. Honing the skills he’s already been taught and learning new ones along the way, Cainze will be ready for whatever gets in his way to stop the evil that fell upon his school.

Stretch goals, being quite honest, we’ve seen a lot of projects that have stretch goals and we really just want to see this game able to be created in the way it was intended. If we were to have any sort of stretch goal, it would be to keep the story going and create a sequel to Magic Hands.

There will be weekly progress updates to keep you, our backers, informed on the status of Magic Hands. While we don’t expect the game to take longer than June to complete with how much is already done so far. We always plan for the unexpected any delays in the development will be made known the instant the problem presents itself and with a resolution when it’s available through updates. Our biggest challenge will be most likely the production of the rewards and it’s not so much the actual production of them but finding quality vendors to print high quality pictures and posters but again, it shouldn’t slow down or delay the delivery date. If for some reason the vendor is delayed (due to orders or some other unforeseen circumstance, you all will be made aware immediately through updates with an ETA on when the rewards will be completed and sent out.