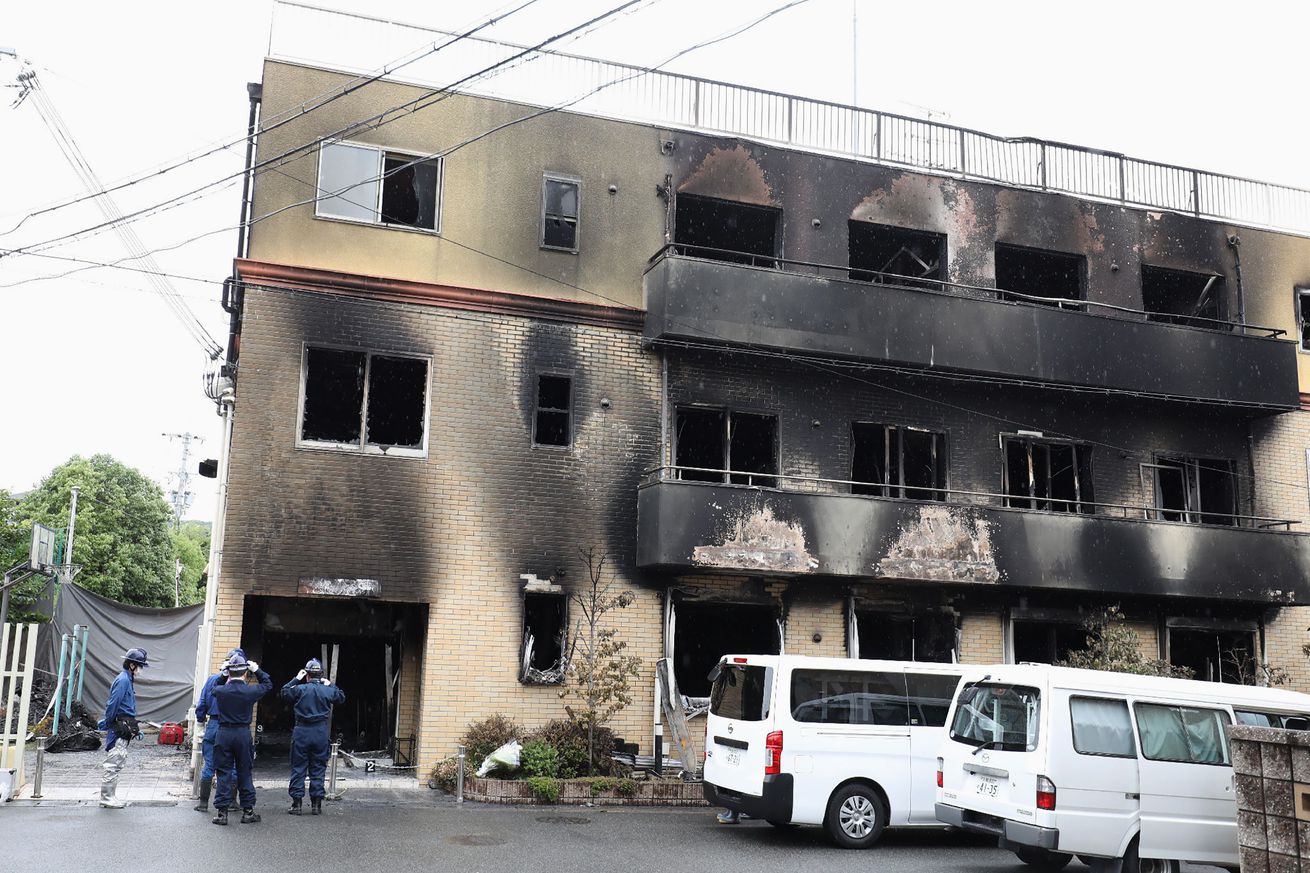 In July, a man walked into a Kyoto Animation’s Studio One and set fire to a bucket of gasoline. The resulting explosion killed 36 people, injured dozens more, and destroyed much of the Studio One building. The Hollywood Reporter today published a feature story about the attack and its aftermath that’s really worth reading. It’s not an easy read, but I walked away from it with a feeling of hope.

THR’s story is packed with detail, thanks in part to interviews with Kyoto Animation founder Hideki Hatta and an attorney who has been helping Hatta since the attack. For example, the story describes how Hatta spent hours at Studio One after the attack consoling victims, and then had to drive aimlessly to avoid journalists and TV news trucks that had parked outside another studio and at his home. The story also describes the erratic and scary actions of the attacker in the days before the attack, based on an interview with the attacker’s neighbor.

But there’s inspiration and even joy in the story

But I also found inspiration and even some joy in the story. It describes how Hatta and his wife built Kyoto Animation as a place hospitable to employees, with reasonable working hours and a supportive culture rare inside Japan’s competitive animation industry. That goodwill, in addition to the high-quality work that came from the studio, has made Kyoto Animation one of Japan’s most beloved and celebrated anime producers, and that’s reflected in how people have helped the studio since the attack.

The attorney helping the Hattas, for example, took the bullet train to the studio the day after the attack to offer his help — for free. Just weeks after the attack, Japan’s national legislature passed a measure making all donations to Kyoto Animation to help with relief efforts tax-exempt, meaning more money can go toward helping families affected. More than $30 million has been donated, according to THR. And all of those donations are going directly to victims and their families, at Hatta’s insistence.

The story, despite being about a horrible event, is a great profile of Kyoto Animation, its founder, and why people have given so generously to help the company in the months since the attack. You should go read it.