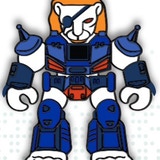 Let’s do it again!  Thank you to everyone that made Series 1 a hit.  The first run successfully funded 200% of the original goal.  I can’t tell you how excited I am that there is such a strong community that shares my love of pins.

Some info about the pins:

So, what’s in store this time around?

You see the FIVE new Beasts for Series 2, all selected based on fan suggestions! I had some fun with the variations – a few retro mashups! But for the following two, there was really only one way to go with variants…

Sharing means just as much as pledging!

You won’t be charged until the end of the campaign, and only if the initial goal is funded.  I decided I didn’t want to make locked designs.  Instead, y’all can pledge at the outset for exactly what you want.  If we can gather enough support, we can make this happen!  That said, I do have some extra stretch goals (see below) over and above the core Series 2.

-December: Designs are finalized and Campaign launched.
-January: Campaign ends. Surveys go out to backers.  You pick your Beasts.
-February: Kickstarter funds are transferred. Pins are put into production.
-March: Pins are received on my end. Sorting and packing begins.
-Late March / Early April: Pins are shipped to you!
-Late April: Across the land, people rejoice.

You’ll see the shipping costs listed within each funding level.

International Backers: I cannot change or falsify any information on customs forms for any reason. The value of your package will be marked as the amount of your pledge before the shipping cost. You are responsible for any duty fees and/or import taxes that may be applied by your Customs Office. Thank you for your understanding!

FREE PIN! Upon reaching stretch goal #4, each backer will get +1 FREE PIN of their choice added to their order!

ADDITIONAL STRETCH GOALS will be announced if we keep going!

Pin may vary slightly after production if certain aspects cannot be achieved, however it will never be drastically different from my design. I have a high standard when it comes to quality and control as I hope you experienced from Series 1. Pins can take time to produce, around 4-6 weeks and then need shipping to me as well as back out to the customers so patience is required. There is always a risk of pins being defective, if this is the case for more than enough to send to backers, we would need to get replacements causing further delay in the pins reaching you. This is a very rare case and will be resolved timely.