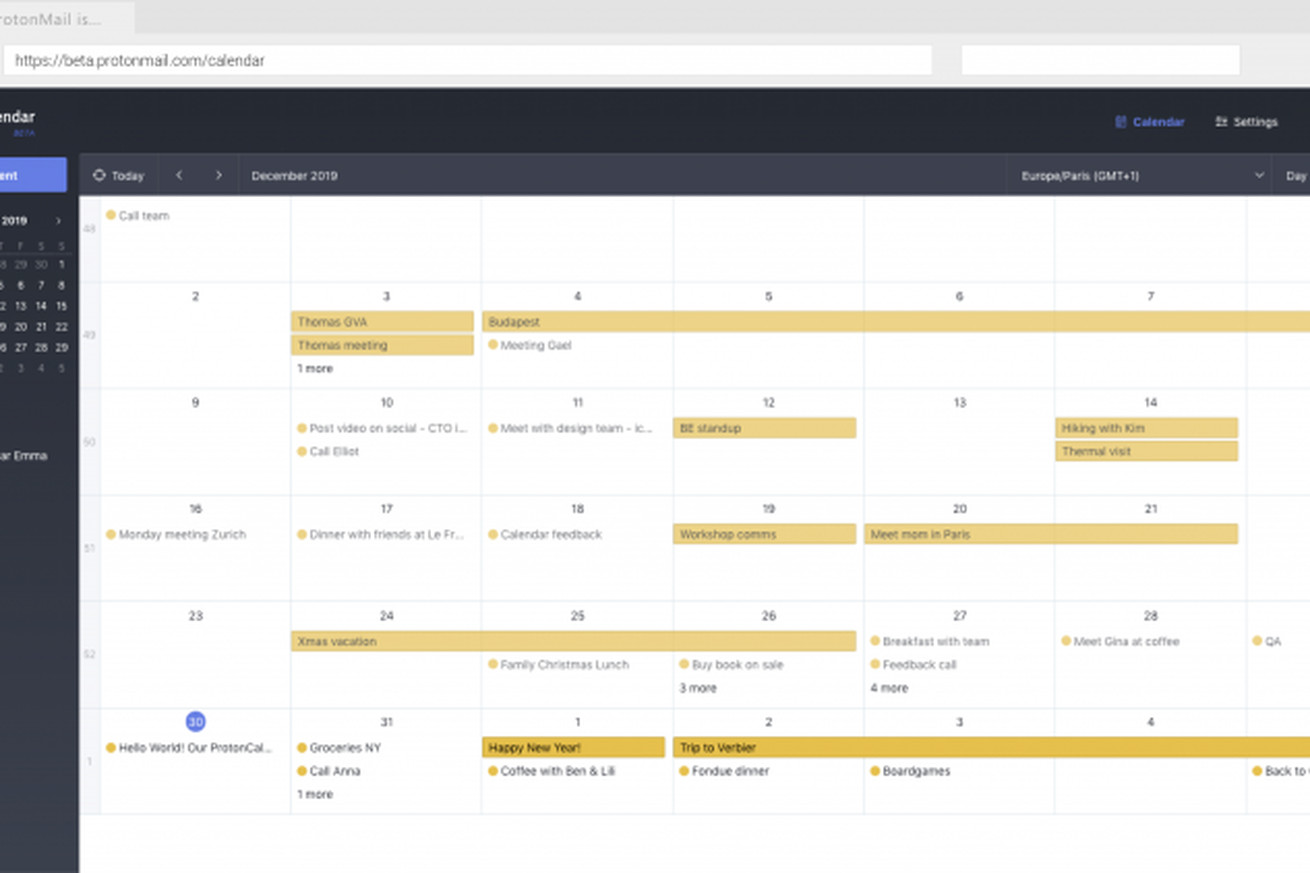 ProtonMail just launched an encrypted calendar beta to let users manage their schedules privately. It’s the latest tool from a company known for its encrypted email services, and could help users who are looking to wean themselves off Google.

The tool, called ProtonCalendar, is currently available for all users with a paid ProtonMail plan. In the future, the company plans to launch the calendar for all users. “We believe everyone has the right to plan dinner with friends without announcing to Google who will attend,” the company writes in a blog post.

Google has faced growing scrutiny over how it collects and stores user data. This year, fifty state attorneys general opened an antitrust probe into the tech giant, then expanded it to include data privacy. The company also faced backlash from its own employees who worried it was using a new browser extension to spy on them. (The company denied these allegations).

Even for users who aren’t also Google employees, breaking up with the tech giant is hard. The company’s apps work in tandem, which makes adding calendar invites from Gmail incredibly easy. There can be some unwanted side effects, like when spammy emails began populating peoples’ calendars with unwanted calendar invites. But most of the time it’s convenient.

While Google stopped scanning peoples’ emails for targeted advertising in 2017, ProtonMail claims that some companies still use your private calendar to target their ads. “For the longest time, to easily organize these events, you had to let large corporations monitor these special moments. These companies snoop on your calendar and use that information to inform their advertising,” ProtonMail writes in its blog post. “A calendar is more than just a tool. It’s a record of the moments that make up your life.”

Google did not immediately respond to an inquiry regarding whether or not it scans calendars and uses the information in targeted ads.

ProtonMail says the new calendar is still in early beta. While the current version is rather basic, the company plans to launch additional features that will allow users to share their calendar to other ProtonMail users and send calendar invites to non-ProtonMail users as well.