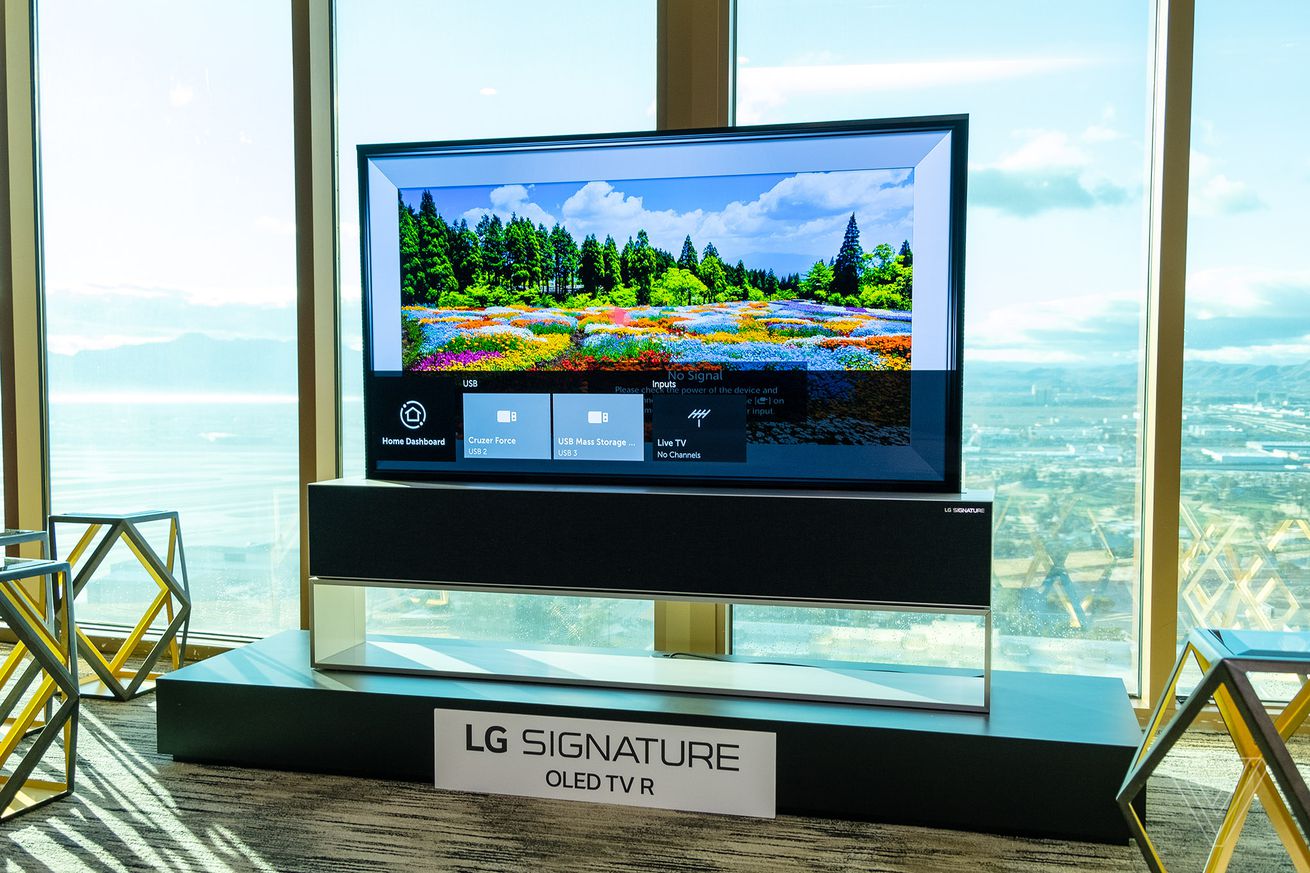 LG Display’s previous rollable TVs have all rolled upwards out of a box. The upcoming design will roll downwards from the ceiling. | Photo by Chris Welch / The Verge

LG Display has a new version of its rollable TV to show off at CES 2020, the company has announced. This year’s model works a little differently to the prototypes the company has shown off for the past two years, however. Rather than unrolling upwards out of its box, the TV will instead roll downwards from the ceiling; sort of like a projector screen without the projector. The company also has a new, smaller, 48-inch OLED TV display which will be unveiled at the show.

It’s an intriguing idea. LG Display’s existing rollable TV concepts already minimize the amount of space they take up when rolled down, and the new version takes that even further by not even taking up place on a TV stand. According to LG Display’s press release, the TV “is stored in the ceiling and can be pulled down when desired and rolled up when not in use,” but unfortunately, there are no images to see how that works in practice.

Alongside the new rollable TV, LG Display will also have a new smaller 48-inch OLED TV display to show off at CES 2020. Until now, the display manufacturer’s smallest OLED TV panels have been 55-inches big, making them impractical for many smaller homes and apartments. The new 48-inch panel will be on show alongside LG Display’s existing lineup of 55-inch, 65-inch, 77-inch, and 88-inch OLED TV displays.

There’s no word on when LG Display’s 48-inch OLED panel will find its way into a commercially available TV, or how much it’s likely to cost. LG Display is a distinct business unit within LG, and it provides OLED panels to a range of TV companies including Sony and Panasonic, in addition to its own parent company. LG tends to announce its lineup of OLED TVs at CES each year, however, so we won’t have long to wait to see if there are any 48-inch models among them.

It’s a similar story when it comes to LG Display’s new rollable TV. Despite promising that its last prototype from CES 2019 would be going on sale that year, LG subsequently failed to make that release date. LG Display’s press release doesn’t mention if or when it expects the new rollable TV to go on sale, which suggests that a release isn’t exactly imminent.