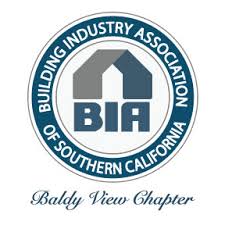 Born to Abbas and Leila Sahabi, he learned the importance of hard work and dedication from his father, an Iranian businessman who ran an industrial machine shop.  His mother taught him the importance of making the world a better place and having compassion for others.

Following his mother’s tragic death, Sahabi immigrated to the United States at age 13 with his younger brother to live with relatives.  He studied hard in school and became friends with people from all backgrounds.

In the years that followed, Sahabi became a true American success story.  He began working in the construction field in 1988 and rose to the position of Executive Vice President of Vahdani Construction. He subsequently became president of SE Corporation, a land-planning, entitlement and development firm.

While leading SE Corporation, he drew national attention as he worked for a decade to make a reality of his dream to transform an abandoned 543 acre silica mine in Corona into a thriving, sustainable mixed-use community known today as Dos Lagos. His success in developing this farsighted project, which many others had thought unachievable, earned him the California Governor’s Environmental and Economic Leadership Award for Sustainable Communities, along with many other statewide and national accolades.

Pete AguilarCongressman31st District“Ali Sahabi’s leadership in community development has made a tremendous impact on the Inland Empire,” says United States Representative Pete Aguilar, who represents California’s 31st Congressional District.  “I’ve known Ali a long time and can say unequivocally that his efforts have enhanced the quality of life for anyone who lives and does business in our region.”

Karen SpiegelSupervisor, 2nd DistrictCounty of Riverside“Ali Sahabi made from just a large hole in the ground a beautiful legacy in the Dos Lagos development that will be forever there.  He brought this special development to the city of Corona and our region and I want to thank him for that.” said Riverside County 2nd District Supervisor Karen Spiegel.

Beyond brick-and-mortar accomplishments, it is the lasting impact Sahabi’s work has had on others that stands out as exemplary.

Sahabi has influenced a generation of builders, architects and government leaders with his vision of the future.

Sahabi has helped transform much of Southern California by promoting sustainable and resilient communities, inspiring clean and green technologies, and demonstrating a lifelong commitment to social and economic balance in his many professional endeavors.

He led a push in the early 2000s for clean and green technologies, renewable energy and sustainable development that can still be seen growing today throughout Southern California.

Jane BlockFounderRiverside LandConservancy“When I met Ali Sahabi I was quite delighted to find that this was a successful developer who also had the sense that he wanted the information that was available from the environmental community to make his development both environmentally positive and economically successful.” said Jane Block, founder of the Riverside Land Conservancy speaking of Sahabi’s Dos Lagos project.

As part of his push for sustainability in California, Sahabi generously endowed the University of California Riverside’s Center for Sustainable Suburban Development, and was instrumental in bringing the U.S. Green Building Council to the Inland Empire.

Today, Sahabi serves as President of Optimum Group, LLC., and provides innovative real estate development and construction management services to government agencies, public and private companies, nonprofit organizations, and Native American tribes. He speaks frequently as an industry leader at government and business functions advocating for sustainable and resilient development that will protect both the economy and communities.

Sahabi also serves as Chief Operating Officer of Optimum Seismic, one of California’s leading seismic retrofit engineering, fabrication and retrofit companies, whose goal is to make cities safer — something the Optimum Seismic team has been doing since 1984.

Evan Reis Executive Director & Co-FounderUS Resiliency Council “Ali Sahabi has become a leading voice in California for sustainable and resilient development,” says Evan Reis, Executive Director and Co-Founder of the US Resiliency Council.  “He generously gives his time and resources to carry these important messages to business and government leaders throughout the Golden State.”

Widely known for his philanthropic efforts, Sahabi supports a broad range of causes not only in the industry but organizations that promote important issues of community; social justice; public health and welfare; as well as primary, secondary and higher education.

Sahabi has also been a strong believer in the need for regional cooperation to improve the quality of life in California.  He initiated a regional movement towards sustainability through his nonprofit Green Institute for Village Empowerment, or GIVE, and launch of the Green Valley Initiative, which is credited with sparking some of the region’s most forward-thinking projects.

As a two-term past president of the BIA Baldy View Chapter, Sahabi inspired collaboration between various professional disciplines to help improve communities.  He worked with the County of San Bernardino and San Bernardino Community College District to advance a workforce development program.  Sahabi also worked with the Los Angeles County Business Federation, the Southern California Association of Governments and the Los Angeles Economic Development Corporation on a resiliency initiative.

Sahabi earned a Master of Real Estate Development degree from the University of Southern California School of Urban Planning and Development, and a Bachelor of Science degree in Management from Pepperdine University.

Sahabi and his wife, Aida, live in the Los Angeles area with their two children, Leila and Edward.

The award was presented at the BIA’s annual holiday charity gala on December 12 at the Sheraton Conference Center in Pomona. A special video about Sahabi’s career as a developer and his leadership in resilience and sustainability can be found at: www.youtube.com/watch?v=dqZO0RFIfYQ&t=1s