The development of Algorithms 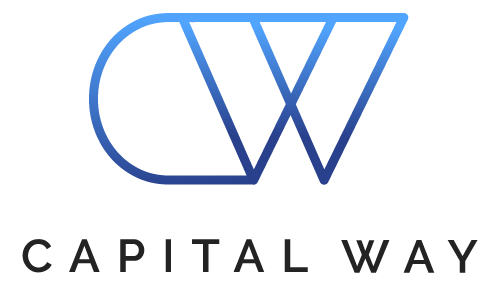 The trading world is a complicated one. Statistics show that 90% of investors actually lose money. In the 10% of successful investors, we can find people like Warren Buffet, George Soros, Bill Gates, and Donald Trump.

So what’s the answer? How do you become as successful as Buffet and Trump?

The internet will provide you with hundreds of answers and techniques and plans on how to become successful, but let’s be honest, do you think none of the other 90% has done the same thing?

Investing in the markets is a full-time job. Although the stock market closes at the end of every day, the currency market only closes at the end of every week, whereas the cryptocurrency market is open 24 hours a day, 7 days a week. There’s homework all around the clock, constant learning how to trade and reading, and practising the ability to understand graphs and how global events could affect the markets. Being away from the computer for even a short time could cause you incomprehensible losses. Now although its common knowledge that most traders are losing money due to a lack of knowledge on the market, it seems that people have forgotten to pay attention to the consequences of emotional trading too.

Although never officially calculated, the percentage of losing trades due to emotional trading is astonishing. You can tell because, in the US alone, it was calculated in 2017 that about 70% of overall trading volume is done by algorithmic trading. The simple explanation to this is that once automated trading became an option, traders realised that they have no control over their emotions and began looking for automated solutions, hoping for better luck.

Algorithmic trading first started in the late 1980s. Since then, with the development of technology, today’s algorithms have performed outstandingly, and not just in the trading world.

The police force was guided by algorithms created by a team of criminologists and scientists who developed the technique using IMB predictive analytics software. They compiled crime statistics from all over the city over time and overlaid it with other datasets, taking everything into consideration, then instructed algorithms to search for correlations in the data and identify crime “hot spots”. The police department made so many arrests in just 3 hours that they ran out of vehicles to transport the detainees to jail. In just 3 days 1,200 people had been arrested across the city.

Now imagine the impact that a fully developed algorithm can have on the trading world.

In 2013 Capital Way invented an incredible and extremely powerful automated trading software. Programmed to detect fundamental and technical analysis, the software is void of all human interference, carrying out all the trading 100% independently. After editing, testing and perfecting, the software was presented to the public in 2017, available to all. The beauty of algorithmic trading is that it eliminates the need to study and understand the markets because it does all the trading for you. The software provides you with the freedom of a bird, and the returns of a professional trader.

With over 10,000 clients from a wide verity of audiences, Capital Way has not closed a single month in loss so far. In 2019 alone we hit a personal high record twice, generating over 17% profit in 1 month. The software has the incredible capability to learn from the history of the market and perform accordingly. With an average return of 8-10% profit this year, the software is performing almost double as well as it has in the past, and we hope to see this activity continue.