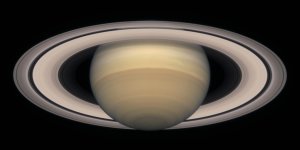 “I am proud to add these accomplished individuals to the Stilla team at this important time in our company’s growth,” said Rémi Dangla, Ph.D., Stilla’s CEO, cofounder and inventor of the company’s technology. “The expansion of our team is both evidence of our success and key to our ability to continue to accelerate adoption of the Naica™ Crystal Digital PCR™ System as we bring next-generation digital PCR to the mainstream.”

Khaled Bahi joins Stilla Technologies with more than 20 years experience in the medtech industry in finance and operations roles. Prior to joining Stilla, Khaled was CFO of the Swiss cardiovascular company Symetis, which was acquired by Boston Scientific as it was preparing for an IPO. Prior to Symetis, Khaled progressed through multiple roles over 15 years with Fresenius Medical Care. He holds a Master of Science in physics from ETH Zurich.

Jerome Leclercq joined Stilla Technologies in June 2019 as Senior Vice President of Commercial Operations, Europe and Asia. Jerome has more than 30 years of experience in the commercialization of advanced technologies in the life sciences. In his previous role, Jerome was Executive Vice President for Global Sales at Gilson Inc. Prior to Gilson, Jerome held senior sales management positions at PerkinElmer, where he contributed to the growth of the life sciences business units in strategic markets — including genomics and NGS, proteomics and biosimilars, in-vivo imaging and high-throughput automation of drug discovery. Jerome is a biotechnology engineering graduate of Polytech Clermont-Ferrand.

Quang Tran joins Stilla Technologies as Quality and Regulatory Affairs Director, with more than 20 years experience in the medtech and biotech industries in quality, regulatory and operating roles. In his previous role at BioSerenity, he was instrumental in growing the company from 30 to 400 employees. Before BioSerenity, Quang held QRA positions at Becton Dickinson, Eurobio and CHROMagar. Quang has a degree in applied bioengineering.

About Stilla Technologies Founded in 2013 at Ecole Polytechnique, Stilla Technologies is a Paris-based life sciences company focused on accelerating the development of next-generation genetic tests by providing a groundbreaking and flexible digital PCR solution: the Naica System. Taking advantage of cutting-edge microfluidic innovations, Stilla technologies aims to make dPCR a lab commodity for all areas of the life sciences. Stilla actively advises and supports its customers worldwide through its dynamic and multidisciplinary R&D team, with expertise spanning from microfluidics to chemistry, including molecular biology and AI. www.stillatechnologies.com