The Cave Sessions Vol. 2 - Recorded Live In An Irish Cave 3000 years ago an on-the-run musician wrote songs while hiding in caves. His lyrics survived - we recorded them in an Irish cave 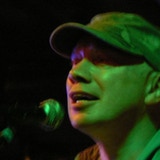 Well, well, well The Cave Sessions Vol. 2 has been recorded and the songs are waiting to wing their way to you for your listening pleasure!

And it sounds like nothing you’ve ever heard before! I’ll explain why in a moment but in the meantime, if you’re new to The Cave Sessions here’s the back story:

3000 years ago a refugee musician, while fleeing from his own government forces in the middle east, wrote songs while hiding out in caves.

Songs of honest pain and desperation, songs of hope, prayer songs fueled by a vision beyond intimidation and fear.

Those songs have been handed down to this day. We don’t have the original music but we do have the lyrics; words which have comforted and inspired generations ever since.

The Cave Sessions are about taking those words and creating songs and music inspired by them, then performing them… in a cave!

Volume 2 is based on Psalm 142, one of those original cave songs, and has been recorded at The Boatman’s cave, Ballintoy, Co. Antrim, N. Ireland (Game of Thrones is filmed here too).

Here’s why this project has a unique sound you won’t hear anywhere else.

We invented a brand new instrument… The Stringer Bowing Machine!

Stu Reid (producer) and I were looking for a unique acoustic sound to express some of the emotion embedded in the original lyrics without having to resort to a synthesiser.

So, like a couple of mad scientists, we headed to my garage/workshop and experimented with a bunch of ideas.

And, as often is the case when you collaborate, a fusion of 2 different ideas produces something unique. In this case a rotating metal sound chamber with 16 cello strings powered by an old Singer Sewing machine foot treadle mechanism.

There is currently only one Stringer Bowing Machine on the planet. However, for this project we are prepared to build no.2 if you want it!! (See the rewards).

We think you’re going to love this new sound!

To help us raise these additional funds for manufacturing, marketing etc. you’ll be getting some rewards that won’t be available to the general public when we do the public release later.

Choose your reward level from the following:

There is only one Stringer Bowing Machine in the world and already people are asking for sound samples, recording sessions etc.   This is your opportunity to own number 2!  Stu and I will lovingly craft the world’s 2nd ever Stringer Bowing Machine and keep you posted as we build it.  Not only will you own a unique sounding instrument, it also makes for a really interesting furniture piece.

By backing this project now you’ll be helping to create something unique, you’ll get access to it before the general public, you’ll get unique rewards and you’ll be considered a worthy and honourable patron of the arts!

If you’ve got questions or suggestions click the ask a question button below and we’ll respond asap.

Choose your reward and jump onboard!

*Andy Rogers is a singer songwriter from the Causeway Coast of Ireland with songs published and recordings produced on EMI’s Kingsway label.

An artist on Integrity’s original ‘New Celts’ album (along with Robin Mark, Brian Houston & Joanne Hogg) and more recently on ‘Engage24’ with Ian Hannah, his style has been described as ‘Ethno-Celt’ – a mix of acoustic ethnic sounds fused with contemporary musical sensibilities.

There’s not much risk as the recording has been completed and it’s just the final manufacturing etc we’re finishing off right now but, as I’m sure you know, if we don’t meet the funding goal then no money is collected from you. We’ve set the target at the the low end of what we need to complete the work and provide you with your early rewards straight away ahead of the general public. Please know that no matter what comes our way, we’ll handle it and get you your rewards! If anything that could cause a delay in reward fulfilment comes up, you’ll be the first to know about it. But know that we’ll work hard behind the scenes to overcome any obstacle that comes our way and make sure you get your rewards – thank you for your support.