Rev transcribers hate the low pay, but the disturbing recordings are even worse 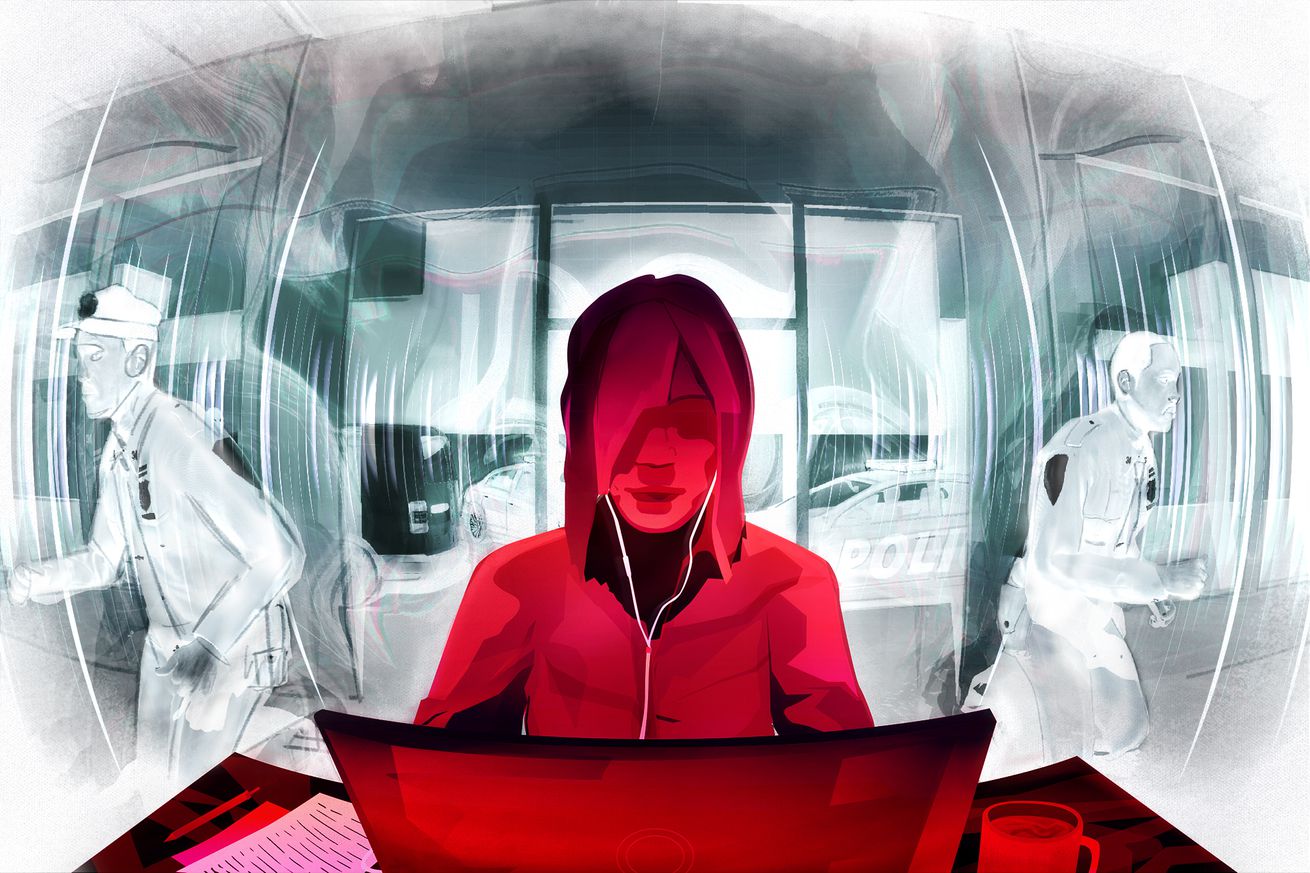 Content warning: This story contains discussion of abuse and violence.

One transcriber working for Rev says that, for them, the recordings that graphically detail someone being abused or assaulted are the most difficult to get through. For other transcribers at Rev, it’s the videos from police body cams that show dead bodies and people who have been attacked, or files where children talk about where an abuser touched them. “Of course, I have the option not to work on such files, but I have no way of knowing what I’m clicking on until I hear it,” the Revver says. A Rev transcriber can choose from a long list of largely unidentified recordings when picking what to work on. The trouble is, a file submitted under the “legal” category might be “a corporate law meeting,” the Revver says, or “a police recording with someone screaming in distress.”

Rev made headlines this month after it slashed minimum pay for its transcribers from 45 cents per audio / video minute transcribed to 30 cents. The company justified the change by saying it was also increasing the pay for more difficult files, and so, ultimately, the amount paid out to transcribers would be about the same. But even though Rev says the changes will only affect a “very small number of jobs,” workers say they are seeing substantial pay cuts because of the change — and for some, the work increasingly isn’t worth the time and stress.

“I’ve finished more than one file in tears … and frankly I have no training or expertise that really helps me cope with it.”

Rev was founded in 2010 and raised $4.5 million in funding over the next couple of years. The San Francisco- and Austin-based company claims to have over 50,000 independent contractors who transcribe audio at a flat rate of $1 per minute, with its list of customers including Amazon, Microsoft, Viacom, and UCLA, among many others. For transcribers, it touts the freedom of setting their own hours, working from home, and getting paid out on a weekly basis. Many of the Revvers The Verge spoke with were initially attracted to the site by these promises. It fills a need for those who can’t hold a traditional job for any number of personal reasons. “So many people that do this job,” a Revver says, “They’re caring for elderly parents. They have multiple sclerosis … They’re just desperately trying to get by.”

But over a dozen Revvers, who asked to remain anonymous because they still work on the platform, say that while the work is appealing on the surface, this recent pay cut makes staying on the service hard to justify. Difficult transcription jobs sometimes work out to sub-minimum wage rates, and many transcribers have been exposed to disturbing content without warning.

A normal day transcribing for Rev is mostly filled with boring stuff: meetings, marketing pitches, and company presentations. There are also some fun jobs. Several Revvers say they learned about new podcasts through working on files or liked listening to authors talk about their books. One enjoyed transcribing comedy specials before they aired.

But every so often, Rev transcribers also encounter upsetting content, and having to deal with it unexpectedly and for lower wages makes the work that much harder.

It doesn’t bother everyone, but for some, it can be overwhelming. “I’ve finished more than one file in tears because listening to someone talk about being abused or assaulted is emotionally taxing, and frankly I have no training or expertise that really helps me cope with it,” one Revver tells The Verge.

The pay rate assigned to each transcription is variable and set by an algorithm. To pick up work, Revvers comb through a queue of available jobs, and when they find one they want to transcribe, they claim it. They then have a one-hour grace period where, if something comes up or the file is too bothersome, they can throw the file back in the queue without penalty. An AI helps to transcribe audio on some files before it’s given to a person, but Revvers say it’s inconsistent.

Rev bans violent, obscene, and pornographic content, but the rules don’t seem to be enforced

Revvers say it’s often unclear what they’re getting into when they start a recording. Usually, the only indicators a Revver has as to what’s inside a file is its title and the name of the person submitting it, should it be a person or entity they recognize. Some clients mark the general category of the job they submit or how many speakers there are, but many don’t or label files incorrectly. That leaves Revvers to do the work of organizing files or warning others of a file’s quality and content — something they can only do if they’ve already taken time to listen to the recording. “It’s a unique situation because we are direct competitors,” says one Revver, “but we will stop and help each other.” All of this assistance is done without pay.

One person said they began transcribing a file because it was submitted by an academic institution, only to realize later that it was a Title IX investigation with graphic descriptions of assault. So then they have to make a decision: “I’m already halfway through this, do I bail or do I get through it?” they said. “And usually the answer is: I get through it and then I leave the platform for the rest of the day, because when that happens, it fucking sucks.”

“Instantly there was a set of genitals right in front of me, completely not covered up.”

If the transcriber chooses to not finish a job after the hour-long grace period, they risk receiving a lowered “commitment ratio score” in addition to giving up any money they would have made. If a transcriber’s standing goes below a certain threshold, their account can be terminated. “Sometimes you’ll get part way through a file and realize, ‘Oh, this involves some child abuse,’” says another Revver. “And if it’s past the unclaimed time, you can’t [abandon] it.”

In an email to The Verge, Rev said that “all files” are categorized, but Revvers say this is untrue. Screenshots sent to The Verge show numerous files in Rev’s queue without any subject assigned. “At least 50 percent of them have no subject,” one Revver said.

Many Revvers do the work to earn extra money, but for some, this kind of work is a necessity. One Revver The Verge spoke with used the site as a stopgap after losing their full-time job. Others have disabilities and can’t hold full-time jobs. Another uses it to supplement their Social Security. Even with Rev work as a supplement, they say their income is about half the national poverty level.

One Revver The Verge spoke with lives in a rural area and is unable to drive for mental health reasons. They have a part-time job that’s a 90-minute walk away, and they are not near a bus line. They signed up for Rev in order to save up for a new bicycle so they could reach their current part-time job and the nearest town more easily. “I have a 35-year-old bicycle,” they tell The Verge. “It’s trucking along, but it’s bad with the rain and hills. Rev’s pay keeps dwindling. I can’t buy a new bike now.”

The company’s lowered rates spilled over into the public spotlight earlier this month when transcriber Li Zilles tweeted about the change and called it “another example of a gig economy startup brazenly mistreating its workers.”

“I want [Rev] to thrive, but I also want to thrive along with them.”

Many Revvers say that the pay was okay before this recent change. They were able to meet their state’s minimum wage (which they are not guaranteed because of the job’s freelance nature), and it was enough to keep them happy. But for several people The Verge spoke with, that’s no longer the case with Rev’s new payment structure. Some transcribers said they couldn’t keep pace with the low federal minimum wage of $7.25 per hour. One Revver says their earnings have already decreased by over one-third, and now they fear they might not be able to make rent.

In an email, Rev said that “many skilled transcriptionists on Rev earn $15+ per hour. Slower and less experienced typists earn less.” It said jobs are offered at “a wide range of pay rates” and are paid per job, not hourly, because the workers are freelance.

A common misconception with transcription is that it doesn’t take that much time or require much expertise. But as many professional longtime transcribers working on Rev tell The Verge, you need good and accurate typing, proofreading, grammar, punctuation, and language skills. Even then, a 15-minute file will likely take someone an hour to transcribe. That’s for clear audio, without much crosstalk, heavy accents, background noise, or the need to fact-check the array of technical words that might pop up in medical or legal files.

Rev says it accounts for these challenges with its algorithm, which supposedly sets higher rates per minute for more difficult files and lower rates for easier ones. But many say the math doesn’t work out, and harder files that take twice as long to transcribe don’t necessarily pay more than twice as much for the effort. The harder jobs can also be more mentally and physically tiring, writes one transcriber in a note published on Gizmodo.

Another Revver who The Verge spoke with summed up the exasperation many feel with the company’s latest changes. “We’re not being recognized … We get no legal protections. We get nothing,” they said.

Uber, Instacart, Postmates, and others have been similarly scrutinized for their treatment of contractors

In states where there are stronger protections around freelance work, the changes don’t necessarily end up helping the workers. In California, for instance, Rev no longer accepts freelance transcribers. In an email, the company’s CEO, Jason Chicola, said having to remove them from the platform was “devastating for us” and “the hardest thing I’ve had to do in my entire career.”

Revvers say they don’t want the site to go away. They just want the company to pay attention to their grievances. “I don’t want Rev to go under,” says one worker. “I want them to thrive, but I also want to thrive along with them.”