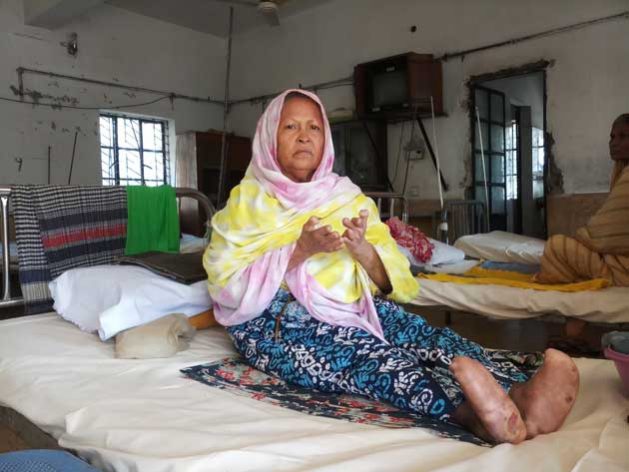 DHAKA, Bangladesh, Dec 9 2019 (IPS) – Despite having remarkable success in leprosy control in the last decades, the Bangladesh government is now moving forward with a vision to build a leprosy- free country.

Leprosy continues to be a stigmatized condition deeply embedded in society. Socially marginalized groups such as women and the urban poor are less likely to seek medical attention..

The Global Leprosy Strategy ensured increased commitment towards a further reduction of the burden of Hansen’s disease and prevention of lifelong disability for children affected by leprosy. This strategy focuses on universal health coverage bringing women, children and vulnerable people under the programme so that the sustainable development goal-3, which ensures a healthy life for all, can be achieved by 2030.

Shafiqul said the National Leprosy Programme of the government aims to reduce the leprosy burden further by leprosy elimination at the district level by 2020 as per the global strategy, with targets of zero grade 2 disability (G2D) among paediatric patients and reduction of new leprosy cases with G2D to less than one case per one million people.

To achieve the targets the National Leprosy Programme, in collaboration with partner NGOs, is arranging a national conference on leprosy in Dhaka on December 11 under the theme “ZeRo leprosy initiative”.

Bangladesh Prime Minister Sheikh Hasina is expected to speak at the inaugural session of the conference as the chief guest. 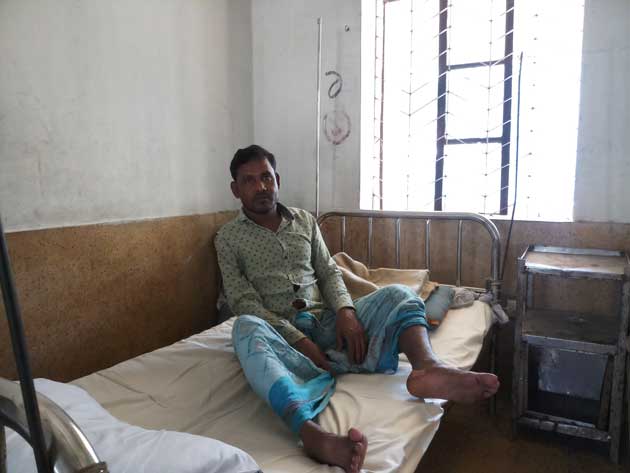 The data reveals about 4,000 patients were detected per year in the country over the last few years, with this figure standing at 3,729 in 2018. Among the newly detected cases about 41 percent are MB patients.

Leprosy is a chronic infectious disease caused by bacteria (Mycobacterium Leprae). It mostly affects the skin, peripheral nerves and mucous membranes of the body. Delayed diagnosis of the disease leads to deformity mainly in the hands, feet and eyes. The bacteria not only destroys the peripheral nerve but also destroys social norms by leading to stigma, discrimination, divorce and isolation. It also affects the person physically, socially, mentally and economically.

The Leprosy programme is now facing several critical challenges after achieving its elimination target due to a gradual decrease in funding allocation for the programme, which has resulted in fewer activities, less training and losing experienced personnel. Ultimately, leprosy is losing its importance as an infectious disease.

Experts say the next major challenge is to sustain knowledge, skills and expertise in leprosy management, especially in less prevalent areas.

“Community education and awareness do not immediately dispel stigma. More evidence is needed for better understanding the causes of stigma and access to the effective intervention to decrease it,” Shafiqul said.

Finally, he said, additional challenges remained for prevention of visible disability and deformity in those who are already taking MDT, as well as community-based rehabilitation for the affected people.

“One of the challenges is to ensure quality care for the people affected by leprosy. There is no room to show our sympathy but it is their right to get quality health care. They also deserve our love, respect, dignity and support so that they can overcome life-struggling situations,” Dr David Pahan, Country Director of Lepra Bangladesh, said.

“We should continue our fight against leprosy bacteria. M. Leprae is a very clever bacteria with a long incubation period (remaining inactive especially in the nerves) before showing any symptoms. Our goal is to unite all our efforts to eradicate this disease and to see leprosy–free Bangladesh as soonest possible,” he added.

History of Leprosy in Bangladesh

The history of leprosy dates back centuries in Bangladesh. Different Christian missionary organizations used to provide leprosy services in various high endemic areas of the country. In 1965 leprosy services were implemented in the government sector through three public hospitals. Dapsone monotherapy was used to treat leprosy patients at that time. Multi-Drug Therapy (MDT) was recommended by the World Health Organization (WHO) for treating leprosy in 1982. The Bangladesh government expanded leprosy services to 120 high endemic upazilas by using MDT in 1985.

Bangladesh achieved a national target of leprosy elimination as a public health problem (less than one case per 10,000 population) in 1998, two years ahead of the WHO target for leprosy elimination by 2000. At present eight NGOs, including Lepra Bangladesh and Damien Foundation Bangladesh, are working with the National Leprosy Programme with shared responsibilities to completely eradicate the Hansen disease in the country.