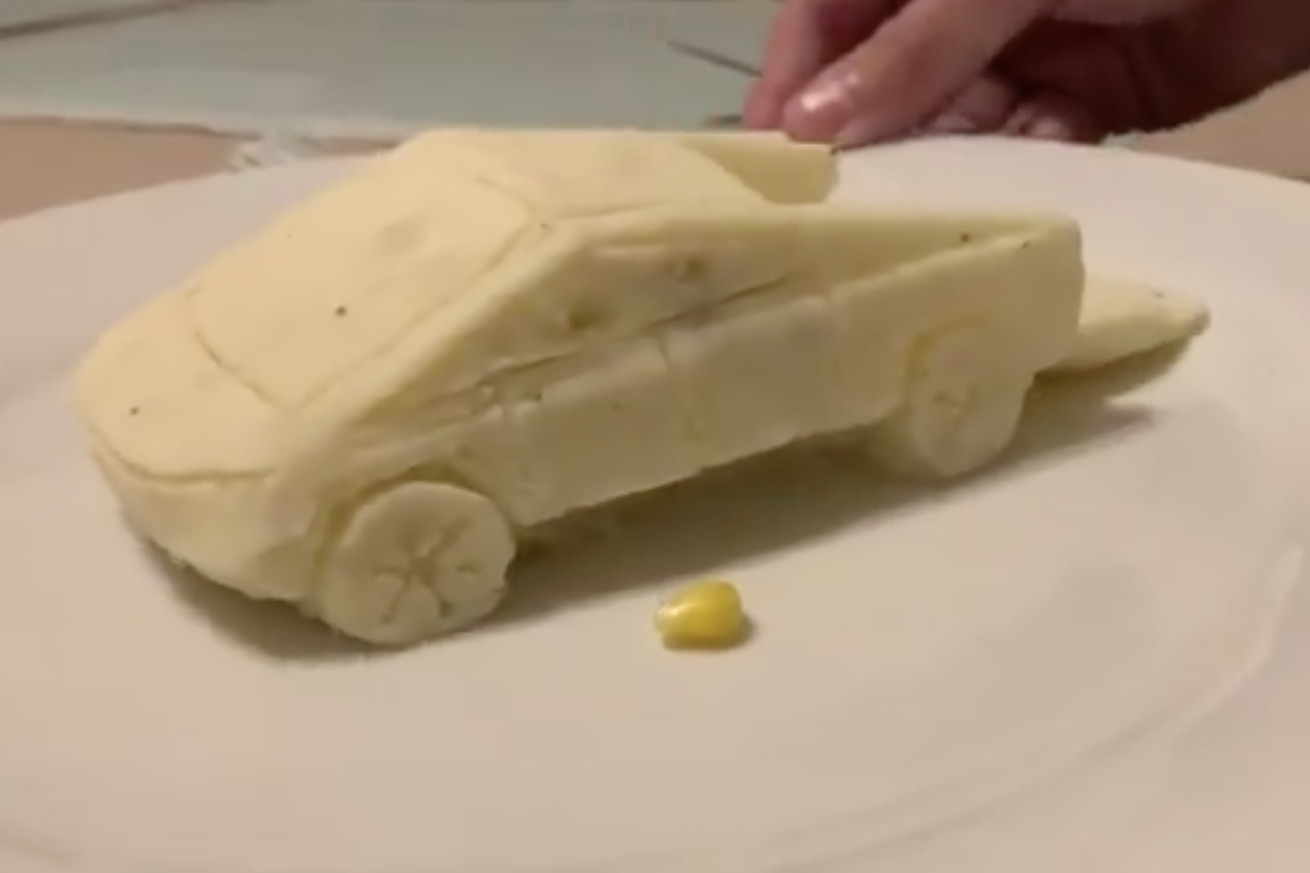 It’s rude to play with your food at the Thanksgiving dinner table, but exceptions can be made if you’re sculpting newly announced cyberpunk pickup trucks out of your tubers.

On Thanksgiving day, Dan Milano, a producer for NowThis News, shared a video of his brother Greg recreating a Tesla Cybertruck out of his mashed potatoes. Amazingly, the tiny car truly does resemble the truck’s polarizing angular style.

My brother has been working on a mashed potato cybertruck for over an hour pic.twitter.com/Bze4kOKiHy

But Greg didn’t stop there. An entire Twitter thread showcased his sculpting journey as he scooped out the back to create the truck bed and created a ramp out the back end. He even punctured two holes into the “windows” — an ode to the Cybertruck reveal, when Tesla’s lead designer Franz von Holzhausen accidentally smashed the truck’s glass windows with a metal ball.

The windows have been mashed, by popular request. pic.twitter.com/iJxVxhVIxU

The life of the potato Cybertruck — or Tatertruck, as I have nicknamed it — didn’t last long. Its fate was to be doused in gravy by the end of the night. It was a truck after all, and trucks are meant to carry things, including hot meaty sauces.

Apparently this isn’t Greg’s first time creating art from starchy vegetable roots. Dan added a link to his brother’s Instagram account, which also includes an impressive mashed potato sculpture of New York City’s Guggenheim Museum. He also noted that Greg makes a “mashterpiece” every year. I think I speak for the entire internet community when I say that Greg should increase the frequency of his mashed creations; he’s clearly a prodigy.