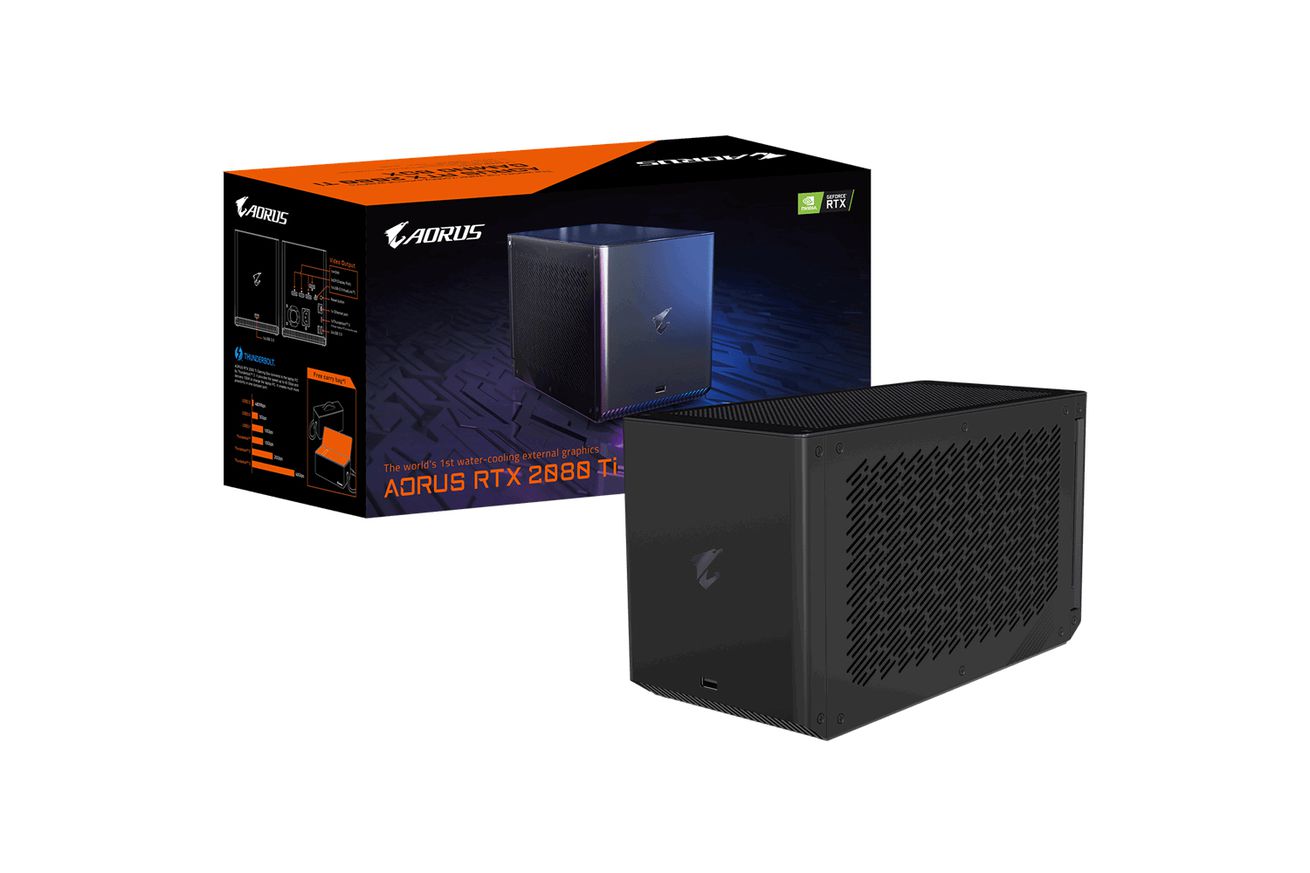 Gigabyte’s latest eGPU is the Aorus RTX 2080 Ti, a $1500 external graphics box containing one of Nvidia’s most powerful consumer graphics cards. Rather than relying on air-cooling, this is the first external graphics card to use an all-in-one water-cooling system, and it includes a 240-mm radiator equipped by two 120-mm fans. The result is an accessory that should give a Thunderbolt 3-equipped laptop or desktop a decent graphics boost, all without producing too much noise. It’s a lot of kit for a reasonable price.

Including an RTX 2080 Ti graphics card makes this one of the most powerful eGPUs on the market. However, you shouldn’t expect it to offer the same kinds of performance as you’d get from installing the graphics card directly inside a desktop machine. Using the card as an eGPU means connecting it to your computer or laptop over Thunderbolt 3, which benchmarks (such as these fromTechSpot) show can bottleneck performance under certain circumstances.

Outside of the graphics card, Gigabyte’s accessory also includes a USB hub featuring three Type-A connectors and one Type-C, as well as an Ethernet port. You get three DisplayPort video outputs, an HDMI output to connect it to an external monitor, and an additional USB-C VirtualLink port to use with VR headsets. Oh, and there’s RGB lighting, in case you care about that sort of thing.

Still, if you’re using a Windows 10 laptop, the Gigabyte Aorus RTX 2080 Ti one of the most powerful pre-configured eGPUs we’ve seen. Sure, there’s nothing to stop you buying an empty Razer Core X enclosure and then putting your own RTX 2080 Ti in it, but even then it’s not going to be neatly water-cooled like Gigabyte’s model which should have more overclocking potential. Gigabyte doesn’t mention whether you can manually upgrade the GPU in its new enclosure, however, which probably means you’ll be stuck with its RTX 2080 Ti for the foreseeable future.