With Love, Escargot: A Stop-Motion Short Film A five act, stop motion animated short, chronicling a conflict between two friends and the way their emotions manifest around them 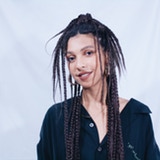 A 7 minute stop-motion animated film about friendship,   conflict, and the way nature mimics our deepest emotions.

Hi, I’m Kesiah! This is my thesis film at the California institute of the Arts, where I get the chance to direct and work on this production alongside many great and talented people and where I’ve been making stop motion films for the last three years. Here’s some of my previous work:

However, as wonderful as this process has been, we need some support in order to get this film built, shot, and animated (+ sent off to festivals down the line)!

So far, pre-production is basically complete, other than for a few housekeeping things left to do. We’ve begun fabrication on several of the sets but as you can imagine, my college student wallet only goes so far and materials add up to an *unspeakable* (see the number above) amount, extremely fast.

More about the Film

Stylistically speaking, With Love, Escargot needs to be more than anything, dreamy and comforting to look at. It’s a story about a topic that not many of us really like to deal with (confrontation and conflict!) but my wish it to take this big scary feeling and make it *not so bad*. Though the film will be stop motion animated, the goal is to make everything will look like a cross between storybook and real life, like the kind you might find in a tiny old european bookstore.

CONCEPT BOARDS (to establish the overall tone and visual elements of each scene.)

With Love, Escargot  will be released as a digital download in July 2020, only to Kickstarter backers before being released online, later in the year. Make sure to pledge to get first access and to help this kickstarter reach its $7000 goal!

THANK YOU so much for all your support !

One of the biggest risks when launching a kickstarter campaign is the very real possibility of not reaching the goal. For this project, that would mean some serious budget cuts, time delays and the overall quality of the finished film potentially getting compromised. Beyond the kickstarter, common risks that come about with most stop motion animated films are time and resources. It is always a possibility, as with any project such as this one, that time delays may come up and cause the finish date to be pushed back. I’ve created a very intense schedule as a way to be aware of all the limitations of time and so far, we’ve been on track for the film to be completed and released by July 2020! As for resources, I’ve carefully taken the time to create a very detailed budget plan, with every possible expense accounted for and the plan is to stick by it throughout the duration of this project to make sure that there is absolutely no going over budget. For backer gifts, most if not all of them will be handmade and personalized, on top of creating the film. If any small delays come up, it is simply to ensure that every piece is made with utmost care and love, but again, getting everything done in time is a prime priority for every part of the production, including getting these gifts to you all as fast as possible!