The Seer: A Psionic Class for 5E A comprehensive psionic character option for 5th Edition 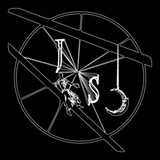 Have you been waiting for Psionic character options in 5th edition? I mean Psionic options, not “I cast this spell but with my BRAIN?” I’ve got you covered. This very short kickstarter is to develop and grant others an opportunity to experience this character concept as it was meant to be played; an interesting, dynamic alternative to magic which makes use of unique mechanics.

If you’re curious as to how I can take this on, check out the Alchemist, my very first kickstarter (undertaken almost a year ago)! The alchemist was a similarly mistreated character concept, despite being a holy grail for game designers since the late 70’s! It too got the “repackaged spells” treatment. “Oh but this shield spell is in a jar!”

I created and delivered on the alchemist, then created a slight revision of it to allow for even more dynamic play. It was a success! My only regret was, it being my first kickstarter, that more people didn’t get to see it and try it out.

Well, no worries. You can actually see that one for yourself as well, by backing at a higher reward tier (get the two products for cheaper than buying them separately on DTRPG)! Speaking of higher tier rewards, you can take a peak at the dev process for the second draft version, or even contribute to it, placing YOUR name on the doc!

So what is the Seer? It’s actually a class I wrote for a distant but upcoming RPG called Lords of Brackas. I went through the domains spells and other forms of magic would control, then determined what domains psionics would control. Turns out while that Venn Diagram overlaps a bit in 5e, they still retain a distinct flavor, far more so than you’ll find coming out of official content for quite some time, I’d wager. So, psions attack a person’s subconscious, as opposed to displacing their personality (as charm person and suggestion do). Instead of merely altering someone’s perception of events around them, psionics will grant you time-altering effects (nothing to break the action economy, don’t worry GMs). Instead of conjuring matter and energy, and only be able to do so in limited, spelled out ways, psionics can manipulate what matter and energy they have on hand, and exercise very fine control over their form and effects.

Let’s get psionics going for 5E.

None. No, seriously. This is the one aspect of tabletop gaming I can do in a day or two. Second draft? Another day or two. I’ll give myself another 3 days for any sudden flashes of insight (WAIT, I CAN DO ANOTHER THING) and add to another