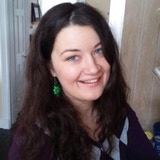 This film is about what happens when a country believes the health of its citizens is a price worth paying for economic growth.

It has been over three decades since the cattle on Nuala and Pat Geoghegan’s dairy farm started acting strange. First, it was the runny noses, wheezing, and difficulty breathing. Then came the foamy milk, ill-shaped bodies, mental confusion, and the gaping skin ulcers. Finally, there were the spontaneous miscarriages, the infertile wombs, and the unexplained deaths.

After the cattle started to fall, the people did, too.

Aughinish Alumina, the largest aluminum smelting plant in all of Europe, moved into Nuala’s backyard just over 34 years ago. At the time, Ireland’s Environmental Protection Agency didn’t even exist.

The Irish Development Association, created solely with the purpose of attracting foreign investors, handled the contract with Aughinish Alumina, and others like it. In order to court new business, it offered foreign investors tax breaks, grants, and a variety of incentives, including an excessively lax attitude towards environmental regulation. By the 1970s and 80s, U.S. and U.K. companies that had refused to comply with domestic environmental legislation started relocating to Ireland. In 1989, Greenpeace described the situation as a reflection of Ireland’s economic naivety: “Irish law tends to be non-specific in effluent matters, reflecting the unadvanced state of the economy.”

By the 1990s, this strategy of courting foreign investment made Ireland a player on the international stage – and it has continued to do so ever since. But, at what cost?

In this film, we catalogue the shocking turn of events that have unfolded over the past 30 years. Ireland’s government has essentially been protecting Aughinish Alumina by taking measures to cover up scientific evidence of human health risks, and to silence the Geoghegans and people like them. We have evidence of activities that we can’t go into detail on right now, because it is related to very sensitive sources, but we can verify that we would not make such bold claims without evidence to support them.

The Irish government continues to support the aluminum giant to this day. Early this year, as the Geoghegans continued to protest outside the Dáil, the Irish government advocated on behalf of Aughinish Alumina to high-ranking members of the U.S. government, to lift sanctions it had placed on the plant’s then-owner, Oleg Deripaska. The U.S. government had placed sanctions on the Russian oligarch because of his connections to Donald Trump. After much effort on Ireland’s behalf, Trump lifted the sanctions on Deripaska, and Aughinish Alumina’s profits soared. The Irish press reported these events as great successes, even as locals continued to complain that they are being slowly poisoned by the company.

In this film, we examine Ireland’s business-protection-oriented policies through three separate contexts: the personal, the political, and the historical. First, we follow the excruciating personal journey of the Geoghegans. Second, we examine the political and economic motivation to protect toxic polluters like Aughinish Alumina. Third, we examine the historical context of a post-colonial nation that was ready to sacrifice everything for a place on the world stage.

We don’t believe that humans are a price worth paying for economic growth, and we don’t think you do, either. So, please join us in trying to get this story out there.

WHERE WE ARE IN PRODUCTION:

We want the Geoghegans to find justice, and we’re determined to tell this story – but we need your help to make that dream a reality. Right now, we have footage of the Geoghegans talking about their experiences, and some drone footage of Aughinish Alumina from above, but we need to carefully build out the rest of the film. We need to go through all of the documents that we do have – evidence of absolutely extraordinary measures that the government took to squash this case – and to interview people who know more about this story. We can’t reveal much about the evidence we have, because we need to be able to protect certain sources, and to pursue others. What we can promise is that we will absolutely keep you updated on the progress of this case. We hope that we can we work together to make this film a reality.

Salma Hbaich is the Co-Producer/Director of Photography of the film. She is a New York City based filmmaker and cinematographer with several years of diverse experience working in television, film, and commercials. She has worked on television shows including Elementary, Iron Fist, The Marvelous Ms. Maisel, Chopped, Cake Boss, The Employables, and many more. Salma has a passion for telling character driven stories and is excited to Co-Produce/DP the film. She graduated from Fairleigh Dickinson University with a degree in Film & Cinematography.

Irish artist Andrew Kavanagh has supported this film since day 1. He created and donated this artwork to help us raise funds for this film. WHEN YOU ORDER A PRINT OR A T-SHIRT, IT WILL FEATURE THIS CUSTOM-DESIGNED ARTWORK BY ANDREW:

In this film, we’ll be challenging the Irish government, which wants to turn a blind eye towards this case and others like it, as well as a business-friendly EPA, and a Russian alumina giant, with ties to Trump. But, we’re determined to bring this out into the light, where it belongs.