Four reasons social networks gave us to be thankful this year 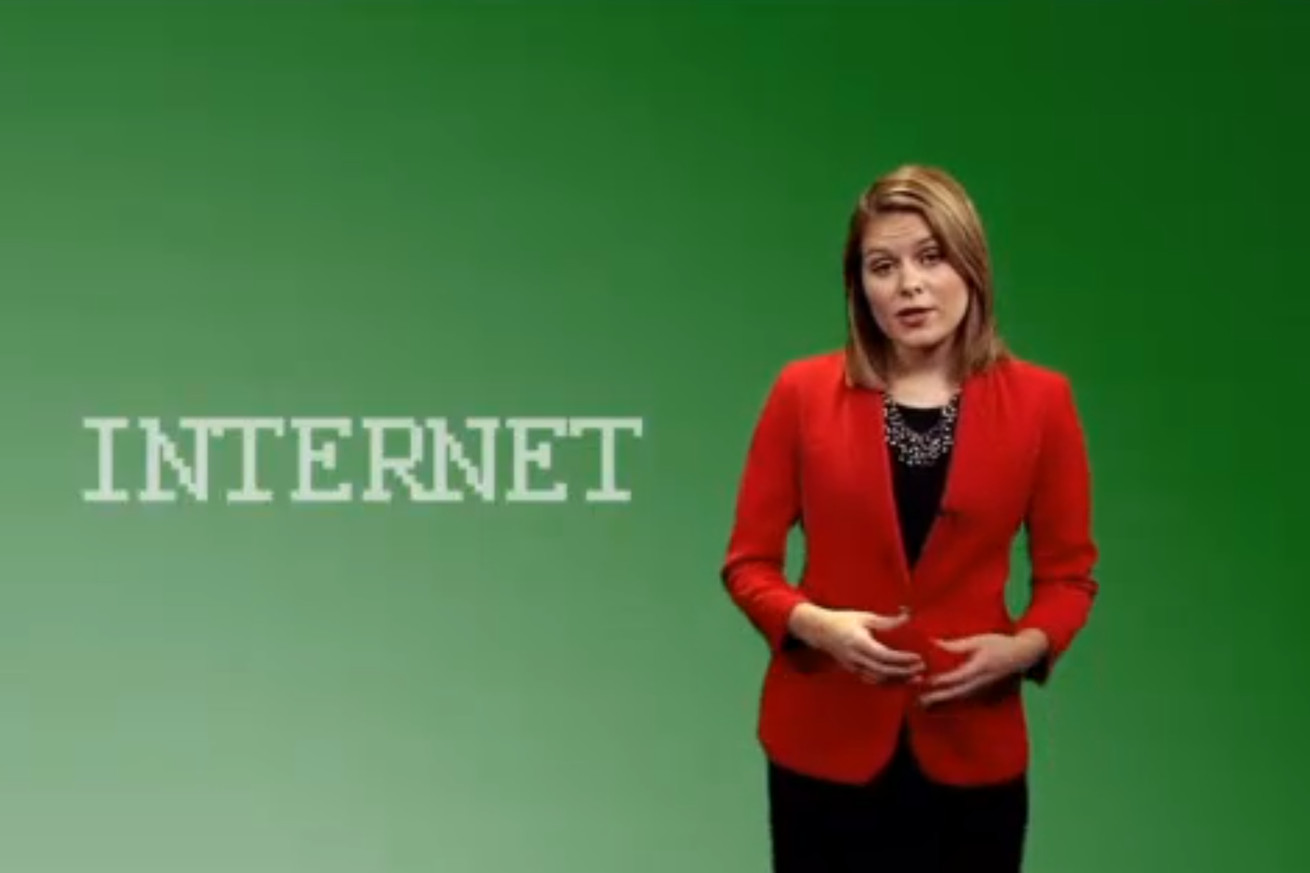 It’s Thanksgiving here in the United States, and you know what that means: coasting into the holiday weekend on a corny hack premise that we ought to be able to wrap up by lunchtime. (The Interface will return on Monday.) And so, with that in mind, let’s end November on a note of gratitude. Here’s something to be grateful about for each of our big social networks as we close out the year.

Facebook is making rapid progress on the development of its Oversight Board, an independent group that will serve as a kind of Supreme Court for moderation decisions. I’m told that the initial board will be named within the next month or so, and will begin hearing cases next year. I’m rooting for the Oversight Board because it could give the social network a veneer of accountability. For the first time, people whose content is removed unfairly will be able to get a fair hearing from a disinterested third party. Of course, it might not work — but in the absence of meaningful regulation, I’m thankful that Facebook is trying.

YouTube has had such a rough year that I struggled to come up with a major product or policy win. (60 Minutes is apparently doing a piece on YouTube’s struggles on Sunday.) Fortunately, its parent company placed sensible limits on political advertising — restricting the ability of candidates to micro-target voters in advertisements. This has the effect of limiting the overall amount of political advertising, making it easier for citizens, journalists, and academics to understand in real time the arguments that politicians and their supporters are making. It will also likely encourage politicians to aim their messages at broader sections of the electorate, so as to maximize the reach and impact of their messaging. It’s one of the very few things platforms have done this year that might reverse one of the trends that worries me the most — accelerating political polarization here and around the world. That’s one of the reasons I predict Facebook will adopt similar restrictions in the next year.

Twitter woke up from a decade-long nap and began to ship new products on a regular basis again. Your favorites of these may vary from mine, but there really are a bunch to choose from. As I wrote here earlier this month: “Under the leadership of head of product Kayvon Beykpour, the company began removing abusive tweets faster; shipped a native app for MacOS; added a search feature to direct messages; turned its lists into swipeable timelines; and began letting you hide replies to your tweets. And that’s just what the company has shipped since September.” I’ve also been enjoying the new ability to follow topics, which has been great for following niche interests. It’s hard to see this as anything other than progress, and here’s to much more of it in 2020.

Snap is the most creative company in consumer technology, but until recently it looked like the business behind it was in freefall. But against the odds, CEO Evan Spiegel appears to have turned it around this year. A redesigned Android app and surging usage overseas helped return the company to user growth, the company’s new C-suite executives managed to last the year without quitting or being fired, and the stock is up 189 percent. The company has even found a sympathetic ear among antitrust regulators investigating Facebook. I’m grateful that the company is now in a strong position to continuing to do what it has always done best: create innovative new tools for creating and communicating.

I am also grateful for: content moderators, antitrust regulators, and readers like you, who have given me one of the most interesting jobs in the world.

Anyway, those are my thanks for this November — what are yours? Happy Turkey Day, and just to make this column a little more Interface-y, here are 12 conspiracy theories you’re likely to hear from your family members at Thanksgiving dinner.

Trending up: Researchers at Google and Facebook are creating tools to find AI-generated deepfakes before they become impossible to detect. But some experts fear deepfake technology is moving too fast to keep up.

Trending down: Twitter backed off on a plan to delete a bunch of inactive accounts after people complained that tweets from lots of prominent people who have died would disappear if it followed through.

Trending down: Apple caved to Russian demands to depict Crimea as Russian territory to users of Apple Maps in Russia. The territory was annexed to Russia from Ukraine in violation of international law.

⭐ Facebook will no longer allow the white nationalist groups Red Ice TV and Affirmative Right to use its platform. The move comes days after The Guardianpublished a story revealing white nationalist organizations are continuing to operate on Facebook, eight months after a promised ban. Julia Carrie Wong, the author of the original piece, explains:

A Facebook spokesperson said on Tuesday that the company has now determined that Red Ice TV and Affirmative Right violate its policy against “organized hate”. The ban will include the pages of the Red Ice TV hosts Lana Lokteff and Henrik Palmgren, as well as their internet radio show, Radio3Fourteen.

Red Ice TV gained popularity on YouTube in recent years as a mouthpiece for the growing movement of white nationalists and white supremacists around the world. It has hosted white nationalists such as the Counter-Currents publisher Greg Johnson and the publisher of Daily Stormer website.

It’s surprisingly easy to register a .gov domain and use it for fraudulent purposes. (Brian Krebs / Krebs on Security)

ByteDance stepped up its efforts to separate TikTok from the company’s Chinese operations. The move comes amid a national security probe into the company’s data security practices, particularly for users in the US. It’s also in talks to borrow $2 billion in fresh funding. (Echo Wang, Alexandra Alper, Yingzhi Yang / Reuters)

Influencers and bloggers are being offered money to post sponsored content about Cory Booker. A Democratic Super PAC confirmed that it is behind the social media campaign. (Tanya Chen / BuzzFeed)

Facebook’s only fact-checking service in the Netherlands recently quit over a dispute about the social network’s policy to allow politicians to run ads containing misinformation. (Zoe Schiffer / The Verge)

Elsewhere, some police departments want to add facial recognition to Ring. And it may be working on artificial intelligence-generated “watch lists” for neighborhoods, which sounds ominous. (Caroline Haskins / BuzzFeed)

How a doctored photo of Sen. Elizabeth Warren went viral on Twitter, despite her campaign’s efforts to stop it. (Isaac Stanley-Becker and Tony Romm / Washington Post)

The audio transcription platform Rev banned children from working as transcribers following an investigation from The Verge. The article reported on how Rev’s freelancers are often exposed to disturbing content without warning. (Dani Deahl / The Verge)

In South Africa, one of the world’s most racially divided countries, a company called Vumacam is building a nationwide surveillance network. Vumacam scrutinizes peoples’ movements for “unusual behavior.” It also contributes to AI-powered apartheid, according to this scholar. (Michael Kwet / Vice)

⭐ Facebook bought the VR studio behind Beat Saber, a virtual reality rhythm game. The organization will join Oculus Studios but will continue to operate independently. TechCrunch’s Lucas Matney has the story:

This is an interesting direction change for Oculus, which has spent much of the past four years refining how it grows the content ecosystem for its virtual reality headsets.

Initially, the company produced some of the content in-house while dumping hundreds of millions of dollars into tons of exclusives from indie studios that were interested in playing around with the VR medium. In the past couple years there’s been a new direction change as the company has funneled more money into fewer high-profile studios, trying to court big titles to the Oculus platform.

Buying Beat Games and bringing it into the fold of Oculus Studios suggest Facebook may be interested in following the strategies Microsoft and Sony have employed as they’ve bought up small studios and funded new titles. One thing Facebook is claiming they aren’t after is platform exclusivity, saying Beat Games will continue to support the platforms that they are already on.

Here’s a flawless Twitter dunk 12 years in the making that sprung from the company’s announcement it would delete a bunch of inactive accounts. (It subsequently backed down.) (Brian Barrett / Wired)

Roger McNamee used to advise tech executives like Mark Zuckerberg. Then he became disenchanted with the industry, and began speaking out about how social media companies like Facebook thrive on conflict. This profile offers an in-depth look into McNamee’s political awakening. (Brian Barth / The New Yorker)

A redesign of the YouTube homepage has left some users cold. The old one had distinct sections; the new one is just a raw slurry of content. (Julia Alexander / The Verge)

Patreon banned the controversial YouTuber Onision, after he allegedly doxxed a woman who says he harassed her and manipulated her into a sexual relationship. At least six women are now accusing the creator of harassment and emotional abuse. (Makena Kelly / The Verge)

Apple canceled the premiere of The Banker, starring Samuel L. Jackson, which was supposed to run at the American Film Institute’s annual festival in LA, citing unspecified concerns with the movie. The move is the latest snag in Apple’s plan to become a major Hollywood player, following the launch of Apple TV Plus on November 1st. (Nicole Sperling and Julia Jacobs / The New York Times)

Instagram co-founder Kevin Systrom still thinks technology can improve our lives. In this sharp interview, the editor-in-chief of The Cut asks him some tough questions about Instagram’s role in changing culture. (Stella Bugbee / Intelligencer)

Vote on the best meme of the decade.

‘Do You Mind If I Put You In My TikTok?’ Asks Younger Cousin About To Ruin Your Life https://trib.al/1ZaMwew 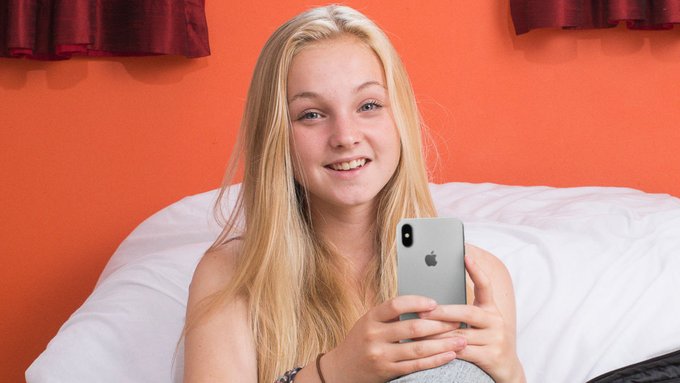 1,760 people are talking about this