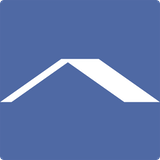 Research shown that user experience of most translator gadgets on current market are inconvenient, for instance, Bluetooth translator has to download certain app plus a pairing procedure before start using. The other problem is not being able to support OCR translation. OCR Translation is optical recognition technology that reads text which appears in images, with OCR translation, it will be able to give translation of text-in-image snapshot.

In order for better user experience, Wooask had developed a down-to-earth A.I. Translator product – Wooask W06. An individual device that is super easy to use, after connected to network, Wi-Fi or 4G mobile, Hold the A/B key and speech then it will be translated right away. Wooask W06 supports 126 languages speech translation and 24 languages image translation. Translation results will be kept and display clearly on the its screen. Other useful functions are available on Wooask W06, World Time Clocks, Real-time Currencies Exchange Rate, Real-time Weather and Forecast and Calculator. Wooask W06 aims to help people who travels abroad with foreign language barriers.

Wooask W06 supports 53 languages & 73 accents all way translation. It covers almost all the languages from Europe, North America, South America, Middle East, Asia, Africa, Oceania etc…No more language barrier when you take Wooask W06 Translator with you all over the world. All the translation result will be presented as Speech + Text and translation record will be display on the screen for either party to check and review.

Confused by map or signs when travelling abroad? Only order food on menu with pictures? Wooask W06 will help you to solve all these problems.  Wooask W06 supports 24 languages photo translation, it is very simple to use. No need to type in any words. Simply by taking a photo, the OCR function will capture the text in the image and translate to other languages instantly. The translation results will appear in the same position where the original words are. Easy for you to understand and track.

Wooask W06 is super easy to use. Just hold the A/B key to speak, it will be translated automatically into other languages instantly with speech & text display.

The Wooask W06 Translator is a palm-sized handheld portable travel companion, its size is similar to a credit card, take it with you any where any time!

Wooask W06 Translator is equipped with a 8.0M Pixels Camera, which is specially designed for A.I. OCR image translation. it will capture the text-in-image more clearely and and translate more accurately than others brand devices. It  can even translate handwriten text!

Wooask W06 supports multi connections to network: 4G Data SIM / Wi-Fi / Hotspot. It supports 3G/4G LTE All Band. You can connect with either one to make sure you are online, Plus, after the W06 insert a SIM Card,  the W06 Translator can be a hotspot and share internet to others up to 6 devices such as Speakers, Mobile Phone, Tablet, Computer, you can share the internet to other Wooask Translator too.

Wooask W06 Translator equipped with 3.1 inch Retina Touch Screen, With its high definition 301 DPI, you can see all the translation results displayed much more clear than other translator.

You can operate Wooask W06 Translator with its touch screen to choose language, review translation record, set the internet, take photo for image translation and etc…

Unlike other voice translators, Wooask W06 Translator is equipped with dual noise-cancelling microphones which enables it to clearly pick up your voice in any surroundings and translate very accuratly. With double high quality speakers, any one can hear the translation voice even in noisy environment.

Wooask W06 is compatible with Type-C USB and it supports fast charge. It takes less than an hour to be fully charged, and the continous working time up to 8 hours, standby time is 15 days. Wooask W06 battery can statisfy your one day continous translation need.

Why should you need a W06 when you have smartphone?

We Have the Answer!

Wooask W06 Translator is already in mass production. Backers can get his Wooask W06 shipped Feb in 2020!

The Wooask W06 Translator is already in production. Backers can have his Wooask W06 shipped in Jan 2020.