The Straights @ JACK World premiere production of a new play written by T. Adamson and directed by Will Detlefsen 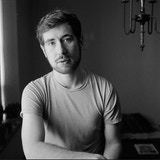 WHAT IS THE STRAIGHTS?

The Straights is an epic road-trip play about desire and distance in 2017 America. The play follows 20-to-30-something best buds Phoebe and Nina as they navigate hitchhikers, shoplifting, drugs, and a flood of selfies on a cross-country no-boys-allowed adventure through the heart and heartlessness of the USA.

The Straights is also a investigation of the role road-trip narratives have traditionally played in building a predominantly straight-white-cis-male American cultural mythology. Utilizing both video and live performance, the play aggressively dismantles traditional American mythology through a narrative framework which centers women, queer folx, non-human persons, and people of color as the primary subjects of the American democratic experiment.

WHY IS THE STRAIGHTS?

I began writing this play shortly after Donald Trump’s inauguration in 2017. Like probably most people reading this page, I find myself continually disgusted and alienated by Trump’s vision of the United States. Attempting to understand how Trump was both an aberration and continuity in the history of American self-image, I started reading tons of “classic” American narratives- the ones I was supposed to read in high school English class and never did- attempting to understand how this man and his followers saw America so differently from the way I see it and the way I wish to see it.

I read On the Road. I read The Grapes of Wrath. I read Fear & Loathing in Las Vegas. I read Democracy in America and Huckleberry Finn and The Electric Kool-Aid Acid Test and watched Easy Rider and read Lolita and watched that movie where Britney Spears meets her mom and sings “I’m Not A Girl, Not Yet A Woman”. You probably already surmised that all these narratives are about young straight white twenty-something cis-males finding themselves and the American dream out on the open road (except for the Britney Spears one). I’ll be the first to admit, my reading list definitely had some gaps it which were my own fault and the fault of my research; but repeatedly centering these narratives on the same type of person also reflects a massive failure of imagination from these writers. I thought, “Why do only these men get to go on road-trips and find themselves and live by their own rules and define what America looks and feels like?”

The Straights is my humble attempt to tell a story about this country’s identity that centers queer folx, femme people, non-human persons, and people of color, rather than people who look like me. It asks what a truly inclusive democracy might look and functional like. It challenges accepted notions of who fundamental U.S. values of freedom and independence might serve to protect, and what the consequences of such a value system might be. It’s a play about how I felt on Inauguration Day 2017 and how I hope we will all feel on Inauguration Day 2021. I’m so honored and excited to share it with you.

WHO IS THE STRAIGHTS?

and Boscoe Barles as Cabbage

WHEN/WHERE IS THE STRAIGHTS?

The Straights is receiving its world premiere December 5-21 at JACK! All performances at 7:30!

HOW IS THE STRAIGHTS? AND HOW CAN YOU HELP?

Donate! Look over to the right! Pick some perks!

This is a massive show and it’s a truly labor of love for us. There’s 8 people and dog for goodness sake! We’re working our hardest to make sure every cent goes as far as possible. The $7,500 we’re asking for covers more than half of our production budget which includes:

Your generous donations plus ticket sales and production support from JACK are making this show possible, and we’re planning on putting every single cent into making the best possible production.

THANKS SO MUCH! WE HOPE WE’LL SEE YOU AT THE SHOW!

This project is risky because producing new work in New York is always risky. Theater relies on people to give so much of their time, energy, passion, and money to it in order to survive. We hope you will join us in taking a big leap of faith that this play will move hearts and minds and nudge the world towards being a kinder, more generous and empathetic place.

Take a chance and support this new work. Any amount makes a difference and we’ll love you for it!