FIVE SONG TOUR: A Short Film by Chloe Jury-Fogel A young musician living out of her car comes to a crossroads when she reconnects with her ex-girlfriend for one night 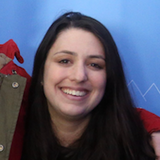 Confident, independent singer-songwriter Jules travels from city to city, playing shows of any size to anyone who will listen. She doesn’t have much, just a guitar in the backseat of her beat-up Corolla, which also often serves as a hotel room when she can’t scrounge up enough to get herself a real bed. She’s used to bumps in the (literal and figurative) road – not enough gas money, homesickness, sexist bar owners – and has grown accustomed to her solitary lifestyle. When a stop on her solo tour  reconnects Jules with her ex-girlfriend, Phoebe, Jules is suddenly faced with everything she’s been missing. Five Song Tour asks, simply, how do we balance the pursuit of creative passion with the need for stability, the comfort of home, and the universal desire for human connection?

Ever since I can remember, I’ve always been most inspired by musicians. As a kid, I would lie on my bedroom floor, listening to my parents’ albums, and would stay up late watching interviews and live performances by my favorite bands. As I got older, and started seeing live shows, I became increasingly fascinated with touring musicians. There was something both so romantic and so devastating to me about “the struggle” – the solitude, the hours in a car or bus, being in a new city every day. As I became more serious about pursuing my own art, I saw touring in a different light – as a necessary means for these artists to make a living, and to share their work with as many people as possible. “Five Song Tour” was born from an image that has run through my mind over and over again – a young woman living out of her car with just a guitar in the backseat.

Pulling inspiration from road films such as INSIDE LLEWYN DAVIS and NEBRASKA, “Five Song Tour” captures the specific experience of Jules, a young, queer, female artist on the move, chasing a dream, despite daily challenges. When she reconnects with her ex-girlfriend, Phoebe, she’s tempted to put it all on hold for the promise of real connection. Jules and Phoebe’s queerness isn’t overstated, and doesn’t act as the centerpiece of the film – it normalizes a queer relationship with challenges outside of being a queer relationship.

I’ve often found that my desire to be successful in my creative work can overpower every other aspect of my life. There are times where it feels necessary to “struggle,” or the art somehow isn’t real or earned. Pursuing an artistic career comes with constant self-doubt, rejection, and failure, and there have been so many times where I felt that I didn’t “deserve” a break, that I needed to keep pushing forward, even if it was damaging. FIVE SONG TOUR explores this idea, while reminding us that it’s important to take a step back once in a while and allow someone else take care of you, even just for a moment.

NOAH AND THE BAND (Writer, Director) – The life of an up-and-coming folk singer is turned upside down when she gains custody of her six-year-old nephew as she’s about to embark on tour. Sidewalk Film Festival, Atlanta Film Festival

A note: we have already secured a portion of the budget (about 4K)! Your donations will help make up the rest.

*Please note that certain elements within these categories are being donated.

WHY SHOULD I DONATE?

As demonstrated by Jules, the protagonist of our film, pursuing an artistic career is extremely challenging. There are endless rejections, and constant self-doubt, but the love for the work and the need to tell our stories keeps us going. By donating, you’re not only supporting this project, you’re also making an investment in our careers long-term.

In a world where our cinematic landscape is drastically changing, it’s important to keep independent filmmaking alive, especially when those storytellers continue to be underrepresented on and off screen. The majority of our department heads are women, queer, and/or POC, and we’re committed to representing and including ALL types of artists on this project. Ultimately, your financial support allows us to pay these artists what they deserve, and also ensures that our set is safe, our craft services are bountiful, our gear is top-notch, our locations are protected, and our film is at the highest production value it can be.

Chloe Jury-Fogel (Writer, Director) – Originally from San Francisco, Chloe is a filmmaker, actor, and improviser based in NYC. She received her BFA from NYU’s Tisch School of the Arts, where she earned numerous awards and accolades for her films and screenplays, including the Elizabeth Cuthrell & Susan Sandler Screenwriting Award. Her debut short film, “Stevie,” which she wrote, directed, and acted in, premiered at Frameline Film Festival and went on to play several festivals across the US and internationally.  Currently, Chloe is developing her first feature project, CHERRY, which was a 2017 finalist for the Richard Vague Production Fund and was selected for the 2019 MOME Finance Lab. Chloe also shoots, directs, and edits videos for the NYC theater and music communities, and works on the video team at Jazz at Lincoln Center.

Stephen Scarpulla (Producer) – Stephen Scott Scarpulla has a well-rounded background in the entertainment industry, having worked as a producer, director, and development executive. He is the co-owner of Strange Animal Entertainment, a one-of-a-kind development and production company dedicated to telling must-see, character driven stories across a variety of mediums. Passionate about fostering up-and-coming talent, he has produced films that have participated in the prestigious Sundance Labs, the InsideOut Financing Forum, and others. His first feature, A New High, which he produced and directed, profiles homeless mountain climbers in Washington and was distributed by The Orchard. He studied film at NYU’s Tisch School of the Arts, where his shorts garnered him recognition as the school’s sole nominee for the Princess Grace Award. He is also the recipient of the Malcolm Ross Memorial Film Production Award. Most recently, his documentary work was chosen by the State Department to internationally represent the United States as part of the American Film Showcase.

Maria Rusche (Cinematographer) honed her eye for visual storytelling at NYU’s Tisch School of the Arts where she focused on cinematography and lighting.  Her narrative work includes The Rat which premiered at Sundance in 2019 and One Good Pitch, which was an Official Selection at the Tribeca Film Festivalin 2016. Most recently, she finished principal photography on Morgan Ingari’s Milkwater, and Emma Seligman’s Shiva Baby. In 2018, she was invited to teach Cinematography at NYU Tisch School of the Arts where she is currently an adjunct faculty member. She is based in Brooklyn.

Elliah Heifetz & Jane Bruce (Music) are both composers and singer-songwriters based in Brooklyn. Elliah’s debut EP “New Folk Songs” (May 2019) has earned him spots on several  “Artist to Watch” lists (TIDAL Best Of 2018: Rising Folk/Country) and has been streamed over 700k times. He is also a theatre composer and lyricist (NYMF 2016 Best Music, Dramatists Guild Foundation Fellow 2020). Jane Bruce has been seen all over the New York Stage in productions such as “The Other Josh Cohen” and “Original Sound,” and will be making her Broadway debut in “Jagged Little Pill’ this upcoming November. She also has a record coming out later this year.

Adrian Anaya (Assistant Director, Associate Producer) is a Mexican, New York-based film producer, director, and assistant director. An alumnus of NYU’s Tisch School of the Arts, he has been a part of over 150 different film productions accumulating more than five thousand hours on set. Adrian enjoys set life because it requires a combination of fast decision making prowess, leadership ability, and sharp social skills. As assistant director, Adrian has worked for brands such as Chrysler, Dunkin’ Donuts, Saks 5th Ave, and New Balance, among others.

Debbie Walters (Unit Production Manager/Line Producer) is a line producer who graduated in 2016 from New York University Tisch School of the Arts.  Debbie has worked in a variety of roles in production management, including assisting line producer Sirad Balducci on two feature films in New York, and production accounting at The Tonight Show Starring Jimmy Fallon.  Most recently, she assisted line producer Kat Landsberg on the series Interrogation for CBS All Access on location in Albuquerque, New Mexico. She is currently location coordinating on a feature film in New York.

It means the world that you’ve considered donating to FIVE SONG TOUR. Your support is allowing us to make a film with authenticity and heart, and is quite literally making dreams come true. We hope you’ll tell your friends!

Filmmaking is all about time and money. My team and I are putting this ambitious production together relatively quickly (but confidently), and we are very aware of the challenges that come with making a film. Locations could fall through, cast and crew could change at the last minute, and unexpected expenses could stress out our line producer (sorry, Debbie!). If there’s one thing I’ve learned from my time in film school, and in my almost decade of being in production, it’s that you ALWAYS find a solution. Your financial contribution allows us to find that solution more easily and confidently, and in return, we promise to make good on our perks, and to deliver the best possible film to you when it’s finished. Thank you so much in advance for your donation!