Pokémon Sword and Shield are the best Pokémon games in years 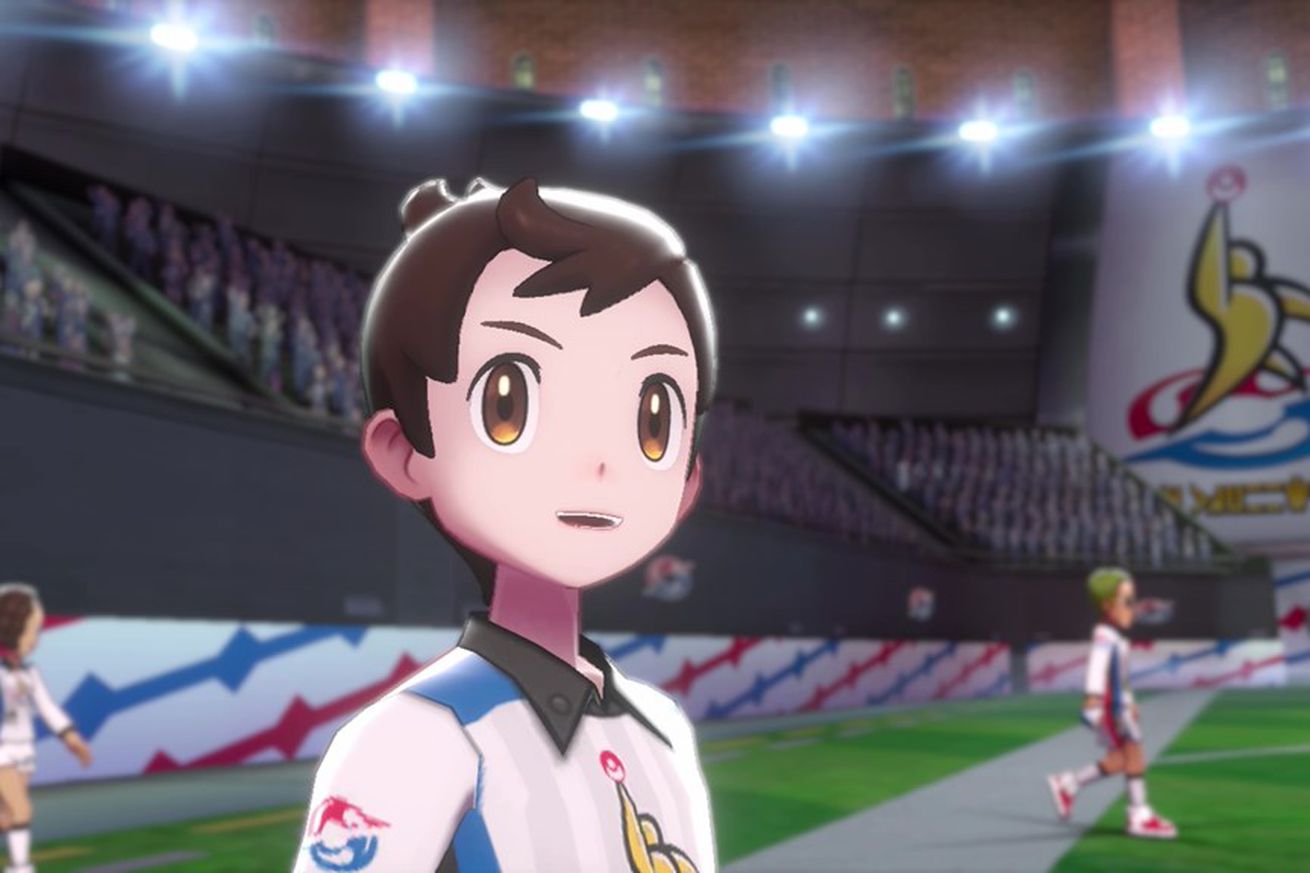 I’ve ventured into countless pokémon gyms over the past two decades, but nothing has ever felt as thrilling as the massive stadiums in Pokémon Sword and Shield.

In the past, I almost always knew what to expect: a series of small challenges followed by a battle inside a gym with a high-level trainer who is obsessed with pokémon of a particular type. And while that remains largely the same in the latest Nintendo Switch release, a newfound sense of scale turns it into something more exciting, with huge arenas filled with thousands of screaming fans while gigantic, holographic monsters do battle. This is the same Pokémon you know and love, but it’s cranked up with a bigger world and more adventurous spirit.

The core structure remains virtually identical to previous games. You once again play as an aspiring pokémon trainer from a small town, with the ultimate goal of becoming your region’s champion. You have a best friend who serves as your rival throughout the game, and you’ll travel the world collecting gym badges on your way to qualifying for the Pokémon League. The story is intertwined with secrets of pokémon lore; during your quest to become the very best, you’ll also uncover mysteries involving ancient creatures and dark prophecies. It’s fairly simple and par for the course for the series — Pokémon isn’t exactly a franchise renowned for its storytelling prowess — but it serves its purpose, which is to give you an excuse to explore every nook and cranny of the world. (It also ends on a genuinely surprising twist, a rarity for Pokémon.)

The game takes place in a new region called Galar, which is very clearly based on the United Kingdom. There’s a city that looks like London, ancient castles that wouldn’t be out of place in Scotland, and lots of rolling green English countryside to venture through. And if that didn’t drive it home, Sword and Shield are also full of English slang. You’ll battle with coppers, buy trackies from the shop, and just about everyone will call you “mate.” It can be a bit much at times, but it definitely gives Galar its own distinct flavor within the wider Pokémon universe.

The new Pokémon is the first designed specifically for the Switch (last year’s Let’s Go was more of a remake than a brand-new adventure), and the shift to a home console is a positive one. Everything just feels bigger; the world is more detailed and dynamic. What you are doing in the game — venturing from one town to the next, collecting pokémon, and battling trainers — remains the same as ever. But Pokémon has always been a series that felt constrained by technology, as these games are grand adventures crammed on to tiny handhelds. Many of the more epic moments required some suspension of disbelief.

That isn’t the case in Sword and Shield. Everything is as it should be. Huge pokémon like Gyarados or Steelix are appropriately massive, as are the locations. You can tell the difference between a small town and a big city as soon as you get close up. In fact, one of the later locations is so big that there are transportation options to get you around quicker. There’s also a new feature called “dynamax,” where, in specific battles, you can turn pokémon into towering versions of themselves for a limited time. It’s a glorious spectacle that adds a new strategy to the game’s most important battles. It’s also hard to imagine it having the same impact on a tiny 3DS screen.

Perhaps the best example of this sense of scale is a new space called the “wild area.” As the name implies, it’s a big, open field full of wild pokémon. It’s designed as a space you can revisit and explore throughout the game; there are creatures of various levels and types, many of which you won’t be able to battle or catch until later on. It really makes it feel like an adventure: you never know what monsters you’ll come up against as you explore, and you don’t know their level until you engage. Whereas the rest of the game is largely structured, the wild area is untamed. Adding to this sense of adventure is a new camping feature, where you can pitch a tent for the night and spend the evening playing with your pokémon or cooking curry over a fire. (Figuring out every curry recipe is almost as addictive as catching every pokémon.)

The bigger world is more than just window dressing. It’s also a part of the worldbuilding. Sword and Shield don’t just feature the biggest region in the series but also the most convincing. A good example of that is the gyms, which have transformed into soccer-style stadiums. In Galar, pokémon battles are a Premier League-style spectator sport, and thousands turn out to watch live matches. You can see huge crowds outside of the sleek venues, and after winning a big match, people will cheer you on in the street.

You’ll spot practice battlefields in parks and backyards, and there are even collectible cards featuring the most famous trainers. This is a place where pokémon battles permeate every aspect of life, and you’ll witness that every time you look around or talk to someone. (People rarely talk about anything other than pocket monsters in Galar.) Overall, there’s a greater depth to the world. Much of this comes from the smaller details, like how there are different clothing lines, each with their own distinct look, or the cohesive architecture in each town.

Even by Pokémon standards, Sword and Shield are fairly easy games. I didn’t experience much in the way of a real challenge until the final battles. So if you’ve been disappointed by the lack of challenge in recent games like Sun and Moon or Let’s Go, that hasn’t changed here. In fact, things are arguably even easier, thanks to a number of quality-of-life improvements that streamline the games quite a bit. One of the biggest is the ability to easily fast-travel to locations you’ve already visited; there’s a train that connects the region, and you can also take a “flying taxi,” which means a Corviknight pokémon will fly you around. It’s also easier to heal now since you can go camping at almost any point, and you can even access your box — the vault that stores unused pokémon you’ve caught — from the main menu, so you won’t have to visit Pokémon Centers so often. While these may sound like small changes, they dramatically reduce busywork and travel, letting you focus on the fun aspects of the game.

The one place where the game may seem smaller is with its pokédex. Unlike past entries, Sword and Shield only feature a regional pokédex, not a national one. What this means is that you’ll only be able to capture creatures found in the new Galar region, not transfer monsters you captured in past games. It’s a disappointment for those who have been collecting for years, but Galar at least has a varied, eclectic lineup of creatures. That includes the new starters like the sad frog Sobble, as well as strange beasts made of coal and whipped cream. (Galar is oddly filled with lots of human-like and food-themed creatures.) And iconic pokémon like Eevee and Pikachu are still here, while others have new variants for the British region. (Meowth, for instance, now sports a gnarly beard.)

It should also be noted that Sword and Shield are just about the ideal games for the hybrid Switch. I found myself playing both in portable and TV modes equally, depending on the situation. When a big story moment or gym battle was happening, I’d watch it play out on the big screen. But when it came time for grinding through battles, I’d do it while watching TV or in bed. Sword and Shieldlook great on a console, but they don’t lose the flexibility of portable play that’s so key to Pokémon’s appeal.

The Pokémon series is one that has long felt resistant to change, to the point that even seemingly obvious changes, like a shift to 3D graphics, can feel monumental. In this context, Sword and Shield are what the franchise has been building toward for more than 20 years. They don’t change up the formula dramatically. But the changes that are here — a larger, more detailed world and a streamlined structure that cuts out the annoying bits — are enough to make this the ideal iteration of the concept to date. The moments when I felt frustrated or bored in past games simply don’t exist in Sword and Shield. It’s one big adventure.

I’ve been training pokémon all my life, but I never felt like a true trainer until I walked through a tunnel into a stadium full of screaming fans.