Help Spankraght release the album! Spankraght's full album in badass packaging! With your help, it can happen 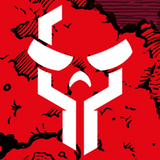 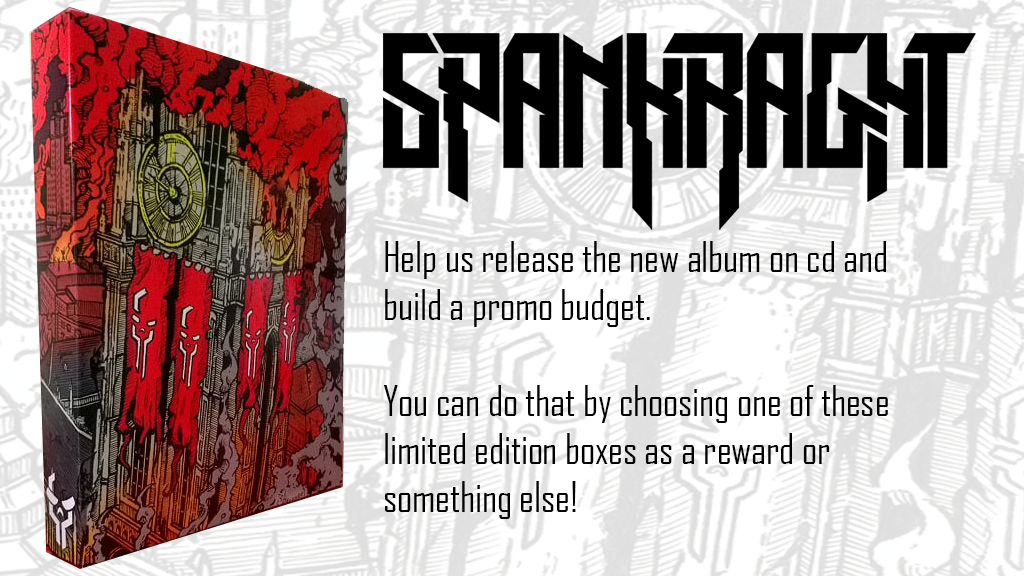 Help us release the album in style.

Well, we’ve created, what we think is a great album (more on that, below).

And we would like to share this album with the world in a cool way. But we can’t do that alone and that’s where you guys and girls step in. We need 1200 euros so we can release the album in a cool digipak cd and build a promo budget so we can have the album reviewed and spread the word that it’s out there!

But first, here’s “Carnivale”, one of the tracks on the album!

All we ask, is that you contribute and help us reach the budget we need to release the album and set up a promo budget. You can choose from differents options. You can give only money and get nothing in return but you can also choose a reward for a certain amount of money. (for those looking on a phone, go to “rewards” to see what you can choose from) If we don’t reach the goal of 1200 euros, you will get your money back. If you want to back this project, you’ll have to make an account. This way we’ll be able to keep you updated on how we progress.

As one of the rewards, we have 60 LIMITED EDITION boxes that have been graced by Bram Buyneel’s stunning artwork. We would like to fill them with cool digipak cd’s, a sticker and another cool goodie. But that’s not all. These boxes will contain a USB-stick that will have alternate takes on the album songs but it will also include a free WAD-file for the game DooM 2 for pc (and Mac).

This WAD file is a six level pack for the game created by us, the band. Each level will have one of the alternate versions of the songs and extra in-game artwork. But you need to have the original game to play these levels, we’ll give you links to where you can get it cheap. This way you can immerse yourself into our music by experiencing it on another level. (EDIT: 45 Euro box overload DOES ship to EU countries!!)

Is this box nothing for you? You can also choose a digital download, or only the digipak cd, or an exclusive t-shirt design inspired by the add-on levels or a cool A1 poster of the artwork with or without logo. Just take a look at the rewards and pick something that fits you and the budget you want to spend best.

If we surpass our goal by far  (3000 euros or more), we also might consider releasing the album on red splatter vinyl. Should this happen, backers will be able to get the vinyl version at a very sharp discount price. But this means we would have to get a LOT of money. And our priority lies with the gameboxes so that’s what we’re focusing on. You really want vinyl too? Get more people engaged in this  and tell them to support this cause and who knows…

We want you to have a great experience, so hop on board!

MORE ON THE ALBUM:

‘Thou Shalt Drown In The Blood Of Thy Children’ was produced, recorded, mixed by Spankraght at The Rhythm Cage, Kruibeke, Belgium. And was mastered by Yarne Heylen (Carnation) at Project Zero Studio, Nijlen, Belgium. It features artwork by Bram Bruyneel and contains 7 tracks with several guest vocalists.

“The album is a concept album and tells the story of mankind battling a dark force. This force has come down to earth to punish man for years of neglect and disorderly conduct. By eliminating one generation, it hopes to set an example and restore earth’s balance. But mankind will not go down without a fight, not knowing they will only worsen their fate. We had a cool album title and just needed a story, so for those looking for a deeper meaning behind this  all, we’re sorry. We’re just here to entertain you.” – Spankraght

We might delay the release by a month if we run into logistical issues.

All packages (except for cd’s) sent in European Union are tracked. To reduce shipping costs outside European union, packages sent to the rest of the world are not tracked.

If we don’t make the goal, we will have to find another way to release the album. But without all the cool stuff from above. Probably only digital.