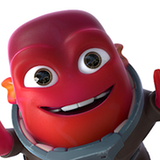 Note: For now, the demo contains 16 random levels and is only available for Android devices.

⚠ In order to install the APK file you must first enable “Unknown Sources” on your Android device. To see how check some online tutorials.

– “Hunny let’s go this way”.
– “No, I said this way, grrrrr”.
A disagreement might cause ConFusion!

ConFusion is about love, teamwork, and synergy; because you can overcome any disagreement with your beloved if you try hard and never give up.

Take control of the enigmatic characters Veni and Vidi who share an unbreakable connection despite their opposite personality. Veni and Vidi have been trapped in a universe of mysterious planets, where each planet is governed by its own rules. Guide them to find their way home!

ConFusion is an exciting puzzle game with brand-new gameplay, visually stunning art and a haunting soundtrack.

Move Veni & Vidi simultaneously in the same direction. Use the environment and interactive objects to manipulate their position and find the exits!

In the case of a wrong movement, the characters can fall and die.

They are obstacles that prevent the character from walking in that direction.

Press the blue button once to activate the lift and again to deactivate it. In addition to opening your way, you can use it as an obstacle or also raise your couple to the second level.

Shove this cute robot to the precipice in order to extend your path.

Shift by the slide’s direction or maybe you can find a better use for it.

Moreover, the game will take you on an emotional ride through a world of mystery, where Veni and Vidi have to work in synergy to solve mind-bending puzzles.

There are over 100 levels to advance through as you learn new techniques and logical solutions to solve each puzzle.

ConFusion is a fairy tale about magic, mystery, and destiny of two enigmatic characters Veni and Vidi who share an unbreakable connection despite their opposite personality.

This is Veni, he is a grumpy one and he is almost always in a bad mood, he smiles only when they find the exit.

This is Vidi, she is very adorable and cute, sometimes even corny. Despite Veni’s bad character, she always keeps a positive attitude.

Although the fairy tales we had heard when we were kids say otherwise, not all monsters are bad which might also cause ConFusion.

This is a NPC character who lives on one of the planets. We are not sure if is he or she, but one thing is for sure, it’s really cute, don’t you think?

ConFusion is a cute fairytale; therefore we had no choice to choose an art style that suits the mood of the game.

Each world has been meticulously developed to create a sense of a magic and mystery place.

The universe initially consists of 3 planets, each of them unique and vastly different.

Because Veni and Vidi have opposite personalities but share an unbreakable connection, we had to reflect that fact in some visual way. After deliberating for a considerable time we concluded that the best way to depict them is with red and blue. Besides the fact that these colors reflect the personality of each character, red and blue also share an unbreakable connection as Veni and Vidi do too.

It’s true that Veni and Vedi have some resemblance with other characters because for the visual style we have inspired by animated films such as Angry Birds, Dreamworks Home, Pixar Inside Out and others.

It’s no secret that background music is essential in video games and even more for puzzle games because a proper audio experience can stimulate logical thinking. Also, we’re looking for something that allows the player to immerse even more in a world of magic and mystery.

After deliberating for a considerable time, we concluded that we need something like this:

Music and sound effects design is by Luis Medina a dear friend of us, an extraordinarily talented person and full-stack artist (composer, game designer, cartoonist, singer, etc.). He has already helped us in our previous games, for which we are immensely grateful to him.

Since ConFusion is our most ambitious project so far and we have huge faith in it, we believe it’s time to expand our games to more platforms besides mobile devices.

Most of our video games support these languages and ConFusion will be no exception.

We can add more languages if a fair group of people requests for it.

By the way, if you wonder how is Armenian on the list because it’s not common to see it in videogames, the answer is simple we are Armenians.

We began work on ConFusion in 2017 when we started prototyping an idea while we were working on PepeLine Adventures.

In early 2018, with the core gameplay established, we began to elaborate the art direction of the game and after a few months of iteration, we landed on the current minimalistic 3D style.

All of our work was completed in our free time the same way as all our previous games, outside of working full-time jobs and spending precious time with our families.

ConFusion is currently around 70% of the way to completion. We’re delighted with the way it’s shaping up and with the progress, we are having until now, but there is still way to go to reach the final goal – soundtrack, audio effects, developing, balancing and polishing – on our journey toward presenting a truly exceptional indie game to our backers and supporters.

ConFusion is developed by a core team of two brothers. We are Chundos Studio, a small but ambitious team based in Mexico City.

On the left is Ruben Balasanyan, the game designer and the 3D artist. A self-taught 3D generalist with an immense passion for art.

On the other side is Ashot Balasanyan, the game developer. He developed his first video game when he was 12 years old, a fusion of Super Mario with Street Fighter.

With over 20 years of experience, in the past years, we have made significant progress in the mobile game industry. 11 successful video games developed so far and the most exciting is yet to come. Our latest game PepeLine Adventures has been selected as one of the finalists for Google Play Indie Games Festival LATAM 2018.

Game development is our passion, that’s why we create and publish top quality and original games. You will always find in our video games powerful 3D graphics, beautiful game design, exciting and unique gameplay.

Although all the reward tiers say April 2020, ideally, we’d launch a bit earlier than that. Actually, our intention is to ship the physical rewards ahead of the game where we can. Most digital rewards which are in-game items need to wait until the game is done, but everything else can be finished earlier.

If the stretch goals are met, new reward tiers will be activated such as a Digital Copy (Steam or consoles if unlocked), a Physical Copy (PC, Mac, Linux), etc.

A tentative digital rewards mock-up renders included in different tiers are listed below:

1. Included in Astronomer tier
Have a planet discovered by you! Your name under the planet with the caption “Discovered by …”.

The universe initially consists of 3 planets, therefore this reward tier is limited to 3 backers only.

Get your name engraved in a magic stone or have a statue of yourself on a pedestal.

As the area is limited, therefore these reward tiers are also limited.

All our games were developed in our free time and were 100% self-funded, but it was in the past when we were single and also we didn’t have so many expenses. Now with the family and the children, we simply don’t have so much free time or extra money to invest in the development.

Since we launched the first teaser we have received a lot of offers from potential publishers and funders, but after deliberating a little we came to the conclusion that it isn’t as nice and fun as running a Kickstarter campaign for several reasons.

With this Kickstarter campaign, we want to engage with our backers and players even more closely and with all the feedback and suggestions we are expecting to receive, to make a truly great game!

Believe it or not, we really can finish the game for mobile platforms on $10K. That gets us to, roughly, early Q1 2020, which is about when we plan to launch ConFusion for Android and iOS devices. If the stretch goals are met, we can deliver the game for each platform in a quarter (Q2 Steam, Q3 Nintendo Switch, etc.). All the reward tiers say April 2020, but ideally, we’d launch a bit earlier than that.

We’re not giving a more specific date, because depending on how this funds, we may expand scope slightly, which would bump the release date back some.

Thank you so much for your interest in ConFusion! We are really excited to run this Kickstarter campaign and just the fact that you’ve read this far means the world to us. We would be thrilled and super grateful if you could help the development of the game in any way you can: back the project, tell a friend, share it or play the demo!

We started developing this game two years ago and since then it has been one hell of an amazing ride! This game is 100% passion.

Our goal as always is to deliver a unique game with interesting mechanics, with a beautiful art style and unique puzzles – let’s make it happen together! Thank you!

We have been working on ConFusion for more than two years now and we have already overcome many of our biggest obstacles. Still, we know that there is a road ahead of us.

Game development always bears certain risks and there will always be unexpected problems which may delay the release of the game. But we are planning very carefully and doing everything we can to avoid that outcome.

What we need now is just a little kick. Although ConFusion is our most ambitious project so far, we are very confident of its success. If you share the same vision in ConFusion along with us, it will be a big support and encouragement.