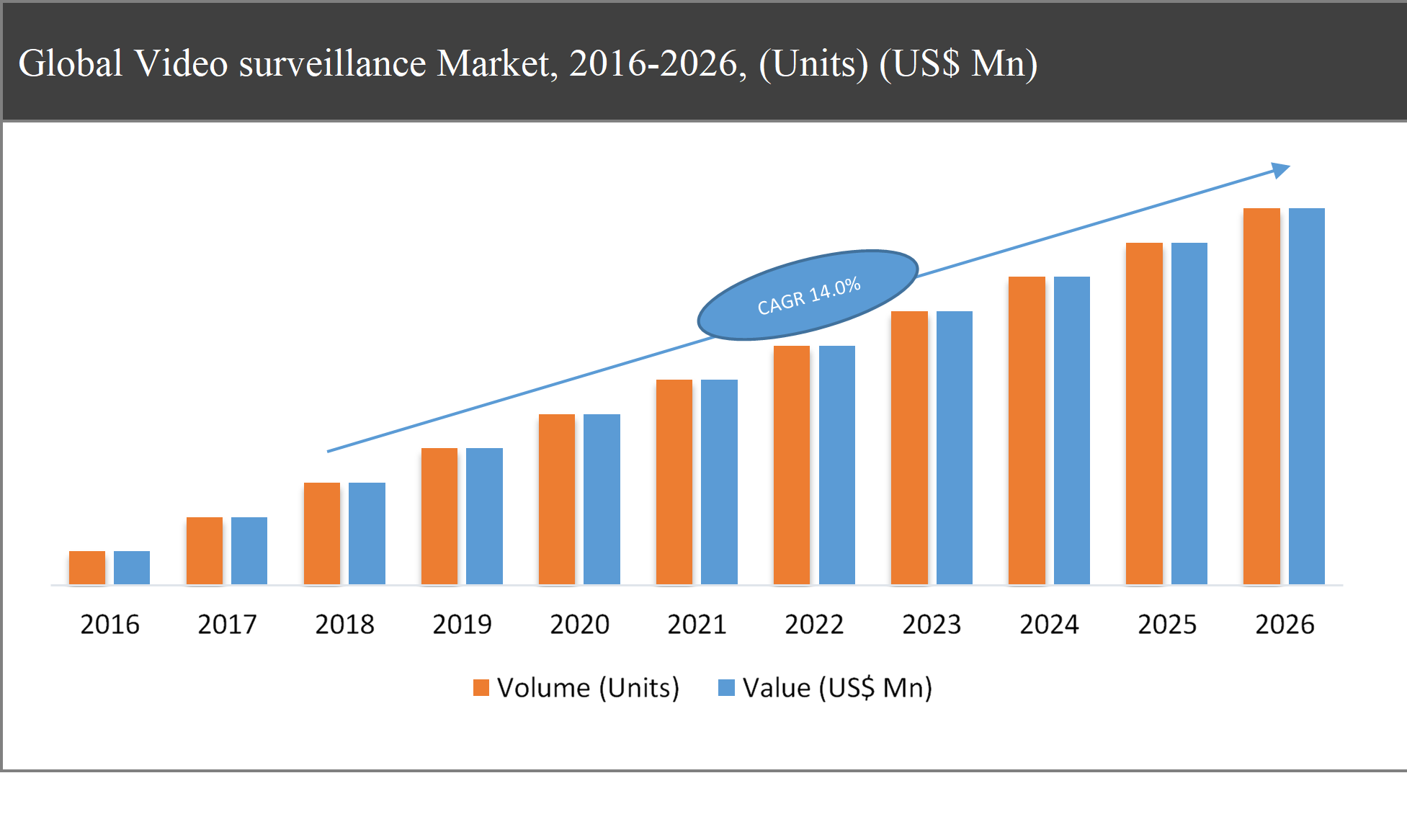 The global video surveillance market was valued at USD XX million in 2018 and is expected to reach USD XX million by 2026, growing at a CAGR of 14.0% during the forecast period.

Video surveillance, also known as closed-circuit television (CCTV), is a system that uses a camera to transfer signals to a specific place, over a monitor. This system monitors and records the activities of people. It offers several benefits to users such as time and cost efficiency, increased safety, and remote monitoring. It also helps in gathering evidence in legal cases. The growing adoption of centralized security, as well as the rapidly growing commercial sector, is one of the major factors to drive the growth of the video surveillance market.

Apart from these, the growing adoption of PTZ cameras for 360-degree security and visibility is a major driving factor for the market. Owing to rising security issues and concerns, governments of various countries have focused implementing the video surveillance system, for the protection of critical infrastructure and public places. Further, rapid developments in video surveillance and cloud computing software are going to drive the shift towards video surveillance during the forecast period.

However, high initial investment cost and lack of expertise in handling IP cameras are expected to impede the growth of the video surveillance market.

Submit your details and specific interests for all customization needs Here https://www.alltheresearch.com/customization/282

Have Any Query or Specific Requirement? Ask to Our Industry Expert @ https://www.alltheresearch.com/speak-to-analyst/282

AllTheResearch was formed with the aim of making market research a significant tool for managing breakthroughs in the industry. As a leading market research provider, the firm empowers its global clients with business-critical research solutions. The outcome of our study of numerous companies that rely on market research and consulting data for their decision-making made us realise, that it’s not just sheer data-points, but the right analysis that creates a difference.