The Sustainable Movement Learn more about the past, to build a better future 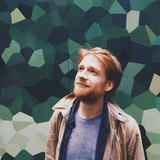 Not since the early twentieth century and the post war building programmes of WWI & II have we needed such a wholesale reappraisal of all the systems by which we live, and by which society functions. Including not just the methods by which we design, make and build, but also the values through which we ‘see’.

So how do movements like this happen? Where do they come from and what exactly are they made of? How far back do the origins of the Sustainable Movement really stretch?

This book looks at the journey taken to get us here, to the beginnings of a new movement, which despite remaining an unproven theory, has for some time now, shown great potential. Then shows how only as a brightly lit community in action, might we collectively set ourselves on a healthier long-term trajectory.

In 1934, the poet Ezra Pound declared “Make it new!” A simple mantra which once captured the bold dynamic energy from which the Modern Movement sprang. This simplistic mindset is still useful today as we continue to reject the obsolete culture of the past and embrace instead the spirit of constant change. But it has equally become a way of thinking no longer adequate to guide us through the complex and increasingly precarious circumstances in which we presently find ourselves.

Yet how the Modern Movement came together to ‘be’. Kick-started initially by the Arts & Crafts Movement, and catapulted forwards through the tuition of ground-breaking schools like the Bauhaus (and later the Ulm), does offer us more than a few useful clues for how we might move forwards today.

So, partly through a process of repurposing history. This book takes some of the most relevant design and cultural thinking from the last century, and remoulds it according to our present day context and pressures. Repurposing thoughts and ideas from design international heavy-hitters from Theo Van Doesburg to Bill Moggridge. The interlinking story created, demonstrates that many of the foundations for how we think and act both now or in the future, already lie in our shared past – helping to show that somewhere out there, everything is connected.

Whether or not you believe that ‘Art is Life’, or that ‘Life can be Art’, one growing trend which is fast emerging is that there is an art to how we care for all forms of life on this planet. Only when we place more thoughtful and mindful craft at the core of all our connected activities, will we stand a better chance of sustaining the natural systems upon which we ultimately also rely.

Here, even the choices of the stories which we tell, have an impact on how fast or effectively we spread the ideas and values which eventually become adopted by the wider world. Crucially, this is an action itself, which will help build a movement fit for purpose this 21st Century.

This book is an urgent call to action for anyone working within the creative community.

Not just all artists, designers and architects, but engineers, economists, technologists, agriculturalists (and so on) too. We are all artists now! These chapters show that only activity which blends wisdom from a variety of disciplines in open collaboration, will provide the most relevant solutions for the future of our world.

Will the Sustainable Movement one day rise to define the path taken by this 21st Century? We won’t find out for some time to come. But one detail which is for certain, even now – is that the future will need to become more Sustainable by our Design.

100 years ago, whilst still setting the stage for the events of the twentieth century to unfurl. Some people didn’t just dare to dream, or dare to dare – they dared to do. This was their story, but now it’s your turn. Especially if you dare to dream, try to do, and do to try, like they did.

Where did this all start?

In 2006, inside a special 53rd edition of the Berlin based Lodown magazine (dedicated almost entirely to the Bauhaus). One of the designers interviewed suggested that we might never again experience a movement as defining or influential as the Bauhaus. It was almost tempting to agree with them at the time, then a much bigger and more urgent thought suddenly took over… hang on a second – we darn well need a new catalyst as powerful and defining as the Bauhaus right now!

Who inspired you to start this project?

Partly inspired by Ken Garland’s ‘First Things First’ manifesto from 1964, which once set out a brave vision for the future by a fellow graphic designer. I was further encouraged recently to learn that the German designer Otl Aicher also wrote books. That sparked a thought: you know maybe it’s not so crazy as visual person to have this desire to learn, and then to share in writing what your journey uncovered. Especially if it involves a more altruistic version of the future for everybody.

And then what motivated you?

The idea of a Sustainable Movement first began to capture my imagination around the same time President Obama failed to reach a successful agreement at Copenhagen in 2009. Since then, we had the brief success of Paris in 2016 – a truly global accord with only two missing signatures. But more recently, ongoing distractions and newer retractions would suggest – at least at the leadership level – we haven’t really progressed very far at all. It’s clear nothing is really going to change unless enough people like you, me, and all our extended networks begin to rally around a set of new ideas and values, not just in support or casual conversation, but also in action!

How long did the project take?

This project originally began as a small online article in 2006. In the spring of 2017 some time opened up to research and explore the project further. Two and a half years later and here we are, with a 300 page book launching on Kickstarter! This entire project was a bit of an accident which started when a designer found the end of a piece of string connected to a subject which they believed in, and then the journey became to follow it, and to trust where it might lead. Unravelling the puzzle, and distilling the insights and information found into an engaging and meaningful narrative, is one of the unique ways any graphic designer can add value to this overall cause.

Why take on a project of this scale?

For anyone with children, or like myself, who one day dreams of having them, this felt like an opportunity to place a personal line in the sand. This project is by no means the end, it’s intended as the start to a much longer journey of engaging the design and creative communities in the ideas of becoming more aware, and building on more mindful enterprises.

Why print a book?

There is incredible value which can be added to a body of work when it becomes bound together not just by the ideas which it holds, but also the stitches of a spine. Despite all the dizzying changes taking place all around us on an almost a daily basis, the simple presentation of a set of ideas in physical form remains a powerful means for a designer to play with and to harness. Especially for a body of work which holds big philosophical statements worthy of digestion and reflection.

A book is after all not just a book, it is a tool – it can be dipped into and out of, left open on a table for someone else to find – scribbled in, pages folded, copied and shared. A digital version of the book is also available, with hundreds of useful hyperlinks to more resources and stimulus for the reader.

Why not a bigger campaign goal / why such a small ambition?

This project aims to follow through with the message and values which it seeds – to start small, and to produce volume based on demand first – so that no unnecessary resources are used or wasted. If the project goal is exceeded, then perfect! Every extra pre-order which exceeds the campaign goal will result in an extra book being printed. The fundraising goal is capped at 350 copies for now.

How will the book be printed and transported?

The book will be printed in one colour black ink on fully 100% recycled stock, whilst the durable cover is FSC certified. It will be produced and hand-bound in the Netherlands by a team dedicated to creating published material of exceptional craft, and using energy only from renewable sources. The present-day reality is that this book sets out a vision which doesn’t fully exist yet, so it will be transported to London, UK, by lorry to ensure safest transit, and then dispatched via traditional postal services from there.

About the author – Richard Z Hooker

Richard Hooker is a London based multi-disciplined graphic designer, who’s been working in the brand, advertising, design, and technology community for almost 20 years. Whilst collaborating with big global brands, small venture-funded technology start-ups, and most scales in between, he’s seen plenty of room for improvement into how we design, build and organise the objects and systems by which we live.

“Dip in and out in no particular order. Only feel the need to read just one or two chapters, or even spend five minutes flicking through some of the quotes and illustrations. There’s something useful in here for everyone. At the very least you might find simple reassurance which helps to re-inforce what you’re already thinking or feeling. Then perhaps reach out to a friend or loved one, and enjoy talking about the ideas which it sparks together.”

Section 1 — Roots
Learn more about the past…

Interlude — Transitions
A selection of typographic illustrations representing the threshold over which we’re presently leaping, or still need to jump.

Your support will allow:

All of the funds raised will be invested wholly within the printing and distribution of The Sustainable Movement. This project is expected to just about break even, depending on the total number of pre-orders.

Everyone who purchases the book or supports the project with a small donation will have their name featured on a special ‘Thank you for supporting’ page within the book, and will be kept up to date with all the latest news.

All extra printed rewards will be printed on quality 100% recycled stock, and are limited in number to ensure exclusivity.

As well as a copy of the book, receive a special set of 9 limited edition spreads from the book, adapted to postcard format  – 148 x 105 mm

As well your name featured on a special ‘Thank you for supporting’ page within the book, receive 1x Rolled Design is Action! Poster A3  – W297 x H420 mm

As well as a copy of the book, receive a special folded ‘Sustainable by Design’ Poster. A2 (Portrait format) – W420 x H594 mm

As well as a copy of the book, receive a special folded ‘The Bauhaus Philosophy (Further) Re-adapted’ Poster. A2 (Portrait format) – W420 x H594 mm

These are negligible as Richard has a wealth of production knowledge accrued from a 20 year design career working in both print and digital. This includes a recent (client based) project with the same book maker based in the Netherlands, who is in place and ready to print and finish this particular book – to only the highest of standards.

As would only be expected, project costs have been calculated in detail in advance, and time contingencies have been factored as and when required. Depending upon the overall volume of orders, a fulfilment house will be tasked with packing and delivery.

Please rest assured if you pledge money and the target is missed, you will not be charged.