the recorder, re.invented A modern take on one of the widest used educational instruments in school. Stimulating music learning and creation 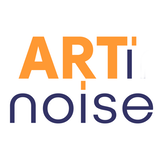 re.corder is a new take on a traditional instrument used worldwide in schools as a simple and durable tool for music education.

By enclosing a simple but powerful electronic into a mute-able, fully acoustic wind instrument a whole world of functions opens up.

The Kickstarter campaign is here to help us finalizing the industrialization phases of the re.corder allowing you to have an highly discounted unit! (20-25% for the standard edition!) from the final street price!

to add the re.ceiver eurorack and desktop interface to the pledge, manually adjust your pledge by adding 166€ (160€ is the 25% discounted module price  and 6€ is the additional shipping fee!). See the FAQ for more info!

From enhanced school teaching, to a class re.orchestra, to an app-based virtual teacher, up to a standard MIDI controller for the  music production studio, re.corder, with is portable nature, is the instrument for everyone.

The bundled app (iOS and Android) puts several applications at your fingertips! The two UI versions (for children and for grown-up girls and boys!) put a teaching functionality, a comprehensive sound library, a multi-player (no-pun intended!) environment and a simple yet sophisticated looper to create music everywhere you are.

Some videos showing the re.corder potential. The re.corder is connected by bluetooth to the macbook. The USB cable is only for powering purposes, given that we are waiting for the custom lithium battery from the manufacturer (note of the engineering dept.!)

re.corder can be played in three different modes!

Inside the re.corder there is a set of technologies that works smartly and silently to achieve the functions that allows you to feel a real instrument in your hands and a powerful controller when linked to an application or a software. Please check the following infographic:

The breath sensor is an high performance pressure sensing device, that can measure the strength of your blow, and transform this information into an expression parameter. This is used by the app, and most softwares, as a modifier for modulation or other sound characteristics. The mouthpiece of the re.corder can also sense your lips, understanding when you really want to play or not!

We didn’t left out anything and in fact, to allow extreme expressivity and many other applications, we implemented an inertial platform with a 3D accelerometer MEMS. This sensor is capable of interpreting the movement and the attitude of the product, opening the possibility of modifying the sound following the player’s gestures.

Under the hood, there is a powerful MCU that reads the sensors and manages the quick BLE connectivity with the app or the host computer and software. Everything runs for several hours on battery, easily rechargeable with the standard microUSB connector. When out of juice and in desperate need to play, just connect your power bank and the re.corder will recharge itself while allowing you to play without any problems!

We thought about playing the re.corder on the bus and train, in bed and in many other situation where you don’t want to annoy anyone! The re.corder comes with a mute plug (that can be linked, for safety, to the ring on the bottom) that works without changing much of the air resistance that you have when playing it acoustically.

The app will be available both for iOS and Android. The app will have two different, selectable, appearances; the first particularly suited for children and the second one more oriented to young adults and musicians!

The following functionality pictures shows some beta graphic pages (children version).  While all present in the delivery versions of the app, we reserve the right to change appearance and workflow of the functionalities to conjugate user-friendliness, platform-specific aspects and processing power.

One of the key points in the creation process of the re.corder has been the potential aid to special persons. Having the possibility to play something even with less than ideal execution, lack of breathing capabilities, impaired mobility or simply shifting the output frequency in the low range to suit deaf and blind-deaf persons, is equally important to us as to provide a fun and productive approach to music to the ones that doesn’t have to deal with those limitations! Our vision, having the opportunity of developing something completely new,  is to be able to give this ‘something’ to EVERYONE.

We ran a survey on the pre-launch pages and many people had the opportunity to indicate the preferred colors in a group of 8. As the campaign evolves, we will send out few more information on color bundles and other option!

Printed Pattern Recorders! When we will reach 100.000€ this reward will appear. You can obviously upgrade from the standard re.corder! We will have a poll to define which patterns/motives will be printed.

As with any product, re.corder was born as a cluster of ideas, targets and technologies that were embodied in several prototypes. The next pictures will show you small glimpse of the steps we took to make the re.corder a reality!

The first pic is what we dubbed the ‘Ugly Duck’. A commercial recorder where we tested technologies in order to understand the feasibility of the product! Guess what the verdict have been? Well, in the last two years many other studies have been made and patents covering key aspects of the product have been deposited worldwide!

The following was a first conceptualization of the electronic board of the re.corder, on which a first fully working prototype was manufactured. Still few optimizations to do, until the Kickstarter proto surfaced later this year.

The Kickstarter version of the product is already a fully working, refined mechanical and electronic prototype. Starting from this, we will put in place concept and design for manufacturing approaches. Key points are sound quality, robustness, easy of manufacturing and compatibility with mobile and desktop platforms

There are many activities behind a complex product, especially one that includes both hardware, software and a real-sounding musical instrument!

Behind re.corder and the company Artinoise, lies a compound industrial expertise that sums up to more than 80 man-years.  Electronic, firmware and hardware design couples tightly with himan factors, mobile app development and  industrialization and production management backgrounds. We present now the core team that will bring to you the re.corder!

While a fully working prototype is already on the benches and in the capable hands of musicians and beta testers, the re.corder final product incarnation should be streamlined, easy to assemble and certified. For this, we need a carefully planned  industrialization phase where the main cost drivers are the steel molds design and production, the production and testing line automation and finally, the certification process on a worldwide basis. Also the cross-platform app is a big effort to undertake. All of these activities are time and capital intensive. We choose a composition of internal capital, investors and customer support through Kickstarter to carry on the mission!!! We are confident in your help and in our future achievements !!

Risks are always present. In this particular project, they regard timing, as potential modification to molds and certification issues could add few weeks of delay to the start of production. We considered a certain ratio of this risks in our delivery evaluation!