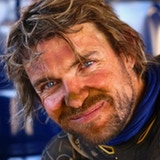 TEAM RACES TO PLACES – Will you join the team?

The Paris-Dakar Rally was born in 1978 and it was about a race from Paris, France to Dakar, Senegal through some of the most arduous terrain on earth.  In 2009 the Rally changed its name to “Dakar” and moved to South America, leaving Africa behind and the dreams of many.  However, in 2008, Hubert Auriol, René Metge and Jean-Louis Schlesser, three legends from the original Paris-Dakar created a new race, in Africa, with a view to go back to the origins.  Since childhood I dreamt of standing on the Podium, on the Lac Rose beach, Dakar, Senegal after racing through the terrains I watched on television some 30 years ago.  2020 will be the year that I have a chance to achieve that dream, to race to Dakar and I would like you all to come along with me!

Just like I have done previously, I want to bring you great quality footage from every aspect of the race, edited and released daily like never experienced before.  This Kick Starter is solely focussed on that, delivering amazing media, to you daily.  For those of you who have not seen my 2018 Dakar series, here is a link: https://www.youtube.com/playlist?list=PLg_I_Uv0pqhqArxW0mCWfvMxLtpqG-JaP

On 5th January 2020, I will roll up at the start line of the Africa Eco in France but I will do it very different to my previous races.  After riding around the world on Races to Places and racing on every continent, I met a lot of Rally Racers, people with the same passion as me and made lots of friends.  I want to include some of those friends and make a story that is not only different but empowering and memorable.  To that end, I have built a team of riders from around the world (including myself), all with different stories of how they were involved in Races to Places.  I have also created a support team, again including people from Races to Places, faces and voices you will recognise!  It’s going to be an epic adventure of all proportions, Team Races to Places – The Race to Dakar.

The word “team” is important, because the team is not complete without you! Team Races to Places not only includes a group of riders, it includes all the fans and followers that get behind this project to make it possible.

I’ve learnt so much from creating the video series Races to Places, my movie from Dakar 2017 and Live series from Dakar 2018 and I want to put all of that learning into this new project.  We will again add new features, we will have more man-power, more capability and hopefully more time to share more stories and as a result, create great content. There will be no surprise that I have engaged Dario once again, my editor from Dakar 2018 but this time he will be joined by additional crew on the ground.  We have negotiated twice the length of video transmissions we achieved from Dakar 2018 (this time a fully edited 20 minute feature daily) and some very special aerial footage to make the features even more exciting but as always, this all comes at a cost.

My vision is to create a daily video series, live from the race, sharing experiences and occurrences from within the team.  I still plan to be the main host / face of the series but we will include stories from the team also.  Stories as intimate as getting up in the morning, riding to the stage start, racing the stage, interaction with the locals, arriving at the bivouac (camp), preparing the bikes and ourselves and the hardships along the way.   An instant video experience from a fun group of like minded individuals, we won’t hide anything, we want to share it all.

I have spent a few months now discussing and negotiating with the organisation and various media partners and have secured the opportunity for us to go along on the journey together. I plan to prepare and manage a media crew that are capable of delivering what we need, capturing the moments and create the media to share hot off the press each day. With the footage captured off-stage and on-stage, we will edit and share the experience as live and real time as feasibly possible. BUT, and here is the big ask, to do this requires budget, but I must be clear, this is NOT to fund my entry or any of the riders entry fees or costs (this is already covered by the riders themselves or from sponsors), this Kick Starter is solely to enable these media plans and due to the costs associated with this, I have no other option but to try and crowd fund this element to bring it to life.  So, here is where the budget will go:

1) The costs of the media production team and the rental of their equipment.  A professional crew, experienced in expeditions and documentary based filming and editing plus their expenses.

2) The inscription costs of taking the media personnel and a media vehicle to the race (ensuring they are fed, watered and taken care of along the way).

3) The preparation of the off-road capable, rally prepared media vehicle and the equipment required to capture footage and edit on the move each day.

4) The media licence agreements to use footage filmed from all aspects of the race.

5) Off-board footage from the organisation, plane, helicopter and drone footage.

7) Any costs associated with managing and releasing the footage post transmission.

8) Costs that were not covered last time we did this and sneaked up on us after the event (camera/lens cleaning etc!).

The total cost of the above comes to over £50,000 (GBP) and then we need to cover the cost of designing and manufacturing the product we are offering in the different reward levels, cover any relevant taxes, shipping and handling costs and of course Kickstarter and Payment fees (which are 10%) etc. (lessons learnt from my last Kickstarter project where we failed to cover this adequately).  Remember you can request ‘no reward’ if you would prefer all of your donation to go directly into the project.  Pledges of all sizes are important, however small, every little helps to achieve the goal.  If we should exceed the target, the additional finances will be put towards shortfalls in other areas of this project or other planned 2020 projects.

In return for your support I aim to bring outstanding media, direct from the race in a fun and exciting way, just like other Races to Places projects. This is for all of us! We can only achieve it with each other’s help. With a little help from you I strongly believe we can create something unique and memorable once again.  It will be thanks to you that this will be made possible, so please consider joining the team and being a part of it.

If we hit the target, it’s game on. We’ve got only 38 days to pull this off, so please share far and wide. THANK YOU for your support.

Risks and challenges
The biggest risks associated with delivering this project are:
1) Satellite Data Transmission availability. To mitigate this, rather than relying on slow and relatively unstable mobile solutions we are committing a large part of the budget raised to pay for a broadcast capable satellite transmission slot every day to ensure we so not fail on this. We will also have mobile wi-fi connectivity as a back up for shorter transmissions throughout the day as and when available.
2) Crew illness or uncontrollable occurrence. To mitigate this, we will have standby crew members available before the start of the rally. While illness is uncontrollable, we will do what we can to minimise this from our past experiences and also look at having solutions in place to overcome this. If the target is over-achieved, we will look at investing in additional resources to mitigate this risk.
3) Not being able to start the rally due to injury or illness on my part. If this should occur, the priority will be to utilise the media team as best possible to deliver an amazing output live from the race (even without me featured). Hopefully I could still be there to assist with this in some way but if not, the focus will be on other team riders and the Races to Places team, events and the environment at the race and in Africa.
4) Injury or breakdown throughout the race causing rider withdrawal. This is always a possibility but the events of the race is what makes the story. With multiple riders and crew members there should always be good stories to follow, even those from in and around the bivouac. If it was me personally, the priority would always be to get back to the race and follow the race acting as a presenter for the media team. If this is not possible then the media team will continue alone with the original activity focussing on other team riders, occurrences and events.
My main aim here is that whatever happens we can still deliver value for your contribution.