Slaughterhouse Slumber Party On Tour! The raunchy and hilarious splatter comedy is going on the road 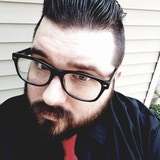 The Story So Far…

Last year we ran a successful campaign to fund the film “Slaughterhouse Slumber Party”. Since then; we’ve had 237 satisfied backers, award nominations, and our world premiere at the prestigious 2019 Nightmares Film Festival. Now it’s time to take the film on the road, and we want you to come along with us.

The synopsis for the uninitiated:

What started as the debauched annual slumber party for a tight knit group of gal pals becomes a fight for their lives when supernatural evil threatens to destroy the world–and even worse, ruin the one night of the year the ladies get to have a nude pillow fight. Trapped by magic, surrounded by evil, and very under-dressed, will they survive the night? Or will this slumber party become a slaughterhouse? SLAUGHTERHOUSE SLUMBER PARTY is the unholy hybrid of HARD TO DIE, EVIL DEAD II, and PARKS & REC the world never knew it needed.

What are the critics saying?

“…lewd, raunchy, utterly ridiculous, and perfectly happy to be so.” – FilmThreat

“fans of horror shlock will feel right at home.” – Bloody-Disgusting

“The cast is fantastic!” – Long Live The Void

“The ending is amazing, and I definitely yelled, “Fuck, yeah!” when I saw it” – PopHorror

We love this film, and we know that the world will too. That’s why we want to get it in front of as many eyeballs as possible! Our $700 goal is to get us to our first horror convention, and factors in travel plus the average table cost. For everything we make above that, we will take the film to as many conventions, film festivals, and theaters as we possibly can. “Slaughterhouse Slumber Party” is the kind of movie that needs to be a cult hit, and we’re determined to make that happen.

We’re offering all kinds of digital goodies (the film, the soundtrack, photos, BTS videos…) as well as physical copies of the film featuring new artwork by William Skaar.

For the first time ever we are offering a limited supply of 3d printed Gretch action figures in two sizes: Lil (5.5 inches) and Big (9.5 inches) printed in vibrant “apple green” PLA plastic. Make her fight your other action figures or build a weird shrine to make your house guests feel awkward!

I’ve been making movies for a decade, and while I love all of my movies… “Slaughterhouse Slumber Party” is something special. It feels like the movie I have been training to make for ten years. I need it to be seen. The audiences who would love it deserve to see it. That’s what this is all about. We set out with an amazing cast, a fantastic crew, an awesome location, a tiny budget, and made a banger of a horror comedy. I am so incredibly proud of it. Help us get it out there.

Much love from the Slaughterhouse family!

There’s luckily no risk for our backers. The film is completed.

For us… well the risk is that no one gets to see it. In this current flooded market of films (especially horror films) it can be hard to be noticed. We want to give “Slaughterhouse Slumber Party” a fighting chance to be the cult classic we know it is destined to be.