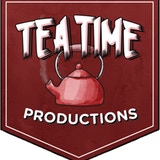 Ski Tour : Biathlon brings a previously unrepresented sport to the gaming table, providing a game of skill, tactics and friendly competition. Play as one of five nations and race one a highly customizable track, providing a great experience over and over again

“The chase is on, you have enough stamina to make a long sprint for the finish line, but will it be enough to grab the gold?”

More reviews will be added during the campaign!

BoardGameMonkeys article about the game (In german)

In Ski Tour: Biathlon you play as a biathlete representing your nation. The goal is to be the first one to cross the finish line.

Your resources – Stamina and Strength

Your main resource is stamina which is represented by wooden hearts. Stamina can be spent to either increase your speed or to make bold moves to pass opponents. In other words, stamina is what drives your skier forward at a higher pace. At the same time stamina is also the resource that determines the chance your biathlete has to hit the targets at the shooting range. Higher stamina equals a higher chance to hit the five targets. Misses at the range means laps in the penalty lane. A really low stamina also affects your chances of making sprints or building up really high speeds.

Each round, players will simultaneously roll dice to determine their available strength in the preparation phase. Then in turn order they will perform actions to move their biathlete forward along the track in the race phase.

When all have performed their actions the first player marker is moved one step and again players determine available strength. The game is played in two phases.

During the race you must position yourself carefully to take advantage of other players while not providing advantages to anyone else. Players may draft behind opponents to get extra steps or sprint to prevent drafting. You can also position yourself well in downhills so that your opponents cannot take advantage and draft behind your slipstream. You must also save up energy to be able to push the uphills so you dont get lactic acid and take to many turns to get up. Also plan your race so that you have good chances to hit the targets at the shooting range and maybe even in one single turn.

How will you plan your race?

They also wax their skies on the bottom of the player board with each nations set of unique wax tokens, a total of 30 tokens.

Each player will also recieve ten dice colored in their nations color as well as a skeeple (wooden skiing meeple) and five hit or miss markers.

The game has 20 terrain tiles that are used to build the course. There are start and finish tiles, uphills, downhills, shooting ranges, straights and two types of turns.

Also there is a first player marker and 4 shooting dice in 4 different colors matching the levels of stamina on each players player board.

Disclaimer: These images are 3d rendered and appearance may be a little different from production..

Shipping will be charged after the campaign via a pledge manager. We have discussed prices and fulfillment with a number of well-known professionals both within the EU, US and other regions. Please bear in mind that these prices are best estimates. We do of course aim to negotiate best rate possible when we know final game weight and included stretch goals, as well as the geographical spread of our backers.

All projects have certain amount of risk attached to them, but we have done everything possible to avoid as much as we could. Since this is not our first time around Kickstarter, we know what to avoid and what might delay.

We have done two successful projects prior in “Tribes : Early Civilization” and “WordPress the card game” and have learnt many of the lessons. Working with the right partners and preparing well is key to being able to move quickly after campaigns end.

We have chosen well known factories for production, factories that we have worked with in the past. We have strong relationships with both fulfillment partners and our community, and we strongly believe that our plan for a short and effective after campaign is sound.

We will, as always, be extremely transparent with potential problems or risks, so that all of you can follow the process tightly. Let’s make this a campaign to remember!