Road Trip to Hell #1-2: The Angel of Death After finding out that everyone from Hell is trying to kill him, Francis must save his sister from a hospital full of Nazis 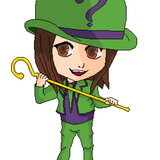 Our road trip to hell continues with this Kickstarter featuring rewards for the first two issues of the Road Trip to Hell. This is a dark comedy series filled with action, adventure and the worst the world had to offer. This Kickstarter is to help pay for the printing of the second 24 page issue (22 pages of story + thank you pages) of a three issue first volume.

In the first issue, Francis discovers his father is the devil, who has been mysteriously killed. Now, Francis has been named the new king of Hell. But everyone in Hell has been freed and if they kill him, they can become the new ruler of Hell. He needs to get to Hell in order to claim his throne.

In the second issue, Francis and his new guardian angel, Joan of Arc, must go to the Angel of Mercy hospital, which has been taken over by Nazis! Francis must go toe-to-toe with Adolf Hitler himself to save his sister.

What exactly is the money going towards?

The money from this Kickstarter will help pay the cost of printing as well as sending books, plus the Kickstarter fee. Anything extra will go towards recouping the costs that I’m currently paying out of pocket for the creative team and help make the next couple of issues for Road Trip to Hell a reality. This is the second issue of a three part volume that, if it goes over well, will span at least six volumes in total for an epic adventure!

*Special Note: While all reward tiers will receive a credit on the “Thank You” page of Road Trip to Hell #2, I reserve the right to censor/change any names given that I deem inappropriate. You also must get me the name as you want it to appear on the page within two weeks after the campaign (before the issue goes to the printer) for it to be included in the physical release. Also, there is free US shipping for all reward tiers (this does not include international backers).

I am the creator/writer, Nicole D’Andria, and this is my first creator-owned project! I’m a passionate comic book collector who works for Action Lab Entertainment. I am their marketing director, submissions editor and a script editor. Plus I have worked on several of their adaptations, including Peter David’s Artful and on the Miraculous: Tales of Ladybug & Cat Noir comics. I also helped write an issue of their ongoing DollFace series (with more to come!). This is a work independent of the company, which I intend to market to publishers at a later date depending on feedback from backers!

The amazing penciler/inker for Road Trip to Hell is Marco Maccagni, who I knew was the perfect person for the job after seeing his gorgeous, action-packed panels in series like Vampblade, DollFace and Archon.

The wonderful colorist is Joaquin Pereyra, who came to my attention thanks to his lovely color palette in MediSin.

The letterer for this issue is Justin Birch, who I have worked with before on projects like Miraculous: Tales of Ladybug & Cat Noir. He’s worked on numerous titles, including Raven the Pirate Princess.

The logo for “Road Trip to Hell” is designed by Brant Fowler. He is a co-founder of Last Ember Press as well as an awesome letterer.

Pledge an extra $5 in addition to your reward tier amount and I’ll sign your rewards!

Praise for Road Trip to Hell:

“This is the kind of story I wish I would’ve come up with first… then I realize I couldn’t have pulled it off this good!“ —Shawn Gabborin (Black Betty, Puppet Master)

“Why are you reading this quote about how good Road Trip to Hell is, when you can just read it and experience the goodness!”—Chad Perkins (ComicsRKewel)

“Road Trip to Hell is an impressive debut that reminds me a bit of the tragically short-lived TV show, Reaper. It has that same vein of dark humor and deals with just as much of the supernatural. This book sets itself out, pulling from a number of fun aspects of the Bible and history.”—James Ferguson (Horror DNA)

“I really enjoyed it. Good, clean premise. Deep characters. The art works nicely. And I love that the whole thing has a Buffy-esque swagger to it.” (Rylend Grant, Aberrant)

“Road Trip to Hell is a wild, clever, inventive ride, mixing memorable, original characters that you root for and historical figures that you long to see finally get what they deserve. With the return of villains we thought we’d seen the last of, this story is timely and timeless. To find out what happens in this series, I will gladly go to hell!”—Jennie Wood (Flutter)

“The story is as gripping as it is entertaining, and the pacing keeps me wanting more!”—Marty LeGrow (Bizenghast, Toyetica)

“Son of a…Devil? Rather, son of THE Devil. Road Trip to Hell is a great first comic from Nicole D’Andria. Marco Maccagni, Joaquin Pereyra, and Justin Birch compliment the witty writing and hairpin plot twists. Definitely pick this one up.” —Erica Schultz (Xena, Twelve Devils Dancing)

I’ll be using Comic Impressions to print the first two issues of Road Trip to Hell for this Kickstarter.

The script, inks, colors and letters are already 100% done. The only thing left to do is make the “Thank You” page! This means that any backers for the digital reward tiers will most likely be getting their rewards a couple weeks after the campaign ends! Even if unexpected delays do happen, expect to get the physical book by the beginning of 2020.