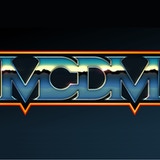 Kingdoms and Warfare introduces Domain-level play to your game, allowing players to become Regents running a Kingdom, Duchy, or Barony! Or a Church! A Thieves’ Guild! A Bard’s College! Whichever you choose, it’s your Domain. Your domain can take actions, raise armies, conduct espionage, and wage war!

Different kinds of Domains have access to different actions. A Thieves’ Guild is quite good at espionage, not so good at raising armies. So you may need allies! Because you will certainly have enemies!

Characters are still adventurers! But now the stakes are higher. Now the dragon threatens your people! And the dungeon contains the power you need to stop your enemies’ schemes!

While you’re away; your Lieutenant runs your domain (by your command) allowing you to continue adventuring as normal. Or as normal as anything is in this game. :D

These new rules are broken down into three broad categories, described after the graphics below.

The Kickstater Exclusive Edition will have gold trim!

The text you see here will only be available for the  Kickstarter-exclusive shirt! We may make a future shirt with no back text, but for the Kickstarter, you get the exclusive Tour Shirt.

And it comes in a red variant!

Kingdoms, duchies, baronies, earldoms, any territory with people living on it can be your Domain. Domains can be a small province with a single town, or a sprawling kingdom with many cities. This book contains rules for starting with a single province and growing your domain, or starting the game at 1st level by inheriting an entire kingdom!

The system assumes that, regardless of how many different domains your campaign world might have, we’re only worried about one Enemy Domain, one Allied Domain, and one Neutral Domain who could go either way. This constrains the number of things the GM needs to worry about so we don’t need a computer to track all the different actors in our play. Of course, an ambitious GM could track more Kingdoms!

Domain actions allow you to muster new units for your army, develop your land to get more resources out of it, build roads to make it easier to get around for people and armies, spy on your enemies, and ally with your neighbors.

The book includes rules and advice for running campaigns where only one player is a regent, all players are regents, or even how to use these rules to track the high-level politics in a game where no players are regents, and you just want the feel of large-scale political powers maneuvering against each other.

Not every player wants to run a duchy or an earldom, but these rules give you many more kinds of Domains! Existing within, alongside, and sometimes at odds with a Kingdom, are Organizations like Churches, Thieves’ Guilds, Wizard Orders, Bardic Colleges and more. All of them get special Domain Actions that affect the outcome of The Great Game.

One player might run a thieves’ guild, but sometimes the entire group wishes they could play a thieves’ guild! Or an order of Monks! But while “let’s all play monks!” sounds cool, once you sit down and think about it you realize that would mean no healing, no tank, no tracker, no one to pick locks or disarm traps or read arcane scrolls unless someone multiclasses, and was not as good at being a monk as everyone else, or played a different class and pretty soon you’re back to playing a normal adventuring partzzzz…..

Kingdoms and Warfare expands on the rules presented in the Chain of Acheron livestream with Titles for several different organizations.

Titles give your characters new, limited abilities and proficiencies that let them shore up the deficiencies of a limited-class party.

A thieves’ guild might have a Godbotherer, a thief who gains proficiency with Religion and limited healing and possibly limited access to prayers. Not as powerful or useful or versatile as a cleric, but it gets the job done.

An order of Monks might have an Acolyte of Mystery, who gains proficiency with Arcana and access to limited spells. Or an Acolyte of Stone with increased AC and HP!

Of course, some titles cannot be conferred during character creation, and must be earned like the Master of Ravens, the Master of Locusts, and the rest of the Monk Masters.

New Maneuvers allow characters to directly command their units, executing daring ploys that can change the course of war!

New rules for using PCs and monsters as units, as well as more advice for building an army and waging war. The rules for Warfare in Strongholds & Followers are only the beginning of a more robust system.

Strongholds & Followers  does not require the use of Kingdoms and Warfare; both strongholds and followers give players cool new abilities and allies all by themselves. But combining the two products produces a deeper system for running a world where characters can become Dukes or start their own Church, or run their own Thieves’ Guild.

We listened to folks who bought Strongholds & Followers and made sure to put more of what they liked into Kingdoms & Warfare.

New Gemstone dragons! New servitors from each of the Courts presented in S&F and three new courts! The Court of Seven Cities (Devils), the Court of Blood (Demons) and the Court of Rot (Undead!) More better things to augment your concordance roll!

The monster design from S&F was pretty popular and we’re super excited to do more.

People loved the codicies from the first book, so we’re doing more! The Codex Granatine! The Codex Adamant! The Codex Tempestatus! These legendary artifacts will change, or break, your game. Use at your peril!

Including the legendary Codex Bellorum…the BOOK OF WAR.

Any book of new rules as big as this requires an adventure to show you how to use it. The Regent of Bedegar acts as a sequel to the Siege of Castle Rend and introduces players to Domain Level play. The heroes manage their new domain, putting out fires in Gravesford and other local towns while encountering various organizations in Aendrim, some friendly, some not so much.

Of course, there will be a battle at the end! Lord Saxton must pay for what he’s done!

Like Strongholds & Followers, this book uses my setting’s background and lore, so you’ll learn more about the Timescape, the lore of demons, devils, and undead, and more fiction featuring the young adventurers from the first book.

Folks really liked the gemstone dragons from the first kickstarter, so we’re doing another one. The Ancient Onyx Dragon Cthrion Uroniziir!

This mini is BIG and only available to folks who back this Kickstarter. It will be available as an add-on in our Pledge Manager, but only to folks who pledge!

It’s not “Civ.” It doesn’t simulate an elaborate 4X game, it doesn’t worry about stuff like…how much Iron you produce vs how much Wheat you need. Provinces produce “resources.” Alliances just boost those resources.

In general these rules focus on high-level play, heavily abstracted, married to crunchy rules that give your characters real mechanical benefits. If you’re looking for a simulation this is not it.

The goal is; you’re still playing Fifth Edition, but now your campaign has an extra dimension.

If we manage to reach our funding goal, we have a whole bunch of stretch goals planned. The book stays the same, but we unlock new play aids like a GM’s Screen and a deck of unique unit cards for your fantasy warfare needs.

A 4-panel screen for the discerning game master to fudge die rolls behind. Without a screen, you’re just another random person at the table. With the screen, you become THE MASTER!

Our screen gives you easy access to tables from Strongholds, Followers, Kingdoms, and Warfare including the list of Domain Actions, Random Domain Events, as well as the full list of actions that adjust your Concordance, making it easier to track.

Dozens of unique units with custom special abilities to use in your epic battles! Centaur shock troops! Goblin sappers! Beholder units! Dragon units! All printed on high-quality cards ready to be used immediately at your table.

We have a bunch of new monsters planned for Kingdoms & Warfare and we’d love to make minis out of all of them! Each stretch goal pays for the 3D model and the manufacturing mold. As we unlock new ones…IF we unlock new ones…you’ll get to see the art and lore and how big the mini will be an how much it will cost. You’ll be able to upgrade your pledge in our pledge manager to add any of the minis you like to your pledge.

Check back to see what (if anything!) gets unlocked!

We’ll charge for shipping after the Kickstarter is over. We will collect this in the pledge manager.

We’ll ship your rewards from one of the four Blackbox warehouses we work with. This project is US, Canada, and Australia friendly. Under current trade agreements, we are EU friendly. This may change pending future Brexit negotiations.

Below is a list of estimated shipping costs for the K&W Hardcover, PDF + Sticker pledge. Keep in mind that these are estimates and that the accurate costs will be calculated in the pledge manager according to your address, pledge level, and potential add-ons.

We don’t ship to the following countries:

There are many fewer risks associated with this product compared to Strongholds & Followers. We no longer print our books in China, so there’s no danger of tariffs or trade interfering with our production. We have been through the Import Duty gauntlet so we have all the paperwork you need to ship your product around the world. We have good partners now, we know great artists, we have a great relationship with Trenchworx the folks who make our minis.

Like Strongholds & Followers, these rules are based on rules I’ve already designed before, so we’re not creating an entire ruleset from whole cloth.

I think probably the biggest risk is the fact that all of this revolves around me and my writing and design. Something happens to me, there could be a delay. But one of our goals with this project and the Player’s Guide To Capital is finding other freelance writers and designers to work with under my direction so the product isn’t wholly reliant on my labor.