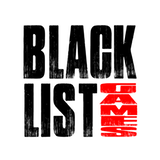 Hour of Need is a cooperative game of comic book action inspired by the costumed heroes that many of us grew up with. Using the Modular Deck System (MDS), also featured in Street Masters, Brook City, and Altar Quest, the game features incredibly modular gameplay using several different types of decks. Hero decks, villain decks, and issue decks can all be mixed and matched to create countless combinations of unique play experiences.

Blacklist Games is dedicated to supporting retailers and has special Kickstarter bundles available during this campaign exclusive to them. To inquire about these bundles, please send an email to [email protected] while this campaign is live in order to get quotes.

When the campaign comes to an end, you will be able to purchase your quoted items via the pledge manager. All your rewards will be delivered at the same time as those of all other backers, meaning before any sort of mass retail distribution.

Each game of Hour of Need puts the players in the roles of powerful heroes standing up against a villainous threat—in the form of a villain deck—while telling a tale of thrilling comic book action. To represent a climactic showdown, players will only have ten rounds to uncover and eventually defeat the villain. During the course of those ten rounds, heroes can lose in a variety of ways, as dictated by the chosen issue deck.

Players need to make the most of their turns by managing their hands, clever dice mitigation, and efficient problem-solving. Once players are able to overcome the issue deck’s various schemes, they can face the villain in direct conflict—which is no easy task, because each villain deck provides unpredictable reactions during the showdown!

What is the Modular Deck System (MDS)?

The MDS focuses on quick setup and elegant, card-driven gameplay, while allowing players to customize their game experience by mixing and matching fixed decks to create truly unique scenarios.

Hour of Need is played using a number of different types of card decks. The three main components of a game of Hour of Need are the hero decks, the villain deck, and the issue deck. These 3 types of decks can be combined in different ways to create all types of unique adventures. Special minion cards, bystander cards, crisis cards, ally cards, and nemesis cards are modular elements that can introduce new variety and difficulty to your games.

All the characters and stories presented in Hour of Need are pulled from the fictional pages of Modern-day Saga (MDS) Comics, an all-original setting created by Adam and Brady Sadler. It’s been their dream since they were kids to make their own comic books, and this is the perfect medium for them to present their dream comic book setting.

Since Hour of Need is massively expandable, one of the initial goals of the game line was to provide players with multiple ways to enter the game. Whether you want to try the game out with one or two players, get the full experience with the 1–4 player core game, or go all out with the core game and each stand-alone expansion to create a 6-player adventure, there are various ways to both get into and expand your Hour of Need experience.

Are you a lone hero, looking to take down criminal organizations on your own? Or do you prefer having a partner watching your back? Or would you rather join an epic team-up of heroes taking on a league of villains?

Hour of Need lets you play how you want! You can choose to play true solo, controlling only one hero, or take back the streets with up to six players, scaling the game naturally while also not adding hours to the gameplay.

Show your support for Hour of Need by donning one of many avatars available here: https://www.blacklistgamesllc.com/hour-of-need

Afterwards, refunds minus the Kickstarter and payment processing fees (which we cannot recuperate) will be available before and during the first 30 days the pledge manager is open. Once these initial 30 days have passed, no refunds will be possible. A reminder of the refund cutoff date will be announced in project updates.

This project is being funded in USD and any refunds processed will be in USD for the exact amount received in USD, excluding any applicable fees depending on the time of the refund being processed as previously stated.

Like our previous campaigns, shipping will be collected after the Kickstarter based on the actual costs incurred to ship, via our pledge manager after the campaign ends. This is so we can be fair to all our backers as shipping varies from region to region and doing so will allow us to provide more stretch goals for you during the campaign!

Depending on what region you are in, we will ship from the following hubs: UK (for EU/UK backers), China (for Asia Pacific backers),  Canada (for Canadian backers), Australia (for Australia and New Zealand backers) or Indiana (for USA and the rest of the world).

The following is a list of rough estimates for shipping a standard game package (4kg or 8.8lbs volumetric weight). Keep in mind these are just estimates and costs may increase based on weight from unlocked stretch goals and/or any optional buys you get.

Unfortunately, because of certain import laws and customs, we currently are NOT ABLE TO SHIP TO Afghanistan, Argentina, Brazil, Kazakhstan, Ukraine, Russia.

If your territory is listed above we hope to be able to offer our product to you later at retail, but are unable to commit to shipping to these territories during the Kickstarter.

THE LOOMING TARIFFS: We have spoken to our factory and shipping logistic reps and until anything officially changes, nothing will change or affect us cost-wise. If things do start having a financial impact, Blacklist Games, LLC will be absorbing what we can, so we can keep overall costs and shipping as familiar to what you’re normally used to with our campaigns. If there are any increases at all, it will be minimal and only be set by any fulfillment costs outside of our control, since we do not intend to randomly up-charge our products for the sake of doing so.

POST PLEDGE MANAGER NOTICE: Any pledges confirmed after our pledge manager deadline will be shipped from the US hub at a later date and will likely incur increased shipping costs since it would be out of our normal fulfillment cycle. For non-US backers that will likely incur import taxes as well. We also cannot ship to PO Boxes domestically or internationally due to the size of each package and the risk of the package being bounced back to us.

Altar Quest is currently in production at the manufacturer and you can follow all the exhilarating progress in our public updates. Though we aren’t physically involved until mass production concludes, we continually communicate with the factory and relay the latest news to our backers. While a new project like Hour of Need is extremely exciting, we are also just as excited and committed to bringing Altar Quest to our backers’ tabletops as soon as possible.

There are a lot of moving parts with Kickstarter campaigns, and timing is often one of the biggest obstacles, especially for smaller publishers such as ourselves. Fortunately, we have experienced game designers working hard to ensure the gameplay offers the best experience it can, strong relationships with the factory/manufacturer, a shipment/fulfillment company already signed on and, most importantly, dedication to our backers and their satisfaction.