For Nothing Mafia TV Pilot Based on the Amazon bestselling mafia novel For Nothing, we will film a tv pilot entirely on location in Buffalo, NY 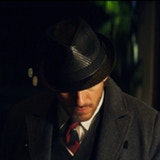 So What Is “For Nothing” All About?

For Nothing is the first novel in An Upstate New York Mafia Tale, an Amazon bestselling series. Having sold more than 250,000 copies to date, this project is a mafia-genre story that primarily takes place in Buffalo, NY and spans Western New York all the way to Upstate New York. By supporting this project you will allow us to film the story in Buffalo, NY and showcase the city, putting a spotlight on a place that is often overlooked or forgotten. You will also allow us to take the pilot to investors to get the tremendous amount of funding for a full season of mafia-style intrigue and hard-boiled detective intensity we believe you want to see.

In addition to helping us shine a spotlight on Buffalo, NY and supporting the art of storytelling – you will also be giving a group of young and hungry filmmakers a chance to showcase their skills. The crew, with an average age of 23, have been working together for more than five years to be ready for this opportunity. By showing folks that a project like this is possible, we hope to show other young filmmakers that with a will there truly is a way.

The Story Of For Nothing

An origin story, the pilot takes place three years before the initial story of For Nothing. For Nothing brings us on a journey as undercover cop Alex Vaughn goes deeper than ever into the organized crime family of Buffalo, NY. Motivated by justice and revenge, he seeks out the assassin that laid his friend low. Professional killer Rafael Rontego traverses the deadly politics of Buffalo’s mafia underbelly. In a city whose winter can be just as deadly as those wielding power, Rontego tries to stay ahead of the game.

Their two worlds collide in this epic thriller that takes the reader on a search for self, justice, and truth. The pilot explores all the chess pieces: mafia wars, federal indictments, and the quest for justice which set up the events that unfold at the beginning of the written series.

Who Is Behind This Project?

Aeri Productions has teamed up with Cross Atlantic Media and Monk Riot as well as author Nicholas Denmon in an attempt to turn the cult series, An Upstate New York Mafia Tale (of which For Nothing is book one) into a television series. The series has sold more than 250,000 copies to date and has been an Amazon bestseller several times over.

Aeri Productions is helmed by visionary Steven Quach who has filmed for large brands such as H&M, Culvers, World of Beer, Marriott among others. He has also directed numerous short films such as  Beyond the Dark, Ashes in Trinity, and the For Nothing Concept Short.

Nicholas Denmon is an international bestselling author. Dubbed the “Savior of Mob Fiction,” by Men’s Mag Daily, his series An Upstate New York Mafia Tale has topped the Organized Crime genre more than nine times. He is also from the great city of Buffalo, NY and wants to highlight his home as well as stay true to the setting of his novels. Buffalo, he feels, is often a forgotten city but is a great city rich with history and culture that would be perfect for the screen. He wants to share this with the world – all while telling a mafia story that will keep you on the edge of your seat.

Perks: What You Get

$1 – Our eternal gratitude and a “Thank You” message from our team.

$5 – The previous perk, plus: Exclusive online viewing of the complete short film For Nothing (and any additional episodes made from meeting stretch goals), exclusive access to our production blog, an exclusive desktop wallpaper, and your name on the “Thank You” page of our website.

$15 – All previous perks, plus: A For Nothing-themed social media skin packet, a copy of the For Nothing ebook with over 300 pages of classic mafia literature.

$20 – All previous perks, plus: An ebook copy of Buffalo Soldiers – book 2 in the series.

$25 – All previous perks, plus: A digital download copy of the script of For Nothing the pilot episode in PDF format, and all the full-orchestra For Nothing MP3 soundtrack. As well as the behind the scenes featurette on “The Making of For Nothing”.

$35 – All previous perks, plus a Vintage-style For Nothing mafia pin and thank you in the credits.

$50 -All previous perks, plus: a signed movie-style poster by Nicholas Denmon.

*MORE PERKS BELOW THE POSTER*

$85 – All previous perks, plus: An exclusive For Nothing t-shirt.

$125 – All previous perks, plus: A signed copy of For Nothing and one pair of Mobster Sunglasses.

$150 – All previous digital perks plus a cast hello video-text message from on-set.

$250 – A signed set of both For Nothing and Buffalo Soldiers, plus all digital rewards. Every book picked up from this campaign will be signed and numbered by Nicholas as well as signed by some members of our team, including the director and actors that create the pilot of For Nothing, and each book will have an original message by Nicholas Denmon on the inside cover. All of these features will only be included in books obtained through this campaign.

$500 – All the previous perks plus a signed movie poster, by the whole cast and crew.

$1000 – All the previous perks plus a signed script. There will only be 17 numbered scripts available.

$2500 – All the previous perks plus a Producer credit.

$7500.00 – All the previous perks (except a producer credit) plus be an extra on the show. We might even give you a line or two.

$10,000 – All the previous perks plus let’s face it at this point, you’re an Executive Producer, you’ve given us tremendous help, you’re basically family. Come spend a day with an all-access pass on set as we film the pilot!

At the $200,000 mark, we will begin work on the second episode of For Nothing and continue the story. Plus everyone that contributed will be given a free digital copy of the pilot complete with behind the scenes footage.

At the $250,000 mark, we will hire a famous mystery actor to help accentuate the tale. Plus everyone who contributed will now be thanked in the credits and receive a signed movie-style poster.

At the $350,000 mark, we will be able to embark on the third episode of For Nothing. You will all also get all the above plus the mafia-style For Nothing pin.

At the $450,000 mark, we will make episode 4 and be almost half-way through the first season. For this achievement, the entire For Nothing Kickstarter community will get digital copies of episodes 1-3 plus all the other stretch perks that were unlocked.

Where Does The Money Go?

The money for this project goes towards getting the cast and crew in one spot, feeding them, and housing them. It also goes to pay for their services as well as to give them the right equipment to work with. Everything from camera lenses, to lighting, and microphones makes a huge difference in the quality of viewing experience. We also have to put the product through post-production and then market it afterward to create buzz around the project. It is a lot to think about, but here is a pie chart that might be helpful to help you visualize the buckets where the money will be spent.

WHAT CAN I DO TO HELP?

If you want to help but can’t afford to contribute money, you can still pitch in by sharing this campaign with as many people as possible: with friends and family, on your social media, and all over the Internet. Not only will you help raise awareness for this campaign, but you might help someone who wants to support new tv shows find out about the project and make For Nothing a reality.

Any project of this type of scope comes with inherent challenges. From accumulating the proper money to make this a reality all the way to the logistics of filming in snow for 12 hour days and nights, there is truly no shortage of possible hurdles we will have to overcome.

But have no fear!

With your help, we know we can do it. We have done so much as a group already, that we know there isn’t anything we cannot overcome when we work together.