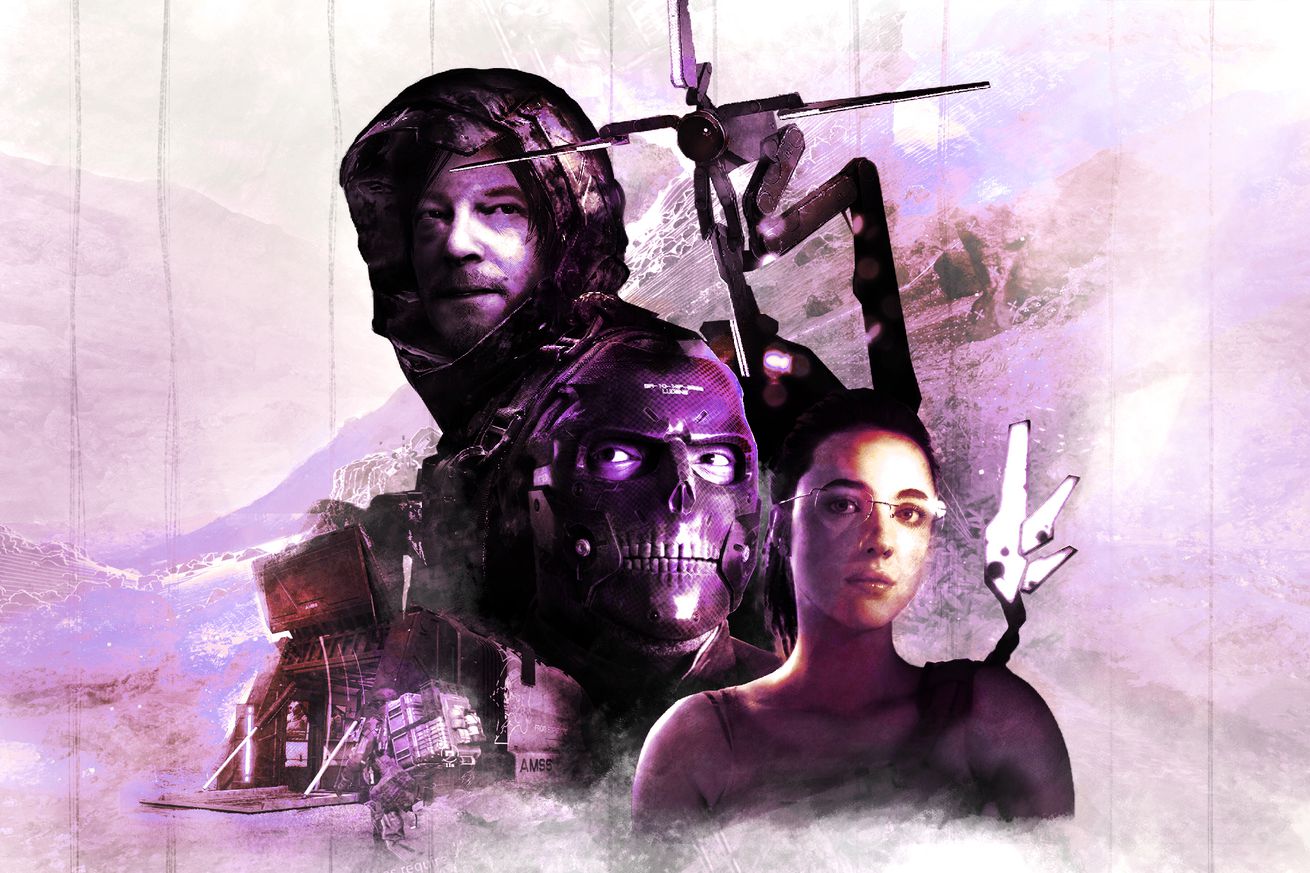 Hideo Kojima’s long-anticipated game, Death Stranding, is out the PlayStation 4 on November 8th. The star-studded action game utilizes actors such as Norman Reedus, Guillermo del Toro, Mads Mikkelsen, and Léa Seydoux to tell a long and winding story about the state of mankind and human connection in a post-apocalyptic future.

The buzz around the game, as well as understanding what it’s actually all about, takes a little bit of unpacking for those who haven’t been following along. How do you explain what is definitely the most bizarre game of the year?

Who is Hideo Kojima?

Death Stranding is unmistakably A Hideo Kojima Game, so let’s first talk about the man himself. Kojima is one of gaming’s auteurs, the man who birthed the Metal Gear and all of the hijinks that ensue in the Metal Gear Solid series. He was a longtime employee of Konami — arguably the best-known man of the company — until a very messy split in 2015. This breakup is important because it is undeniably the seed from which Death Stranding sprouted.

In 2014, Kojima was officially collaborating with filmmaker Guillermo del Toro to create a new game for another of Konami’s wildly popular series, Silent Hill. Called Silent Hills (I know), it was set to star Norman Reedus and was announced by way of an interactive demo dubbed “P.T.” The “Playable Teaser” was a standalone experience that only unmasked itself as a Silent Hill promo when the player completes it and is revealed to have been Norman Reedus’ character the whole time. P.T. was an immediate success, even snagging a spot on The Verge’s sister site Polygon’s Top 10 games of the year. Anticipation for Silent Hills was high.

Then Konami canceled it.

Kojima and Konami’s relationship was rocky long before the official cancelation. It was preceded by rumors that Kojima would leave the company after the September 2015 launch of Metal Gear Solid V: The Phantom Pain. Despite what would end up being credible rumors about Kojima’s impending departure, Konami continued to insist that all was well and that the developer was simply on vacation. Konami also made the baffling choice to yank P.T. from the PlayStation Store, which has, in turn, bestowed it with a sort of legendary status — the kind that allows people to sell PlayStation 4s with P.T. installed for exorbitant amounts. Kojima was not allowed to accept an award for Metal Gear Solid V.Finally, solidifying the breakup, he spun up his own studio outside of Konami and announced his new title — Death Stranding — the following year. Both del Toro and Reedus returned to work with him.

The Death Stranding is the event that kicked off the game’s apocalyptic world as it exists today. The human population was decimated. The gate between life and death became a little loose. Ghostly BTs now roam the world, threatening anyone who stumbles across them.

BT stands for “beached things,” and they are gooey shadow monsters that will murder you with their… mouths? If they catch you. They are bad, and you should not let them catch you. Thankfully, you have a “tool” to help you called a BB.

BBs, also known as “bridge babies,” are tank babies that help you sense BTs. They stew in what I’ll lovingly refer to as a fancy tech pickle jar. Once they’re strapped in, they’ll alert you to a BT’s presence by activating a metal claw that sort of flaps to indicate which direction they’re in. It makes just as much sense to you as it does to me trying to explain it. They’ve got a whole thing going, but naturally, it’s wrapped up in the game’s larger mysteries.

What do you actually do?

You play as Sam (Reedus) who is basically a futuristic Amazon delivery guy. He runs packages, so players have to learn how to balance heavy loads by distributing weight, scouting routes, and generally getting things where they’re going safely. The game has a fair amount of resource gathering and structure building as well as some stealth-action sequences when you encounter BTs. Much like if you see a T. rex in Jurassic Park, fast movements are not encouraged, nor is breathing if you can help it. BT encounters usually mean you’re trying to creep away as quietly as possible until you get some, ah, special upgrades.

What’s with all of these celebrities?

Norman Reedus, Mads Mikkelsen, Léa Seydoux, and Margaret Qualley lend their likenesses and acting talents to main characters in the game. There’s also Guillermo del Toro and Lindsay Wagner. While del Toro appears as a character in-game, he’s voiced by someone else. Wagner voices a character modeled after her today, but she also lends her face — as a young woman — to another character who is voiced by a different actress. Other celebrity cameos, including Conan O’Brien, are sprinkled throughout.

Reedus and del Toro’s involvement is a holdover from Silent Hills when both were involved in Kojima’s take on it, while Kojima has long been a fan of Wagner. As for Mikkelsen, Kojima’s love of the actor’s work is extensive, exhaustive, and well-documented.

To Mads-fan,
Here’s Mads w/ lighting & w/o texture that only our dev team can see.
He’s so precious even w/o texture.
I’ll keep coming. pic.twitter.com/lJbSya9VDM

As for how he got everyone on board, Kojima typically pitched them in-person on the game’s concepts.

How long is the game?

Death Stranding is very, very long. You’re looking at around 50 hours to complete the main story, which involves lots of lengthy walks, delivering a truly staggering number of packages, and watching multiple hours’ worth of overly dramatic cutscenes. It also has multiple end credit sequences. But that’s not the whole game, as there are also plenty of side quests that pad out the experience quite a bit. (For the most part, they involve delivering more packages.) Once you finish the main story, the world opens up so that you can go back and complete any quests you may have missed.

One last question: why does Norman Reedus pee in the game?

I wouldn’t dream of spoiling that surprise for you. Let’s just say Kojima is very big on recycling in this game.