THE INSIGHT TAROT DECK A new tool to access the archetypes. 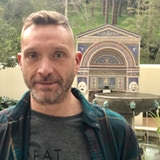 The INSIGHT TAROT Deck is a 22-card tarot deck depicting the major arcana in a new, large square format. in this way, the cards function as mandalas, encoded with symbols that reveal their secret meanings.

See all 22 cards of the INSIGHT TAROT here on my website.

The cards will be printed on thick cardstock with a durable matte coating.They are much bigger than traditional cards. At 8″x8″, the deck resembles a stack of fine-quality art prints more than a standard deck of Tarot cards.

The energies that the Tarot brings us in touch with have been described in many ways throughout history.

Plato called them the Forms.

Carl Jung  called them the Archetypes.

Whatever their names, these universal concepts have shown up again and again throughout human history. They are the characters that still appear today in books, movies, advertisements, and on social media.

The images of the Tarot  are so universal, most of us recognize them instantly:

See all the cards here.

Each of the 22 Images contain a compendium of esoteric information. the INSIGHT TAROT DECK integrates ideas from

All of the cards, put together, create a map we may follow into the deepest level of self. In learning about the Archetypes, we broaden our awareness of how they operate in our daily lives.

The Insight Tarot is for everyone!

The images of the tarot have always served as a gateway to deeper truth, but this has been overshadowed by its reputation as a fortune-telling device and its connections to the occult.

I wanted to create a tarot that was accessable, inclusive, and decluttered. It was important to me that anyone with an interest in gaining spiritual knowledge could pick up the deck and start using it right away.

The INSIGHT TAROT can be used as a tool for:

My hope is that artists, doctors, writers, lawyers, therapists, actors, teachers, parents and others will find new and exciting ways to develop themselves through working with the INSIGHT TAROT DECK!

Whenever a deeper understanding is needed, the INSIGHT TAROT can help you penetrate to the essence of the matter.

In creating the Insight Tarot, I looked back at previous versions of the cards.  The square format allowed me to integrate much more detail and create a sense of place for each figure.

Since I knew the arrangement of each card’s symbols were no accident, I tried to stay true to the historical structure of the cards. My version of the chariot is a good example of this. My only innovation here is I chose to make the figure ½ male and ½ female, rather than just the traditional male figure.

When I did deviate from the tradition, i did so with purpose. In the judgment card,  for instance, I kept the solar-cross symbol but chose to change the religious imagery  of the angel and child to the Phoenix, a more universal symbols of redemption.

Overall, I made an effort to remove references to human skin tone. Rather than denote race, the skin color of each figure serves the meaning of the card.

While it’s true we all know these archtypes and recognize them outside of ourselves, sooner or later we realize that those projections are just distraction. To really understand the archetypes, we must aquire self-knowledge, and that means going within.

Carl Jung called this process of self-discovery individuation. I am creating the INSIGHT TAROT as a practical tool to help you in this search for your own truth.

It’s been 2 years since I began creating the artwork for the Insight Tarot deck. So I’m happy to say, the really hard work of conceiving and realizing my vision is already done! Once they are printed, the biggest challenge will be assembling the decks here in my studio. I feel confident I’ve set realistic deadlines for ensuring everyone gets their Insight Tarot deck on time! And of course, if I run into any unexpected snags, I’ll be sure to let you know!