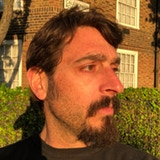 Images and text by Jonathan Blaustein

Published by Yoffy Press, with an essay by Kevin Kwan

I’m Jonathan Blaustein, an artist, writer and educator based in Taos, NM, and this is my first Kickstarter campaign.  (Thanks, guys!)

Today, I’m asking you to support “Extinction Party,” a new limited edition photography book that’s about to go into production with Yoffy Press in Atlanta.

We’re asking you to please purchase the book, or a limited edition print, over the next 30 days.

For the past twenty years, I’ve exhibited my work countless times in galleries, museums, and festivals in the US and Europe.

My photographs have been collected by important institutions like the Library of Congress and the State of New Mexico, and once went viral on the internet, after being published by the New York Times. (For whom I later worked as a writer for six years.)

As a result, I’ve been featured on television shows like Colores, and New Mexico Living, and was interviewed by Kai Ryssdal on “Marketplace,” the nationally renown public radio program.

But I’ve never had the opportunity to make a book of my work… until now.

As an artist, I’ve been obsessed with over-consumption in America since the onset of the Great Recession.

We shop. We buy. We dispose.

We slaughter species for our food supply, and do with the dirt as we please. Our plastic goes into the ocean or the Earth, leaching chemicals back into the environment.

The planet’s climate is changing, the future is at stake, and “Extinction Party” takes a much closer look at the situation.

Whether clogging our landfills, or choking fish in the sea, our addiction to things in America is leading to the potential extinction of nearly everything.

I’ve been a professional blogger for the popular blog A Photo Editor for nearly ten years, so the book will feature a few stories I wrote to illuminate my pictures.

Details about the book

We believe this book’s message is important.

Over the years, I’ve photographed one dollar’s worth of food from around the world, nature from my property outside Taos, years worth of accumulated junk in my former studio, and party supplies from the mega-corporation Party City.

My publisher, Jennifer Yoffy, came up with a terrific edit, and my good friend Caleb Cain Marcus created an amazing design, including four different covers.

Now we’re asking you, the vibrant and generous Kickstarter community, for $15,900.

This total will cover our proofing, printing and shipping costs in Holland, our reward fulfillment, taxes, and a small book signing campaign in Houston, New York, and San Diego.

Please pre-purchase the book, or perhaps a limited edition print, to help support us.

Thank you so much for taking the time to check out this site, (and the book,) and we hope you’ll consider supporting the project!

We’ve put together a nice slate of rewards, and are hoping you’ll pre-purchase the book here, (and perhaps a print,) so that we can go ahead with publication later this year.

If you contribute $10 or more, I’ll send you a personal, signed thank you note.

There are limited edition prints available in five different sizes, with the larger prints coming in smaller editions.

Also, if you donate $20 or more, (or purchase the book,) we’ll feature your name in the back of “Extinction Party.” And as the book has four different colored covers, perhaps some of you might like to buy multiple copies?

Jonathan Blaustein is an artist, writer, and educator based in Taos, New Mexico. He received his MFA in Photography from Pratt Institute in 2004, and has exhibited his work widely in galleries and museums in the US and Europe.

His photographs are in the permanent collections of the Library of Congress, the Brooklyn Museum, the State of New Mexico, and the Museum of Fine Arts, Houston, among other institutions.

Jonathan is a weekly columnist at the popular blog A Photo Editor, and spent six years as a critic for the New York Times Lens blog. He has also written about art and photography online for The New Yorker, VICE, and Hyperallergic. Jonathan taught photography at UNM-Taos for many years, and runs the Antidote Photo Retreat at his family horse farm outside Taos.

This fall, he exhibited his new conceptual series, “Party City is the Devil,” at the Harwood Museum of Art in Taos, NM.

We’ve gotten the book ready to go to press, and have a reasonable quote from our printer in Amsterdam. If we fully fund the project here, (thanks to your help,) we’ll be able to afford to print and ship the book. The reward prints are already lined up as well, (from a brilliant professional printer in NYC,) so I believe we’ll be able to overcome the challenges inherent in making a high quality photo book. Your support will also help with the promotional campaign, so that I can attend book signings at US photo festivals in 2020.