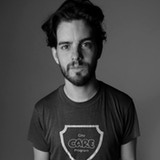 It’s 1931. Chaos erupts in a small courtroom in DeWitt, Arkansas as a young woman, dressed in all red, slowly lowers a pearl-gripped pistol. 17-year-old Helen Spence just shot Jack Worls as he stood trial for her father’s murder. “He killed my daddy,” she utters. She shot to kill, and Worls is dead. What happens next…

Daughter of the White River is a Southern True Crime Documentary based on Arkansas folk hero, Helen Spence. Born in 1912, Helen was “river-smart”. She could catch fish, skin deer, and sew dress hems. She could also kill men.

This documentary film project is the culmination of author Denise Parkinson’s two decades of research into the mysteries of Arkansas’s River People, a lost tribe of houseboat dwellers that thrived for a century along the Lower White River. Houseboat girl Helen Ruth Spence (1912-1934) lived by the code of River Justice. Our efforts will help ensure that Helen’s story of “true grit,” love, and loyalty will never die!

We are a team of Arkansans, shooting on location in Arkansas, to preserve and share an unbelievable piece of Arkansas history.

Our amazing team has already begun production to share this story through the incomparable medium of film! We’ve done the research, conducted interviews with surviving members of the early 20th century riverboat community, shot re-enactments of the more astonishing and important events of Helen’s life, and participated in a two part NPR podcast.

After almost two years of work, we feel equipped to finish a film, worthy of telling Helen’s extraordinary story. Funds raised will be spent on the remaining days of production, hiring crew, editing the film, and festival submissions.

We’ve even considered the amazing possibility of raising more than we asked for!! We have thought through some flex goals in the case of raising additional funds!

With each additional $5,000 raised, we will be able to write, organize and shoot an additional reenactment scene to enhance our telling of the story. We have at least five of these “wish list” scenes in our back pocket. Here’s hoping we will get the chance to make some of them a reality!

Big time flex goal: Our current project scope is a documentary short, with the finished film 20-30 minutes long. If we can raise $35,000 we will make it a FEATURE LENGTH DOCUMENTARY!

We can’t do anything without your generous support, and we want to make sure you know that. Supporters of our project can expect us to love and support them right back with rewards like movie post cards, exclusive access to the finished film, a cameo role in the film, producership, and even a fly fishing lesson on the White River!

This is an ambitious production with lots of moving parts. As you can see from the teaser, we have already begun production. We are hoping for a boost from donors to finish this thing off properly. Once completed, we think this short film could help Daughter of the White River become a feature length documentary film!