GM turned a 1960s pickup into an electric hot rod: Using tech from the Chevy Bolt 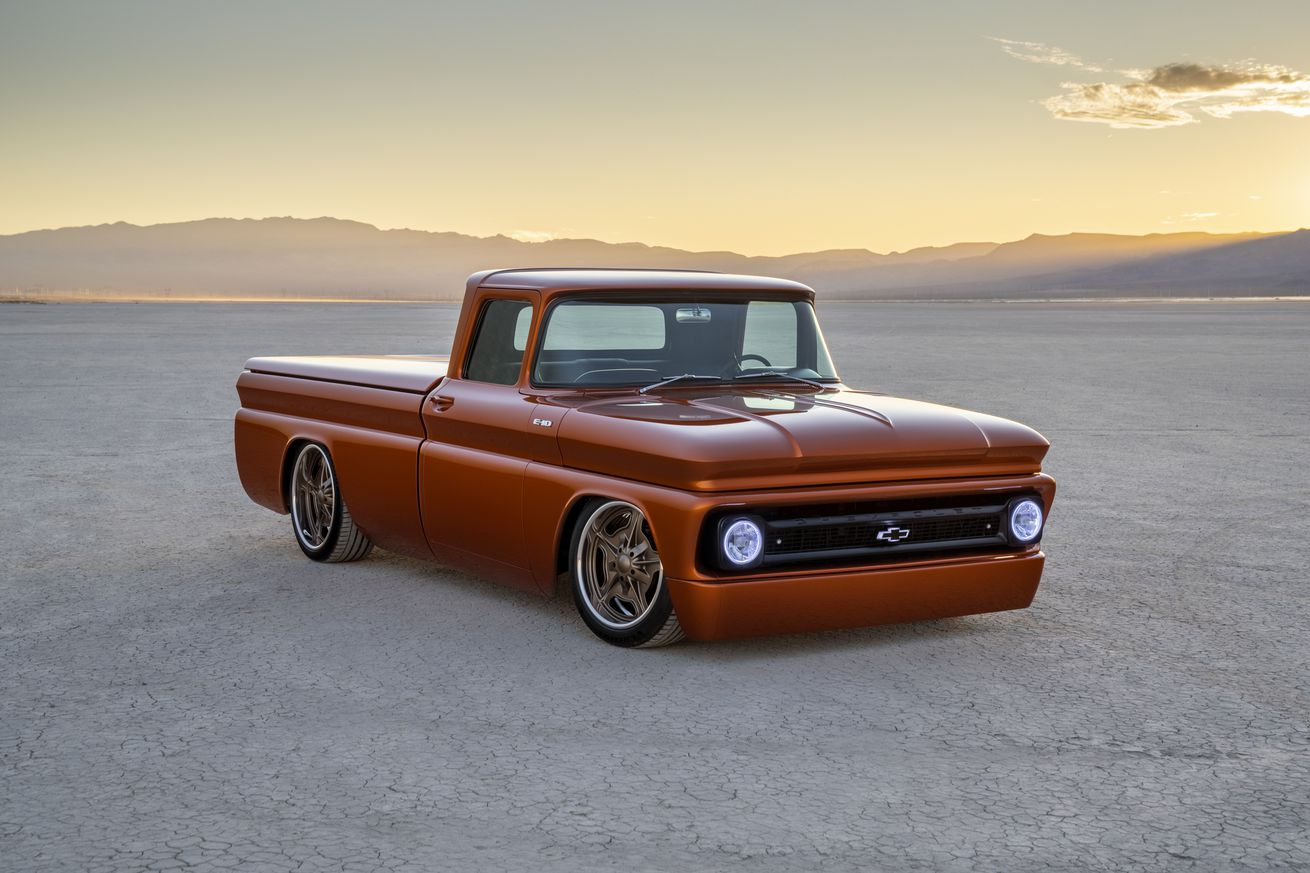 General Motors teased the “future of hot rodding” this week with a stunning, if not necessarily novel idea: the automaker took a vintage 1962 Chevrolet C-10 pickup truck and turned it into an electric vehicle using technology from the Chevy Bolt.

The franken-truck, dubbed “E-10,” is not the only wonderful one-off oddity to come out of this year’s Specialty Equipment Market Association (SEMA) trade show, which took place this week in Las Vegas, as Ford also announced a head-turning prototype electric Mustang with a six-speed gearbox.

But what GM showed off is a far more tangible idea, because the electric powertrain the company swapped into the truck is something it’s considering putting on the market, which would make similar conversions possible. It could also make EV conversions a bit more accessible — currently, those modifications still require handing over a lot of money to a specialty shop.

GM says the truck conversion builds on what the automaker showed off at last year’s SEMA show, which was a modern-day Camaro that had been converted to electric power using some off-the-shelf components. The truck draws its electric power from two 400-volt, 60kWh Bolt EV battery packs mounted in the bed, which are married to Bolt power electronics that send the power to two electric crate motors developed by Chevy’s performance division. Overall, GM estimates the truck has about 450 horsepower, and is capable of making it from 0 to 60 miles per hour in five seconds.

By working with more production components than last year’s electric Camaro prototype, GM is making the case that the E-10, with its electric crate motor setup, could soon be an option for people who want to revive vintage cars in a cleaner (but still powerful) fashion.

“The E-10 Concept builds on the experience and momentum generated by last year’s [Camaro] Concept, taking the idea of a ‘crate’ electric propulsion system further by leveraging actual production components,” Russ O’Blenes from Chevrolet Performance said in a statement. “It’s all still in the testing stage, but this concept brings the electric option for hot rodders much closer to reality.”

Electric conversions have grown popular enough in the last few years that GM is far from the first automaker to signal an interest in the market. In September, Volkswagen announced it has been developing a way to convert old Beetles to electric power. Jaguar and Aston Martin have announced similar efforts as well. It’s a trend that’s likely to continue, too, as governments around the world continue to tighten emissions regulations. (Of course, GM recently backed the Trump administration’s effort to slow the implementation of stricter emissions regulations in the US. So perhaps the E-10 is a sign the automaker believes there’s money to be made regardless of what the regulatory regime in the US looks like in a few years.)