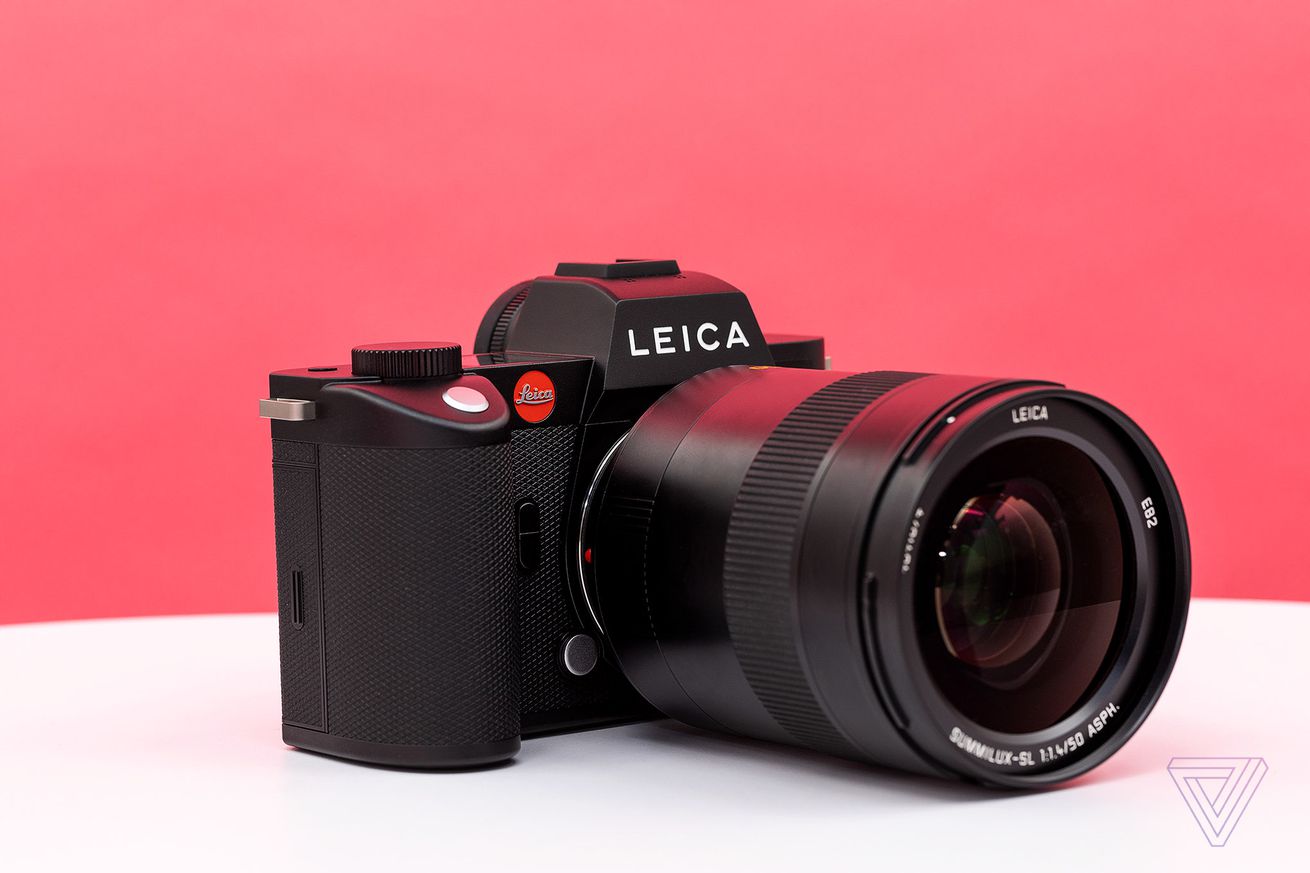 Leica has announced the new SL2, the latest version of its full-frame mirrorless camera system. The new SL2 succeeds the SL from 2015 and introduces a higher-resolution sensor, upgraded construction, a new touchscreen, and an upgraded electronic viewfinder. It will be available starting on November 21st for $5,995.

The design of the SL2 will be familiar to anyone who’s seen the SL, though there are some subtle changes. The mid-chassis is now magnesium, with aluminum for the top and bottom and a leatherette covering that goes all around the midsection. The SL2 is rated for IP54 dust and water resistance, and it has an updated control scheme on the back that matches the Q2, M10, and CL.

Mounted on the back are a new 3.2-inch, 2.1-megapixel touchscreen and 5.76-megapixel OLED electronic viewfinder. Between the new touchscreen and control system, the SL2 provides three different ways to interact with its menu system: touch, joystick, or a thumbwheel. It also has a lot of customizable buttons that can be programmed to whatever function you prefer. The whole system feels much more modern than the non-touch LCD on the SL.

Inside, the SL2 has the same 47.3-megapixel full-frame sensor that debuted in the Q2, just slightly modified to work with an interchangeable lens system. That sensor is hooked up to a new 5-axis in-body image stabilization (IBIS) system that provides up to 5.5 stops of shake reduction, which catches Leica up to the IBIS systems that have been in Sony, Panasonic, Nikon, and Canon cameras for years. The sensor supports ISO settings from 50 to 50,000 and captures up to 14 stops of dynamic range.

The new autofocus system can switch between eye, face, and body detection

A new contrast-detect autofocus system includes eye, face, and body detection and automatically switches between taking a photo only when it’s locked focus (focus priority) and just letting you capture as many frames as possible, focused or not (shutter release priority), depending on the shooting situation.

The SL2 is roughly the same size and weight (928 grams) as the SL, but that doesn’t mean it’s a compact mirrorless like you might expect from Sony or Fujifilm. It’s a heavy, blocky camera that’s less concerned about being compact as it is about providing a good ergonomic experience. If you were thinking of downsizing from a DLSR to a smaller mirrorless system, the SL2 probably wouldn’t be on your list.

Aside from the new capabilities brought by the higher-resolution sensor and IBIS system, perhaps the biggest change from the SL is the SL2’s new menu system. A new quick settings screen provides access to commonly used controls, while the new Cine Mode, which takes effect when shooting video, changes the camera over to video-specific settings, such as ASA, t-stops, and shutter angle.

Leica’s SL-mount lens system has grown since the launch of the SL four years ago, and it now includes eight total lenses with three zooms and five primes. Three more lenses are planned to be released next year, and Leica’s participation in the L-Mount alliance with Panasonic and Sigma has resulted in the release of a number of other lenses that are compatible with the SL2. All lenses, including manual focus Leica lenses with mount adapters, will benefit from the camera’s new IBIS system for sharper images at longer shutter speeds.

I had a chance to shoot with the Leica SL2 and a $5,295 50mm f/1.4 Summilux lens for a few days before the official announcement. While the SL2 feels very similar to the SL, the new viewfinder and improved performance are instantly noticeable and appreciated. The OLED viewfinder, in particular, is stunning to look through, with a large field of view, fast refresh rates, and crisp resolution. Likewise, the camera’s new autofocus system does an excellent job of locking on to portrait subjects, even in low lighting situations. This performance was certainly aided by the 50mm Summilux, which is an absolute beast of a prime lens that would be at the top of my shortlist of desert island lenses.

Of course, you can get similar performance and resolution from much less expensive cameras made by Sony, Nikon, Canon, or Panasonic. The reason you might consider the SL2 has a lot to do with how it feels and its shooting experience. The SL2 is a brick of a camera that, while expensive, certainly feels the part of a professional tool. It’s also flexible enough to work for a variety of shooting situations, whether that’s in a studio, at a wedding, or in a portrait session.

If that seems interesting enough to you to part with the value of a decent used car for a camera, you’ll be able to do so later this month.