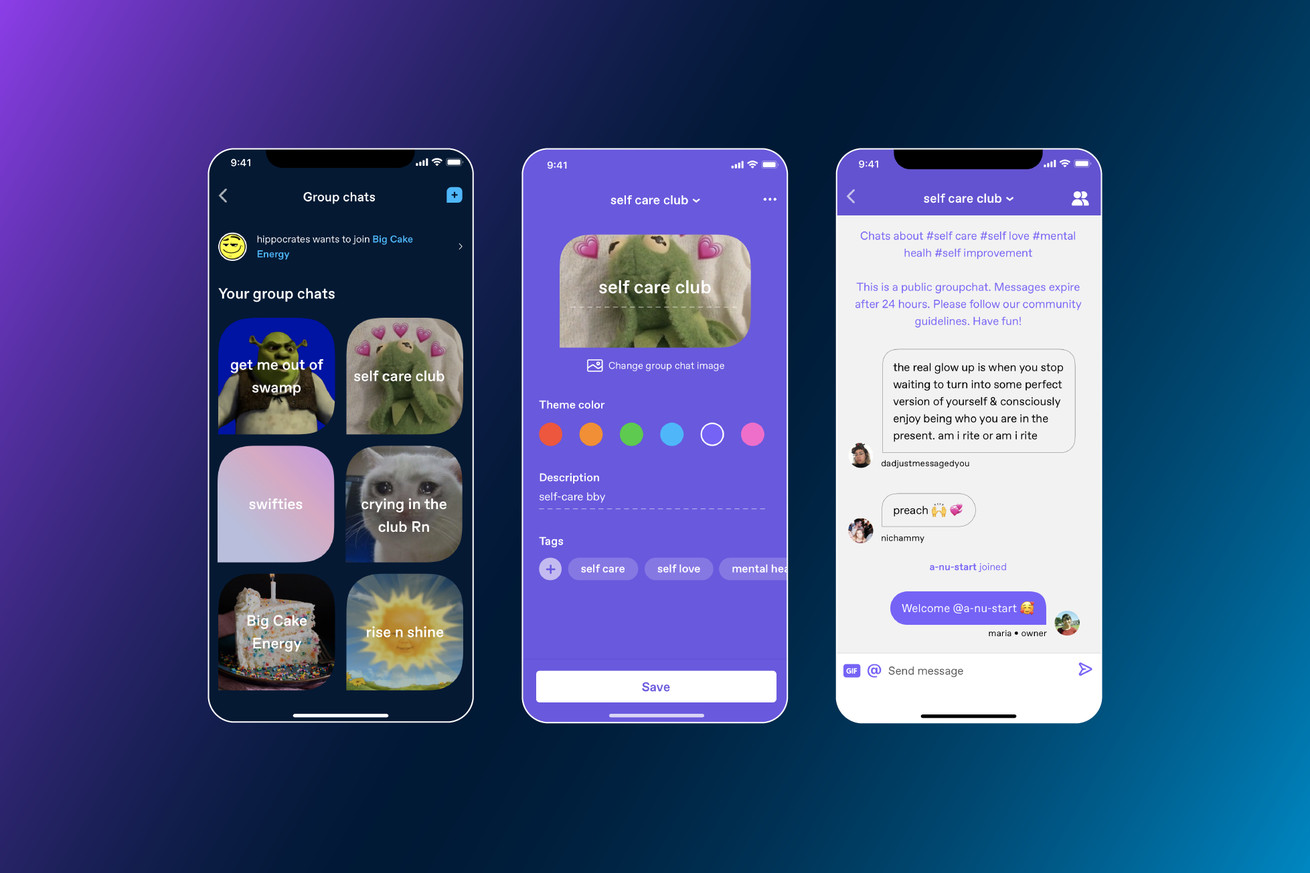 Tumblr is launching a new group messaging feature that will allow different fandoms on the site to chat more easily with each other instead of replying on re-blogs.

The “group chats” are public spaces, meaning that anyone can find and read them, though only approved members can send messages. People should notice a new group chat icon in the upper right-hand corner of Tumblr’s app starting today.

Group chats aren’t meant for private DM sessions with Tumblr pals. The idea is to give people in niche communities a chance to create dedicated spaces to talk about their interests that are more immediate and interactive than simply re-blogging someone else’s post. Whether it’s memes or therapy or BoJack Horseman, this allows a larger body of people to find a hub where they can talk about their favorite thing.

There are some essential differences between Tumblr group chats and similar features like Facebook groups. Messages within the group chats disappear after 24 hours, and there’s a maximum occupancy of 100 people. Although any group chat is discoverable via search, people have to request permission to join. Non-members can preview what the group chat looks like, but they can’t actively participate in any conversation without being given permission.

Tumblr product manager Scott Oltrogge told The Verge that user safety was a top priority for the team when they started exploring the idea. Full control over chat membership is given to the group owner. All members of the group have the ability to report users who may use hateful or abusive language, but only the group owner can kick a person out.

In an effort to ensure that disturbing material isn’t shared within the groups, Tumblr also won’t allow users to upload their own media. That includes photos and GIFs. They can use the GIF options built into Tumblr within the group chats, but that’s it. Tumblr isn’t instituting any new privacy or usage policies around group chats, but Oltrogge reiterated that people must be 13 years old to use the site, and sharing adult content isn’t allowed.

There isn’t any way to make the group chats private, Oltrogge said. The team’s goal was to make “really open and community focused experiences,” he added. If people want to have private one-on-one conversations, they can still initiate those via Tumblr’s direct messaging feature.