Tesla will unveil its ‘Cybertruck’ electric pickup on November 21st 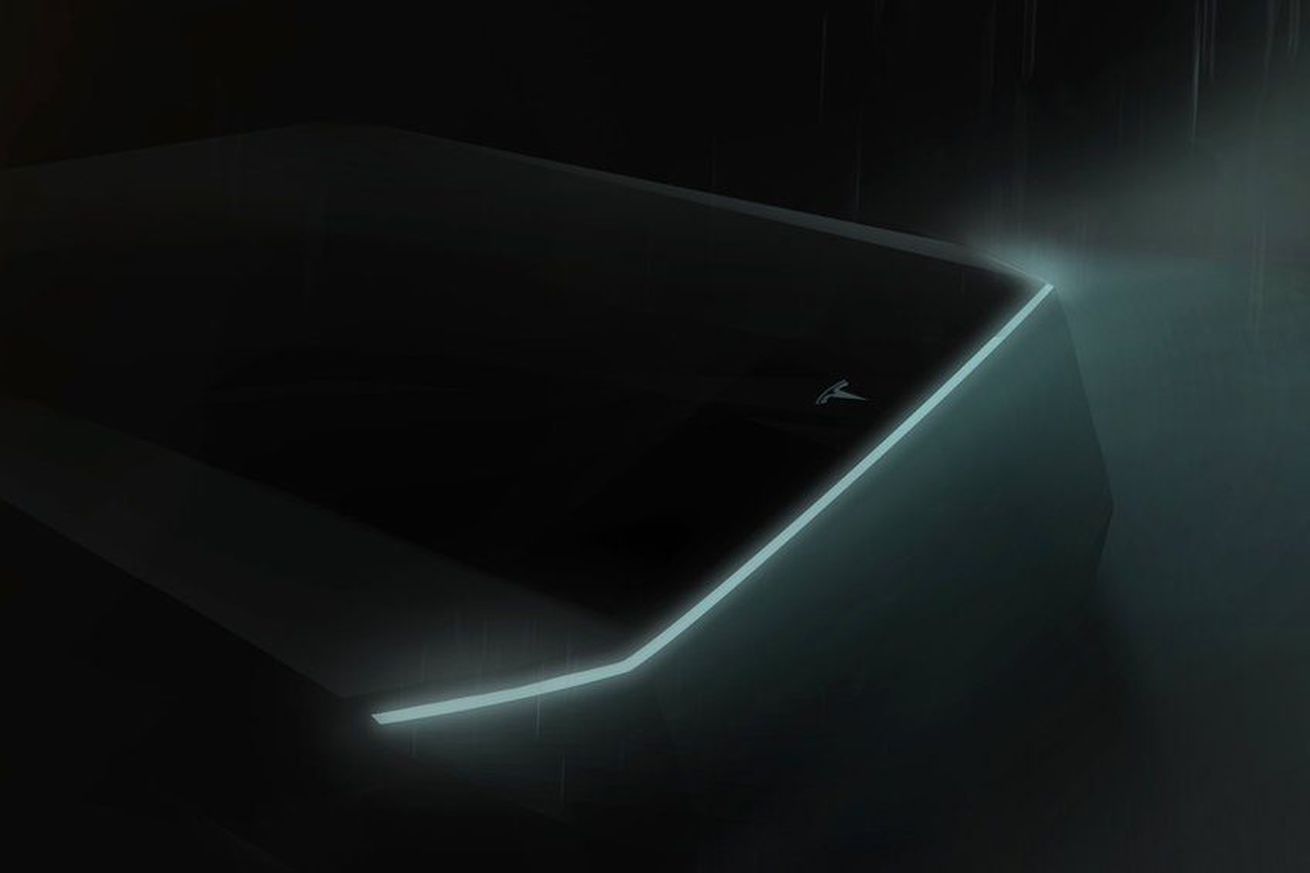 The front of the Tesla pickup truck seen in a mostly indiscernible teaser image released earlier this year. | Image: Tesla

Tesla will finally unveil its long-awaited electric pickup truck on November 21st, Elon Musk tweeted on Wednesday. The truck, which Musk has dubbed “Cybertruck,” is supposed to look like something straight out of Blade Runner, the CEO has said.

The truck will be unveiled at Tesla’s design studio in Los Angeles, California, which sits on the same lot as SpaceX’s headquarters. Musk originally planned to reveal the pickup truck earlier this year, but he announced in September that he was pushing the event back to November.

Musk has said the forthcoming pickup truck has a “heart-stopping” design, with better utility than a Ford F-150 and superior performance to a basic Porsche 911.

The idea of a Tesla pickup truck has been kicked around since 2013 when Musk mentioned his desire to take on the F-150s of the world onstage at an event. The billionaire entrepreneur has spent the last six years teasing the truck without offering too many concrete specifics. He’s said the truck will seat six, start at around $50,000, and offer 400 to 500 miles of range in the highest price variant. Musk has also suggested the top-end version will be powered by a dual-motor setup, with a ludicrous towing capacity of 300,000 pounds.

As for what the truck will look like, Musk hasn’t offered much beyond a bunch of references to its “cyberpunk” aesthetic, and he has only released one very dark and indiscernible teaser image (seen above). This has resulted in a constant flood of fan renders, many of which border on the ridiculous.

Cybertruck unveil on Nov 21 in LA near SpaceX rocket factory

The date is strangely familiar …https://m.youtube.com/watch?v=-fu7jN2_2pE …

1,151 people are talking about this

The date announced on Wednesday means the Tesla pickup truck will be revealed at the same time as — but separate from — the Los Angeles Auto Show where Ford is expected to unveil a Mustang-inspired SUV, its first mass-market electric vehicle. (Tesla has a long history of skipping traditional auto shows in favor of putting on its own events.)

Electric cars are slowly growing in popularity around the world, but they still only make up about 1 to 2 percent of the market, depending on the region. At the same time, pickup truck sales have shot through the roof in the last few years (alongside SUV sales), meaning there may be a great opportunity for the first companies to ship a viable electric truck. There’s no release date for Tesla’s electric pickup just yet, but in the next two to three years, an all-electric Ford F-150, an electric pickup from GM, and another electric pickup from EV startup Rivian are slated to hit the market.