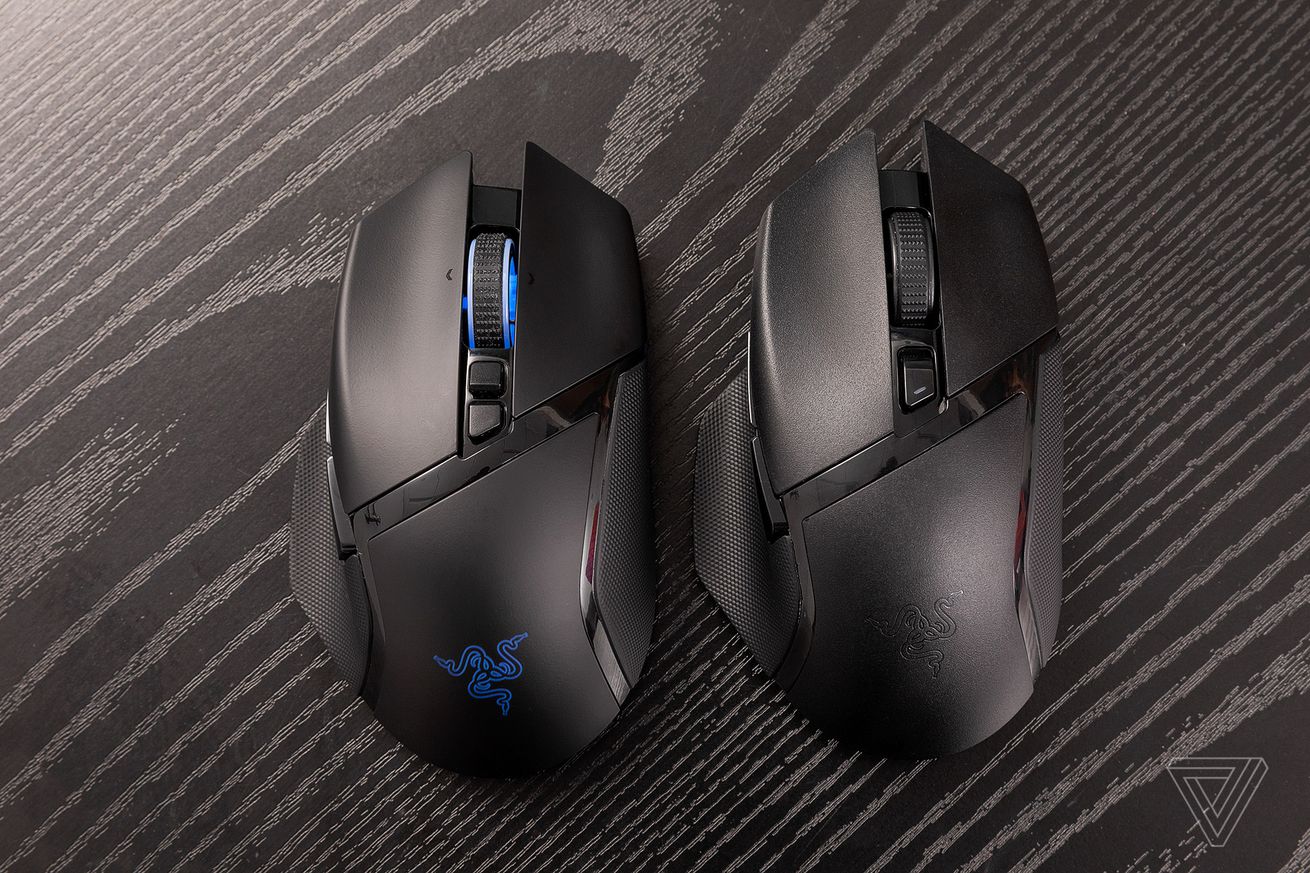 Razer has announced two wireless versions of its ergonomic Basilisk gaming mouse: the Basilisk Ultimate and Basilisk X Hyperspeed. Sitting next to each other, they look almost identical, but one is $149 and the other is $59.

The Basilisk Ultimate is Razer’s premium mouse that’s made for people who want more features and LEDs. The other option, the Basilisk X Hyperspeed, is a solid, comfortable mouse that supports Bluetooth and 2.4GHz wireless, and it has truly incredible battery life. It’s a more pared-down mouse in terms of features, inside and out, but at $59, it might become a very popular option for gamers and non-gamers alike.

Diving first into what the Ultimate offers: it focuses on features that serious gamers might appreciate, like a scroll wheel with adjustable resistance, 11 remappable buttons, pads made of PTFE (polytetrafluoroethylene) on the bottom that allow for smoother travel on a mouse pad, and a 20,000 DPI sensor. The Ultimate also has adjustable liftoff and landing distances so your cursor doesn’t whip around unintentionally during a game, and it boasts up to 100 hours of battery life per charge.

If you never want to be stuck with a dead battery, Razer also offers a magnetic charging dock bundle for $169. Both the dock and the mouse are covered in Chroma LED lighting, which you can modify to your heart’s content in Razer’s Synapse software. The dock costs $50 when purchased separately.

The Ultimate comes with a 2.4GHz dongle, which can be plugged into the dock or your computer, but you can choose to use it as a wired mouse while it charges via the Micro USB cable that’s in the box. Similar to Razer’s ambidextrous Viper, the included cable has “Speedflex” braiding, which is engineered to avoid snagging on your mouse pad when you yank the mouse around.

Everything listed above is exclusive to the Basilisk Ultimate. What Razer’s cheaper mouse offers might seem lacking by comparison, but don’t let its $59 price tag fool you. It has a 16,000 DPI sensor, a decent selection of buttons (six versus 11), and just like the Ultimate, the X Hyperspeed feels comfortable in my hand. In my experience playing games with both mice, they seem to perform roughly the same. Those with desk-spanning mouse pads who crank up the DPI settings to allow for large, sweeping movements may notice small differences that warrant spending more money on the Ultimate.

What the Basilisk X Hyperspeed has over its more expensive wireless counterpart is excellent battery life with a single AA battery. According to Razer, battery life ranges from up to 285 hours on 2.4GHz wireless, or up to 450 hours with Bluetooth switched on. Both claims are incredible for a single AA battery, and apparently, it’s going to take me weeks, if not months, to wear it down.

Another cool feature is its ability to operate via 2.4GHz wireless or Bluetooth at the flick of a switch on its bottom. I can see its Bluetooth mode coming in handy if you forget to snag the wireless dongle from your desktop computer before going mobile. Unlike the premium mouse, the Basilisk X Hyperspeed is solely a wireless mouse, as it doesn’t have a Micro USB port. However, since it works with either 2.4GHz or Bluetooth, it’s plenty versatile as it stands.

Of the two, the Basilisk Ultimate will be the better choice for those who need a more capable sensor, more buttons, a scroll wheel that can be fine-tuned, and Chroma LEDs to sync with other Razer peripherals. But if you question your need for any of those, Razer’s $59 mouse seems like it will be more than good enough for most people.

Both mice are available now from Razer.com.